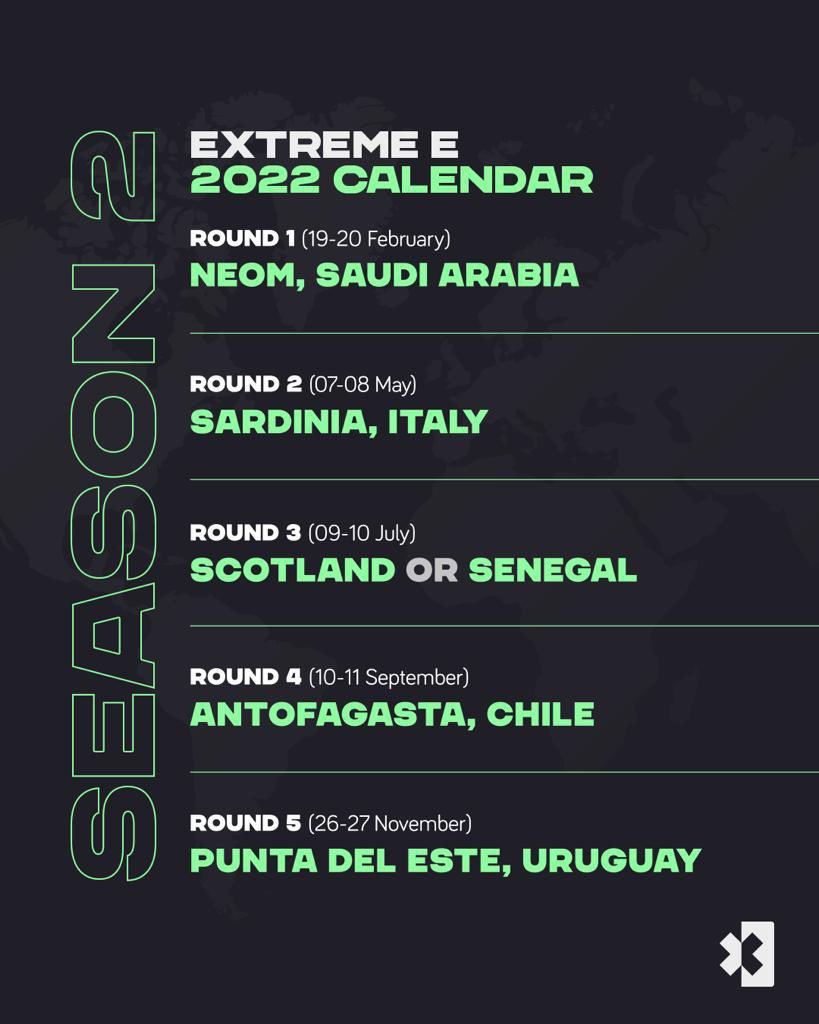 As the series celebrates the end of its inaugural season, Extreme E has its attention firmly fixed on 2022 as it unveils its Season 2 calendar.

The sport for purpose championship takes place in off-road locations as part of its mission to drive awareness of climate change issues, such as global warming, melting ice caps, rising sea levels, wildfires and extreme weather, whilst promoting sustainability and the adoption of electric vehicles to help protect the planet.

Alejandro Agag, CEO and Founder of Extreme E, said: “After a spectacular opening season we are thrilled to be in a place where we can announce our Season 2 calendar.

“All of us here at Extreme E are looking forward to revisiting some of the amazing race locations from the 2021 season to see for ourselves the positive impact our electric series has had and to see what more we can bring to the communities there. We also very much hope to add South America to our list of continents, and with visits to both Chile and Uruguay planned, it is shaping up to be another exciting season.”

The third race of the campaign, set to take place in July, could see the electric off-road series visit either Scotland or the more familiar Senegal. With agreements currently being finalized, updates on the third slot in the Extreme E race calendar are coming soon.

The St. Helena – the former Royal Mail Ship – provides the championship’s floating centerpiece – carrying the series’ vehicles, logistics equipment and paddock infrastructure as well as playing host to scientific research with its on-board laboratory, all in a bid to lower the impact of the travel logistics compared to air travel.

Head-to-head races, known as an X Prix, take place over two days, within an area no larger than 10km2, with each team fielding a male and a female driver who each complete a lap of the racecourse, including a Driver Switch incorporated midway. Course designers have been tasked with carefully selecting course options, which provide the most challenging, exciting action, using existing obstacles and features with elevation changes and jumps, in order to minimize environmental impact.

Race organizers undertake thorough environmental, social and economic assessments of each location with a local third party, overseen by EY in order to safeguard environmental protection, social inclusivity and fair practices. These reports have influenced the way Extreme E operates from water consumption, waste management and lighting on-site through to land management and ensuring the series races without a trace after the X Prix has finished.

Additionally, in each location, Extreme E works alongside local experts, governments and NGOs to implement positive legacy initiatives dependent on regional needs. Examples of Legacy Programs in Season 1 have included; the funding of a turtle conservation project along the Red Sea coastline; the planting of one million mangroves with NGO TO.org and Oceanium in Senegal; cocoa agroforestry and Amazon conservation with The Nature Conservancy in Pará state, Brazil; and the creation of a climate education syllabus for over 3,500 school children across Greenland with UNICEF. 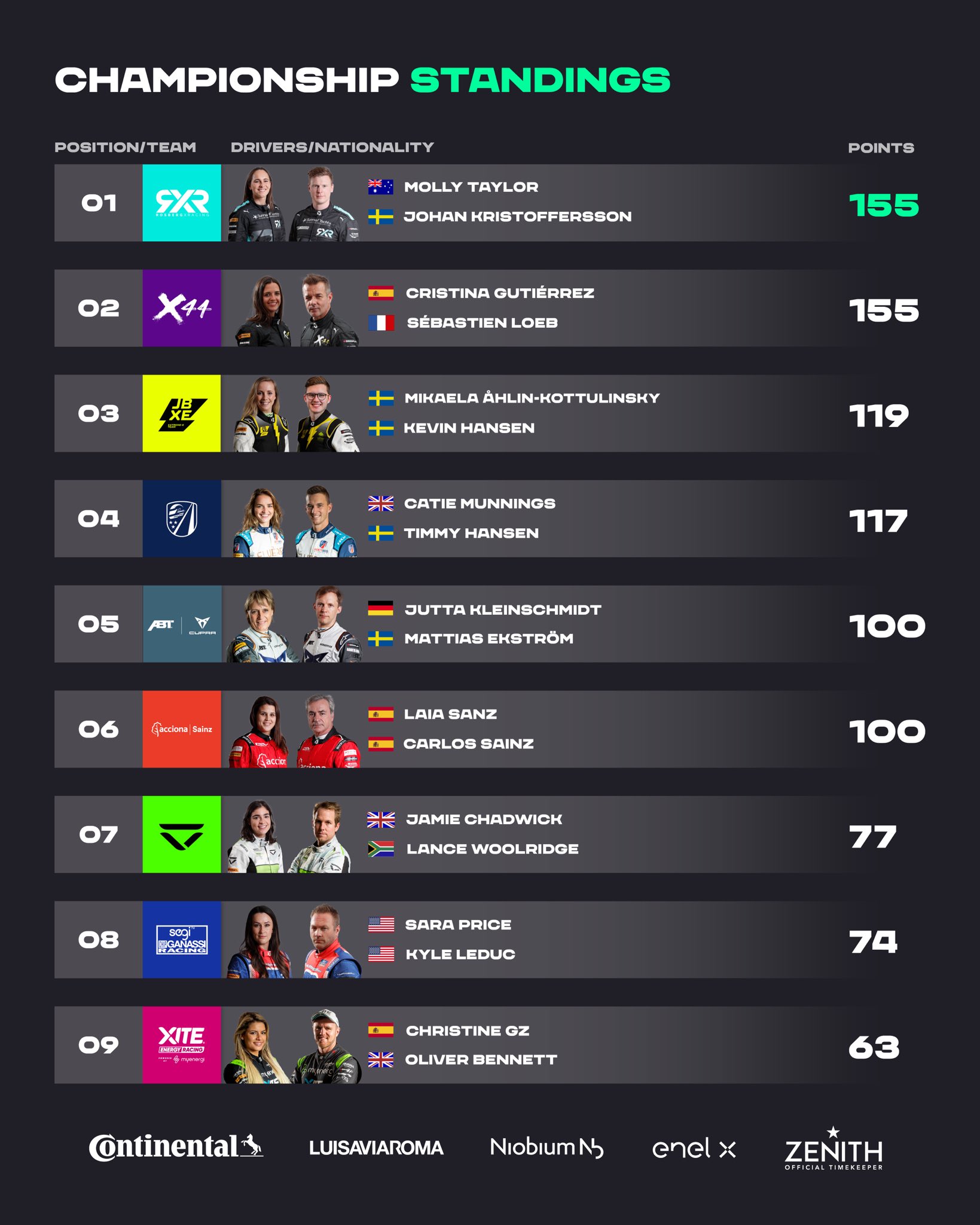