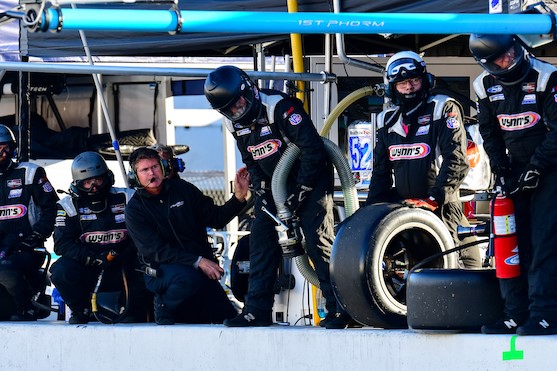 Thomas, Bomarito and Pierson will hit the track for the first time as new teammates at the Roar Before the 24, in preparation for the Rolex 24 At Daytona where they will be joined by the experienced two-time Le Mans winner, Harry Tincknell, who finished 3rd in the 2021 DPi points and also achieved victories at Sebring and Watkins Glen

“We have assembled an outstanding group of new drivers for the #11 car to compete in the 2022 Rolex 24 hours of Daytona.” said Ray Mathiasen, Team Principal. “They bring together the experience, youth and driving skill to compete successfully at this very difficult race. Jonathan and Harry have years of experience at this race most recently as teammates with the Mazda DPi program. Josh brings that youthful enthusiasm and energy in his first attempt at the 24-hour race. Steven was one, if not the toughest competitors we had in our successful 2021 LMP2 championship season. I’m glad he is with us now. We have been waiting for a long time for the opportunity to bring Jonathan back to our team, The last time he drove for us was in 2008 when we almost won the Atlantic championship. I anticipate great things from this group.”, he concluded.

“It’s been a longtime coming for our small and tight knit team to become a two car program”, said Team Principal Bobby Oergel. “The last couple of seasons have been great with multiple Championships and great programs within them. The opportunity to now grow and add the #11 Car into our program is very unique and exciting for us in these trying times around the world.”, he finalized.

Steven Thomas #11 PR1/Mathiasen Motorsports Oreca 07 LMP2
“I and WIN Autosport joined PR1 to win the championship. Bobby O’s proven record of winning in LMP2 is unmatched. It’s been a rocket-ship ride since my first time driving a race car 3 years ago, and last year’s poles and podiums made me believe we could achieve even more with PR1. Jonathan Bomarito as my co-driver for the season brings elite speed and experience, and I am excited to see Josh Pierson’s talent prevail in the endurance races. Because I try to drive with all the former Mazda factory drivers, we have lightening quick Harry Tincknell for Daytona too.”

Jonathan Bomarito #11 PR1/Mathiasen Motorsports Oreca 07 LMP2
“This is definitely a coming home for me since I’ve raced for both Pr1 and Mathiasen Motorsports in the past. There are so many great people involved with this program, and I am really looking forward to getting to the racetrack! Steven and Josh have been really fast and easy to work with, which makes for a great working environment. The three of us will be a strong lineup for the endurance races. With Harry joining us for Daytona, this will make us even stronger, and I’m excited to be racing with him again. We have all the pieces in place to compete for wins this year!”

Josh Pierson #11 PR1/Mathiasen Motorsports Oreca 07 LMP2
“I’m very humbled and excited to be Joining PR1 Motorsports for the IMSA season. Excited to be participating in the long races with Jonathan Bomarito, and Stephen Thomas for the 24 hours of Daytona.”