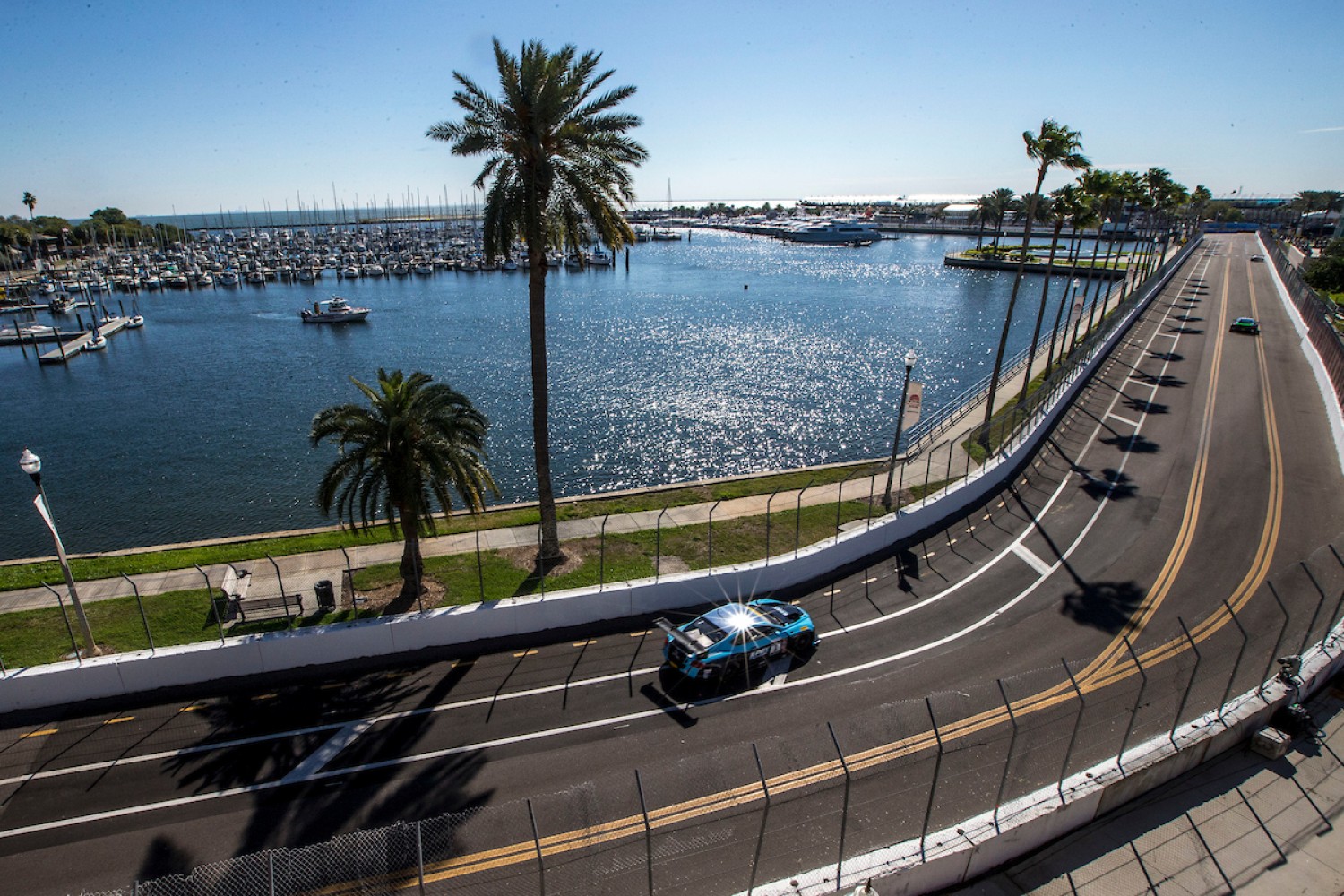 For 2022, the second edition looks to capitalize on the momentum GT America has shown in its debut season. The originally announced schedule featured many of America’s top circuits like Indianapolis Motor Speedway, Road America, and Sebring. Plus, the newly introduced Music City Grand Prix in the heart of Nashville added the extra flair to bring GT racing back to IndyCar race weekends.

The now eight-round championship will kick-off the new season at the Grand Prix of St. Petersburg in Florida on February 25th – 27th, 2022. The streets of St. Petersburg are no stranger to SRO America competition, with Pirelli GT4 America and TC America powered by Skip Barber racing on the temporary circuit last in 2019.

“We’re really excited to add the Grand Prix of St. Petersburg back to our SRO America calendar,” said president and CEO of SRO Motorsports America, Greg Gill. “GT America powered by AWS brings high-tech sports cars from the top-tier brands, with world-class GT drivers to the streets for an unforgettable experience.” 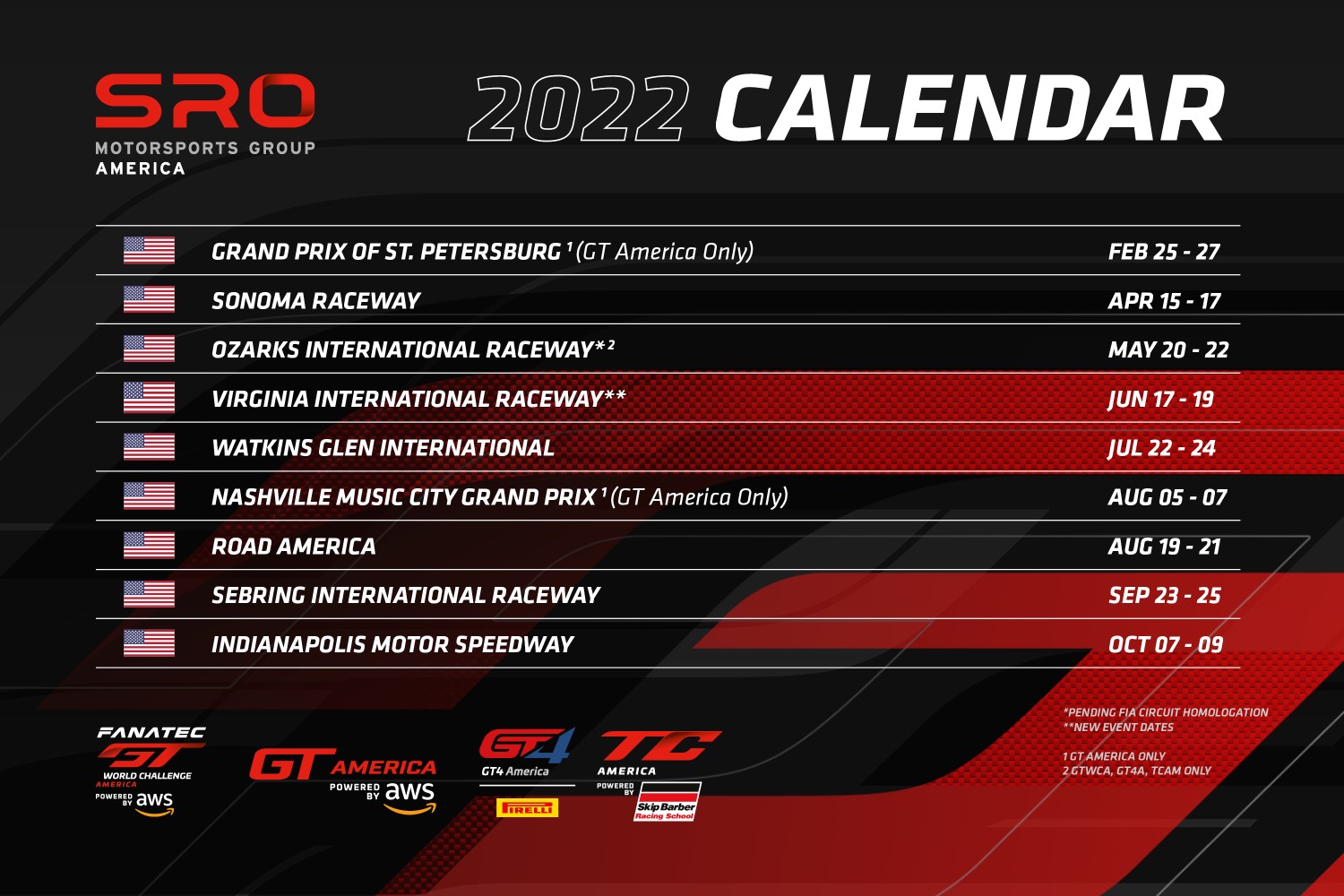