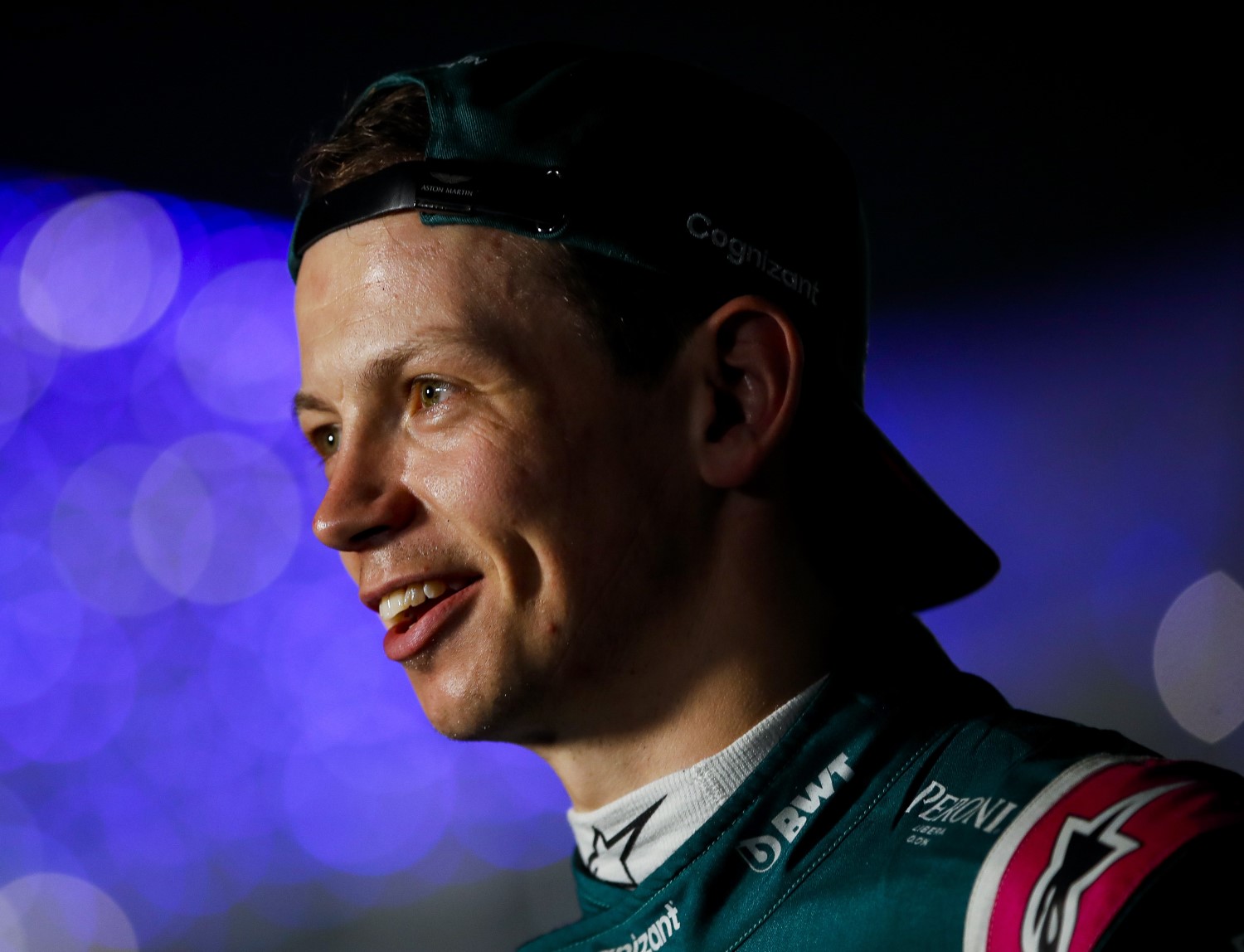 After the test in Abu Dhabi in the 2021 car Yelloly said, “We covered off set-up options, some aspects of next year’s car and some specific direction in set-up, so I could get a feeling of how they compared to running in the simulator,” Yelloly is quoted as saying by PlanetF1.  “We have been working on the 2022 car for a long time, with our first running in the sim back in March.

“Obviously, when we get the new car on the track, that will be the main point. But in general, the car feels very, very good, and we test each new idea out on the simulator before even thinking about any build process.

“We have made big gains since March, and now we look forward to the February running in Barcelona.”

Yelloly took part in the recent young drivers’ test at the Yas Marina Circuit in Abu Dhabi with Aston Martin as he looked to ensure maximum correlation between simulator and car.

“It’s very close!” Yelloly said of the correlation.  “I was surprised in the way I found the car in comparison to the simulator, but there are little nuances – for example, the way the tire slides, the feeling of braking and the reaction of the car over certain curbs.

“They are small areas we can look at, but in general, the simulator is in a very good window and it really helped me dial in my driving to the car early on.

“So it’s given a few things to work on to take us to an even higher level, and soon I’ll be back in the simulator for a correlation day.”

Valtteri Bottas does not think Formula 1’s 2022 cars will have a totally different feel for drivers compared to the current generation of machinery.

Bottas said: “At least at that point, it felt like the cars are a bit off in terms of downforce.

“But the overall feeling, at least in the sim, wasn’t that dissimilar in either of the simulators. We can’t simulate following other cars and stuff like that, but it’s not crazy different. Maybe still a bit less downforce but, like I said, that will change.”

“Definitely there will be a slightly different style,” said Norris recently when asked by Autosport about the differences.

“But I could be wrong because things are always changing. It’s like what I drove one month ago is going to be quite very different to what I drive now, and it’s going be very different probably again when we get to the first race.”