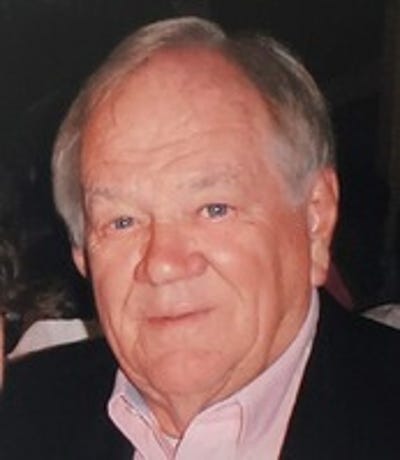 Carl Horton, the man who “brought an unparalleled level of care” to IndyCar through his safety vehicles, died Sunday, Dec. 12 at the age of 87.

Horton developed the first van ambulance in 1968 and established the Horton Company and the Horton Safety Team. The team became CART’s official medical unit in 1983.

“Carl was a true visionary. Much of what we know of ambulance design today started with Carl,” Horton Emergency Vehicles posted on its Facebook page Dec. 13. “Hearse style ambulances were the norm before he started building vehicles himself using a van platform. … When you look at that vehicle today, knowing what it was replacing in the industry at the time, it’s really amazing to see how advanced his thinking and vision were.”

Horton’s initial interest in racing safety came after Horton saw the pits engulfed in flames during the 1981 Michigan 500.

“What I saw on TV that day started me thinking about what I could do to help,” Horton said in a 2008 RACER article by David Phillips. “I had been sponsoring racecars and motorcycles for some time, but I decided to put that money to better use.”

A team of medical and rescue personnel, along with rescue vehicles, soon appeared at all CART events.

“The safety team became the gold standard for motorsports rescue and medical care,” Phillips wrote. “It’s no exaggeration to say that it was the catalyst for dramatic upgrades in on-track rescue and medical operations around the world, up to and including Formula 1.”

Carl Horton was a big contributor to that era of improving safety and we were so comfortable having Doctors Olvey and (Terry) Trammell,” Wallenbach said. “Those guys contributed a tremendous amount to the sport and we created a safety team that was second to none.”

Dr. Jay Phelan, a member of the medical staff for Horton Safety Team, wrote an op-ed to the Los Angeles Times on Aug. 26, 1989 after a crash involving Phil Krueger during the Michigan 500.

“This was a very unusual occurrence, something that probably could not have been predicted or prevented. Fortunately, my colleagues were on the scene almost immediately, and Krueger received appropriate emergency medical care, which ultimately may prove to have saved his life,” Phelan wrote. “When all the safety systems designed into the car are not quite enough, it is reassuring to know that CART and Carl Horton have been willing to support a safety team that is well-equipped and ready to respond.”

The Horton Safety Team is now the Holmatro Safety Team, which provides rescue equipment for the AMR IndyCar Safety Team.

Carl collected and restored many cars and Harley-Davidson motorcycles for many years. He was an avid model builder, constructing hundreds of models in his lifetime. Carl was active in his community, serving on various Boards including the Children’s Hospital of Columbus and Star Bank. He was involved with YPO and WPO organizations and was a longstanding member of Scioto Country Club.

He will be greatly missed by his wife of 35 years, Judy; his children, Tracey, Peter (Mary), Tim (Julie), and Heidi; his grandchildren, Nathaniel, Will, Reed, Anna, Emily, McCoy, and Lydia; his sisters-in-law, Nancy Grube, and Bobbie (Vance) Fritton; his niece, Julie (Dave) Hutt; and many other nieces and nephews.

A special thanks to the OhioHealth Hospice, doctors, nurses, and aides, especially Charles, Melissa, and Beth.

Friends and family are invited to a Memorial Service to be held at 2PM on Monday, December 27, 2021 at SCHOEDINGER NORTHWEST, 1740 Zollinger Road, Upper Arlington, Ohio 43221, followed by visitation from 3-5PM.

The Memorial Service will be recorded and available through the Schoedinger website, for those not able to attend in person. In lieu of flowers, friends who wish may donate to the Ohio Health Hospice, Columbus, OH. Online at: https://foundation.ohiohealth.com/programs/hospice-giving) or by mail at: OhioHealth Foundation, 3430 OhioHealth Parkway, Columbus, Ohio 43202. To share memories or condolences, please visit www.schoedinger.com.