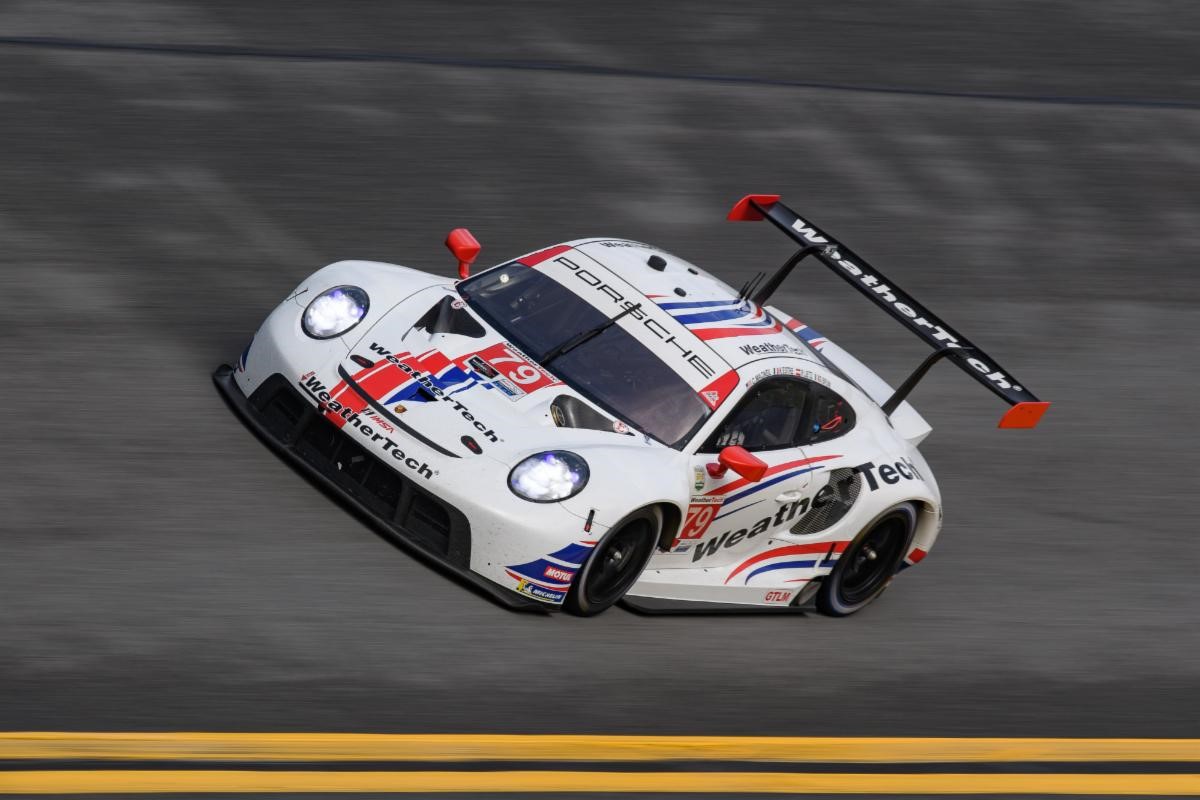 WeatherTech Racing will be competing with two cars in the new IMSA WeatherTech SportsCar Championship GTD Pro Class in next month’s season-opening Rolex 24 At Daytona, Jan. 27-30.

Cooper MacNeil (Hinsdale, Ill.) will be spending time behind the wheel of the No. 97 WeatherTech Racing Mercedes-AMG GT3 and No. 79 WeatherTech Racing Porsche 911 GT3 R cars for the twice-around-the-clock classic next month. Both cars will be prepared by Proton Competition.

Piloting the No. 79 WeatherTech Racing Porsche 911 GT3 R will be MacNeil, who will be joined by Julien Andlauer (France), Matteo Cairoli (Italy), and Alessio Picariello (Belgium).

“The Rolex 24 is the equivalent of our Super Bowl,” MacNeil said. “Winning this race has been one of my racing goals since I started. I’ve won Sebring twice, Petit Le Mans three times, been on the podium at Le Mans twice, been a multiple series champion, and now need to win the Rolex 24. I’ve finished second at the Rolex 24 but they don’t give a watch out for second place. With two cars from different brands I think we have good shot at being on the top step of the podium come Sunday afternoon on the 30th. I am looking forward to the challenge of driving both cars and considering our driver line-up I like our chances.

“For the remainder of the season I will run the No. 79 WeatherTech Racing Porsche 911 GT3 R in GTD Pro with Julien Andlauer.”

The 2022 IMSA WeatherTech SportsCar Championship season will start with the traditional Roar Before the 24 test at Daytona International Speedway, January 22-24. The 80th running of the Rolex 24 At Daytona will take the green January 29.