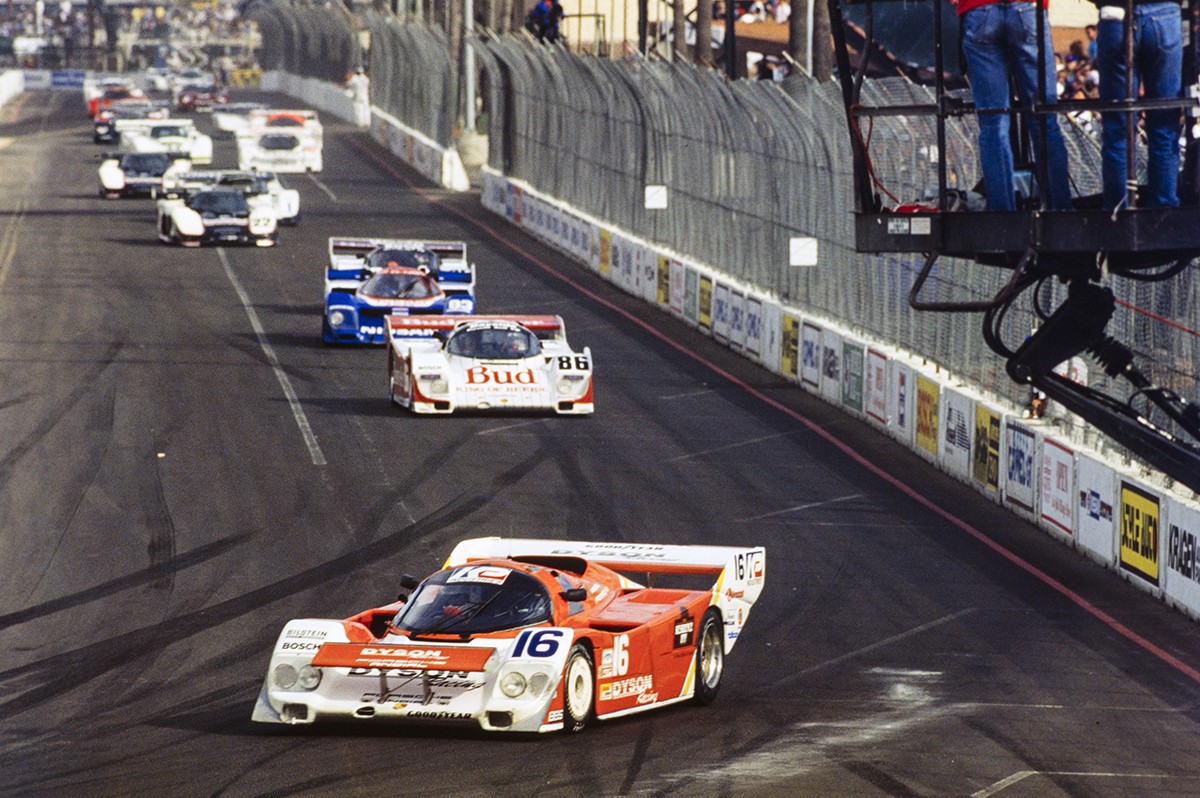 This April 8-10, Acura Grand Prix of Long Beach fans will get an eyeful – and earful – of sports car history when the Historic IMSA GTP Challenge, featuring prototype sports cars from the 1980s and 1990s, lights up the track for a doubleheader weekend.

The twin 20-minute races will run Saturday, April 9 along with the IMSA WeatherTech Championship race and Sunday, April 10, the same day as the NTT INDYCAR SERIES race.

The historic event at Long Beach will be sanctioned by the Historic Motor Sports Association (HMSA).

“What a great way for Long Beach fans to remember the ‘heyday’ of IMSA sports car racing,” said Cris Vandagriff, president of the HMSA. “These cars were a part of so many classic moments back in the 1980s and 1990s. It will be so exciting to see these cars on the Long Beach racecourse for the first time. It’s going to be quite a show – all the cars will be authentic in every detail including the livery they ran at the time.”

“We are excited to be able to showcase these vintage GTP cars to our fans twice during our race weekend,” said Jim Michaelian, Grand Prix Association of Long Beach President and CEO. “It’s going to be an incredible experience – and a bit nostalgic – to see and hear these cars roar down the City streets.”

The 2022 Acura Grand Prix of Long Beach will be headlined by the NTT INDYCAR SERIES, as well as the IMSA WeatherTech SportsCar Championship. In addition to the historic IMSA GTP cars, the weekend will include the Super Drift Challenge under the lights on Friday and Saturday nights plus doubleheader action from Robby Gordon’s SPEED UTV Stadium Super Trucks and the new-for-2022 Porsche Carrera Cup North America.