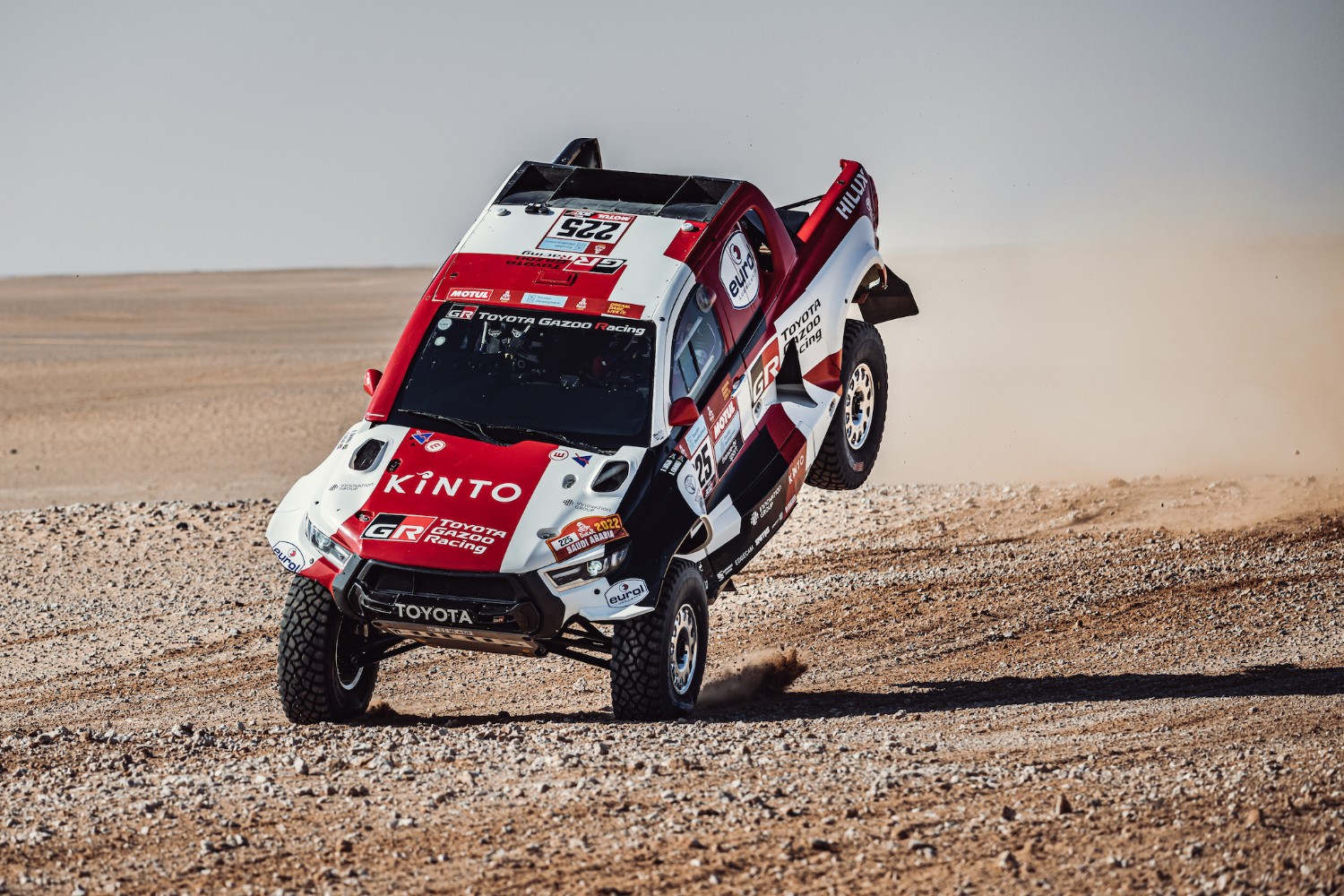 After having driven for a long time with his door open, Henk Lategan has just reached the finishing line and the South African has deprived WRC legend Sébastien Loeb of victory, beating him by 1’58’’.

Lategan, who has often met with bad luck since his participation on the Dakar last year, has picked up his very first success. This time he Capitalized on his rivals’ misfortune, scoring a stage win in only his second appearance in Dakar, beating the Prodrive/Bahrain car of Loeb by just under two minutes.

Lucio Alvarez has climbed on to the third step of the day’s podium, though Mathieu Serradori misses out on the top 3 by just 14 seconds.

Sainz’s Audi came to a halt 201km into the stage with suspension problems, forcing him to call upon teammate Peterhansel for help.

The Spaniard had been running as high as fifth at the fourth checkpoint, just over three minutes behind the leaders.

Apart from Sainz, several other notable contenders including de Villiers, stage winner Lategan and Prodrive’s Nani Roma sit outside the top 20 going into Friday’s sixth stage, which will also take place near the Saudi capital.