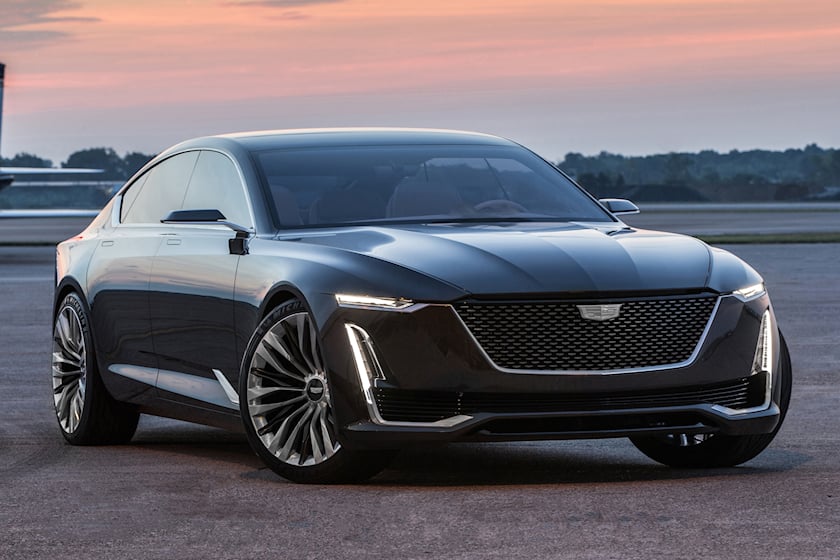 The Cadillac Celestiq luxury sedan will be among the first GM production vehicles to receive its advanced Ultra Cruise autonomous driving assistant, the automaker announced today.

During its CES 2022 presentation, GM confirmed the upcoming Cadillac Celestiq, a full-size battery-electric luxury sedan expected to cost around $200,000, would be among the first vehicles to integrate Ultra Cruise when it enters production in 2023. Compared to the existing Super Cruise system, which only enables hands-free driving on highways, Ultra Cruise is described as a “door-to-door” hands-free driving system that will enable hands-free operation in 95 percent of all traffic scenarios. [Note: Good luck with that!]

“Customers will be able to travel truly hands-free with Ultra Cruise across nearly every road including city streets, subdivision streets and paved rural roads, in addition to highways,” the automaker said of the system previously.

Super Cruise will remain in the GM portfolio following the introduction of Ultra Cruise, serving as a less expensive driving assistant for the automaker’s mass-market products. As such, the automaker plans to expand Super Cruise’s availability to 22 models by 2023, including on more affordable Chevy, Buick and GMC products.

The Cadillac Celestiq, meanwhile, is the forthcoming flagship product from the American luxury brand and will target other pricy, high-end luxury sedans like the Mercedes-AMG EQS. The Celestiq will be built atop the GM BEV3 all-electric platform, incorporating its Ultium modular battery technology and Ultium drive motor technology. The sedan will also be styled after the sleek Cadillac Escala concept, commanding attention with large, expressive exterior dimensions and a swooping fastback profile. 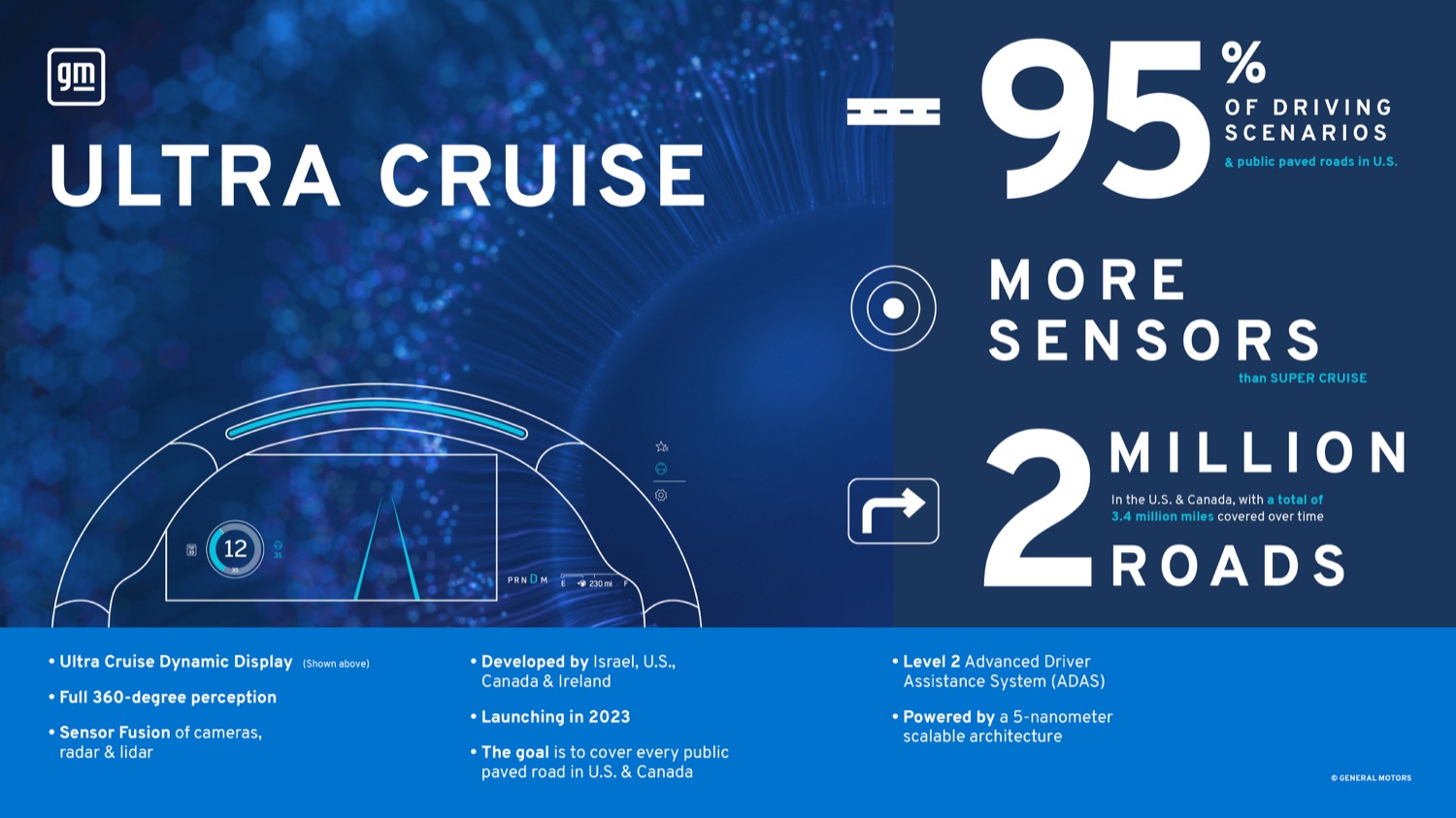