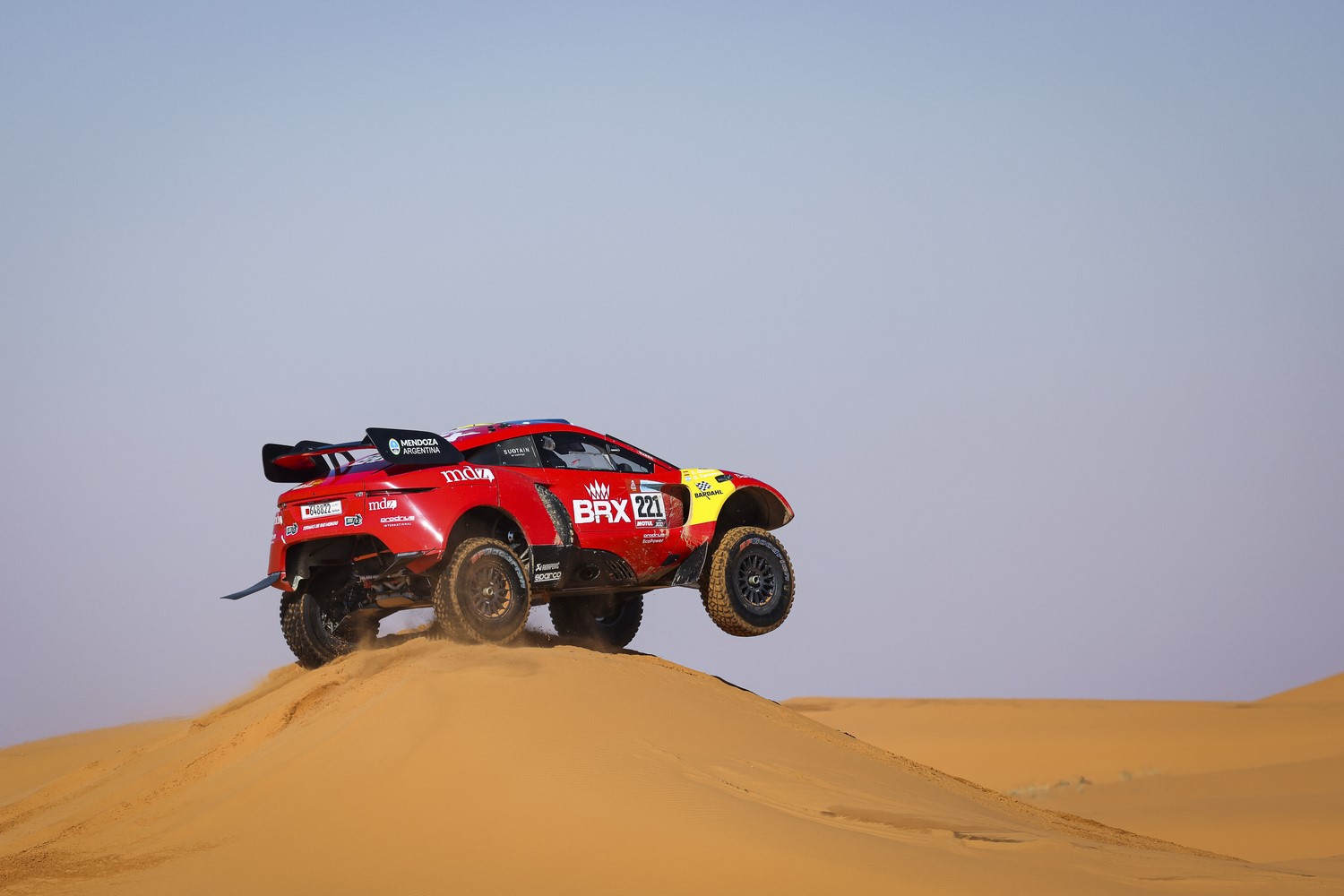 Orlando Terranova has tasted victory on the day’s special stage – Stage 7. Among the most experienced drivers on the Dakar, the Argentinean has triumphed for the first since 2015.

After Stéphane Peterhansel and Carlos Sainz, Mattias Ekstrom is the third of the Audi Sport clan’s representatives to climb onto the stage podium this year. The Swede has finished one minute behind the Prodrive driven by Orlando Terranova, a team-mate of Sébastien Loeb and Nani Roma with BRX. Yazeed Al Rajhi, who stopped to help Yasir Seaidan yesterday following an accident, has finished on the third step of the podium.

Unless a time penalty changes the situation, Sébastien Loeb will drop town into third place in the general rankings by six seconds. Yazeed Al Rajhi moves into second place, 50’19’’ behind Nasser Al-Attiyah who is starting to soar away.

On completion of the stage, Sébastien Loeb had taken advantage of Nasser Al-Attiyah’s time losses on the final part of the special to only concede 15 minutes to the Qatari in the general rankings.

Wei Han has sprung a surprise by placing his SMG in front of the Toyota driven by Nasser Al-Attiyah, completing the special almost six minutes behind Orlando Terranova. Han boasts the best result by a Chinese driver on the Dakar, with a 10th place in 2020, and repeated the feat last year, before running into mechanical problems preventing him from doing better. For 2022, he is assisted by Li Ma, his new co-pilot, with the firm intention of making a difference, which is what they are doing at the moment!

After his fifth victory yesterday, Seth Quintero was clear about his intentions of beating the record for the largest number of stage wins on a single and same Dakar. Today, the American sustained his momentum by winning the day’s special.

Andrey Karginov has reached the finishing line with the day’s best time. The Russian, who dominated the 2020 edition, is trying as hard as possible to claw back the 1 hour and 30 minutes stuck in the mud on stage 4. However, he has only regained 9 seconds on Dmitry Sotnikov, the current leader of the general rankings, and 45’’ on Eduard Nikolaev. On this 44th edition of the Dakar, there has been a Kamaz driver on the top step of the podium each day…

Today’s stage was cut short due to poor conditions. Race organizers called a halt to the special stage with 101 kilometers completed, a quarter of the scheduled total.

As had previously been predicted, today’s stage was held amid dismal track conditions, given that the cars, SSVs and trucks had competed over the same route a day earlier. Riders set out well-aware that they would have their work cut out on this tough, physical stage. However, the race organizers quickly realized just how treacherous the route was for most riders: “The deterioration of the track due to the passage of cars and trucks yesterday, combined with recent torrential rains, has made the route impassable,” announced the ASO mid-stage. Furthermore, the organizers’ communiqué stated that “the classification for the sixth stage will be established at kilometer 101”. Therefore, the final stage length was approximately a quarter of the originally scheduled total.