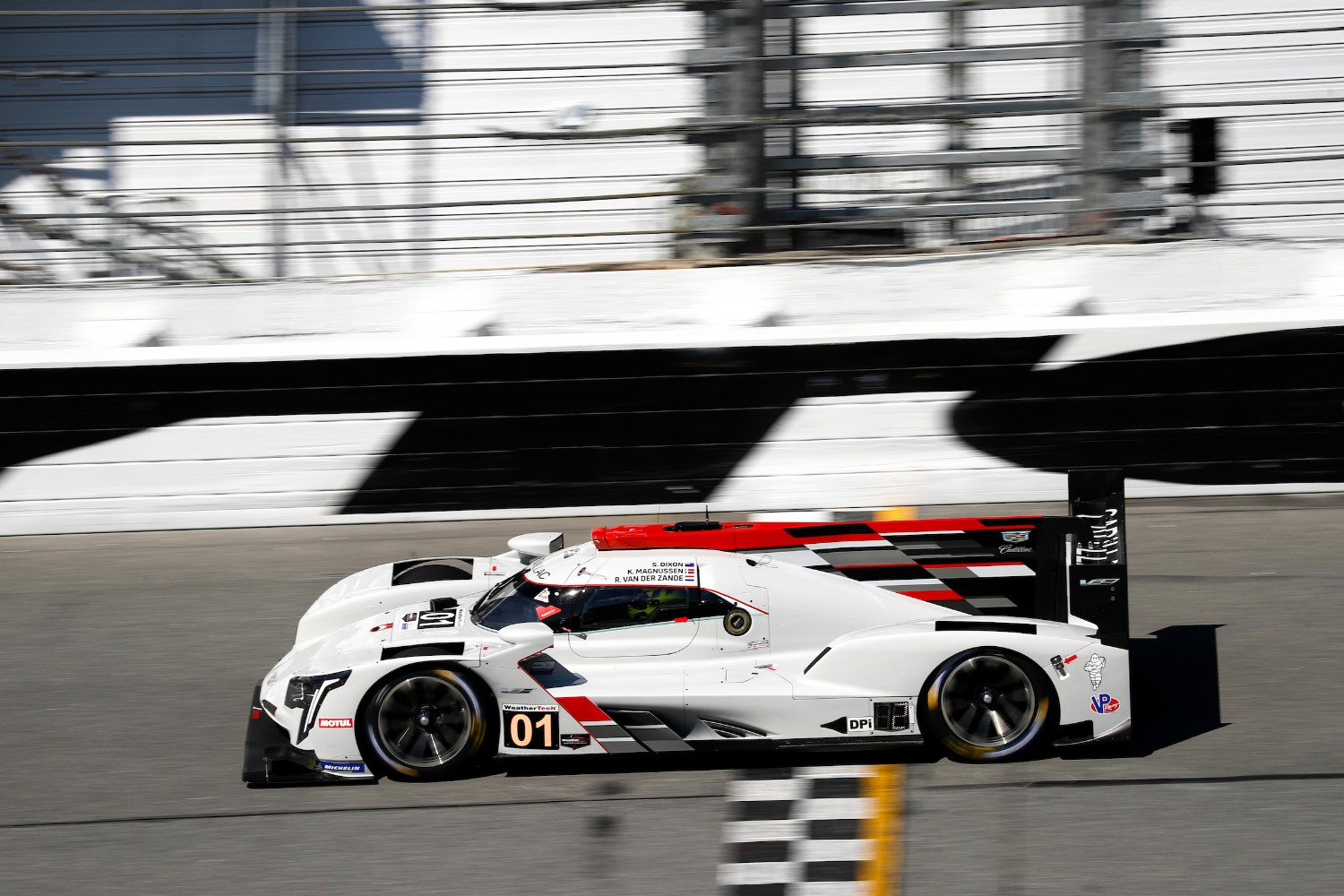 Earl Bamber and Alex Lynn will be the full-time co-drivers of the No. 02 Cadillac Accessories Cadillac DPi-V.R and will be joined by Kevin Magnussen and Marcus Ericsson for the Rolex 24 At Daytona.

“Our Cadillac drivers lead by example,” Chip Ganassi Racing Managing Director Mike Hull said. “Each have already won on the world stage. They unselfishly mirror each other’s performance on and off track. Their equal experience combined with skill set is driven through zero agenda.

“In today’s world of equal performance standards, the driver’s contribution is the ultimate separator. Our roster has eight of the very best in equal Cadillacs. Bamber, Bourdais, Ericsson, Dixon, Lynn, Magnussen and van der Zande — this group drives as one.”

Van der Zande, entering his second season with the team, has accumulated 15 wins and the 2016 Prototype Challenge (PC) championship in an IMSA career dating to 2013. He co-drove a Cadillac DPi to victory in the 2019 and 2020 Rolex 24 At Daytona and in the 2018 and 2020 Motul Petit Le Mans. In 2021, van de Zande co-drove the No. 01 V-Performance Academy Cadillac DPi-V.R with Magnussen to victory in the Chevrolet Sports Car Classic at The Raceway on Belle Isle.

Bourdais, a four-time INDYCAR champion, returns to the Ganassi team where he drove in its GT Le Mans (GTLM) program from 2016-19 – including a historic class win at the 2016 24 Hours of Le Mans. Bourdais has driven a Cadillac DPi-V.R the past two seasons for JDC-Miller MotorSports, earning a victory at Sebring.

Lynn is also a Twelve Hours of Sebring winner in a Cadillac DPi, picking up the trophy in 2017. The versatile driver was the GP3 Series champion in 2014 and the British Formula Renault champion in 2010 and 2011 among notable accomplishments.

Bamber, who co-drove the No. 1 V-Performance Academy Cadillac DPi-V.R in the 2021 season finale, is a two-time winner at Le Mans as part of the Porsche LMP1 program. He drove to the 2019 WeatherTech Championship GTLM title.