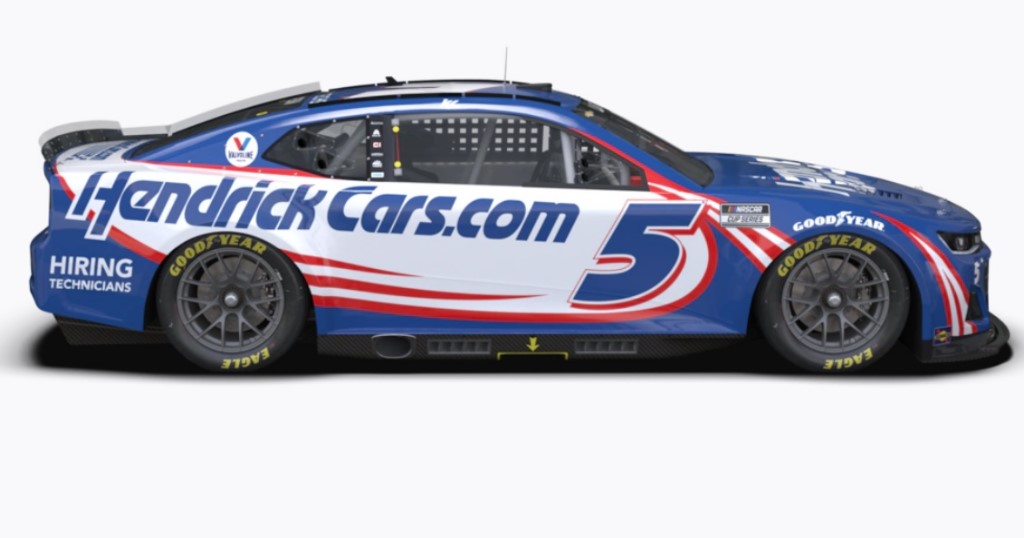 Dale Earnhardt Jr. will be back behind the wheel at Daytona International Speedway this week, driving the No. 5 Hendrick Motorsports Chevrolet in a two-day NASCAR Cup Series test.

Hendrick Motorsports teased Earnhardt’s appearance in a social media post Monday morning, showing his signature skeleton driving gloves with a No. 5 Chevy test car in the background. Testing is set to run Tuesday and Wednesday at the 2.5-mile track. A full entry list from NASCAR officials has yet to be released. Hendrick Motorsports confirmed Earnhardt will drive the No. 5 car and William Byron will drive the No. 24.

Earnhardt later explained on Twitter why he is taking part in the test.

Excited to get more time behind the wheel of this new car. It’s absolutely necessary for me to do my best in the broadcast booth. Thanks @TeamHendrick and @NASCAR for the opportunity.

The Daytona test will mark Earnhardt’s second stint in the Next Gen car that makes its debut this year. Earnhardt shared driving duties with Clint Bowyer in making hot laps at Bowman Gray Stadium in Winston-Salem, North Carolina, last Oct. 26.

Earnhardt, who is slated for induction into the NASCAR Hall of Fame on Jan. 21, last competed in the Cup Series in 2017. He has entered one NASCAR Xfinity Series event in each year since his retirement from full-time competition.