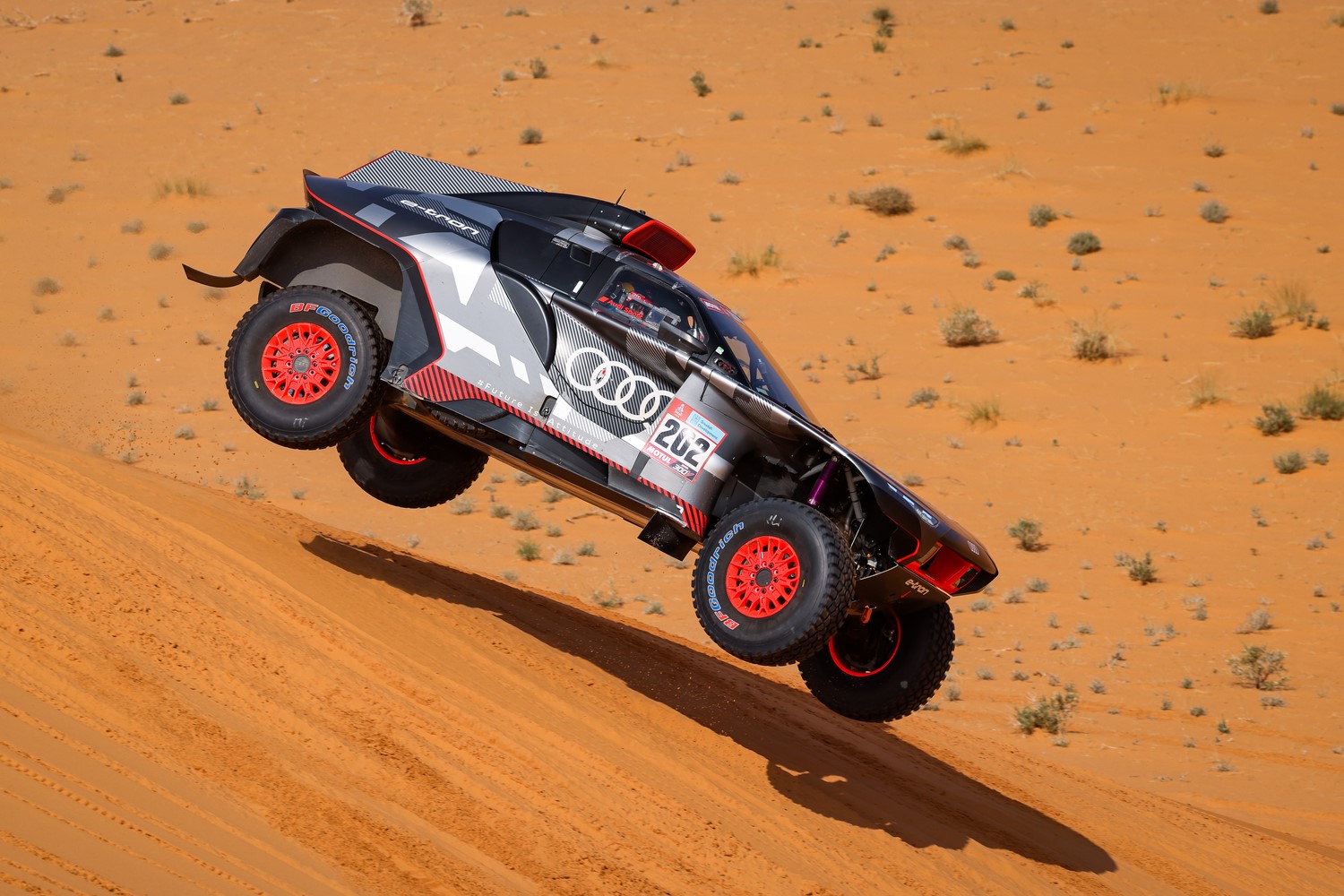 Carlos Sainz has won for the second time this year behind the wheel of his Audi RS Q e-tron. “El Matador” has managed to keep his rivals at a distance to triumph for the 41st time of his career on the Dakar.

It is also Audi’s fourth victory this year, which is not at all bad for the first participation of the German constructor’s hybrid vehicle.

2nd place Sebastien Loeb was been hit with a five-minute penalty for overspeeding in Stage 11, pushing the gap to Al-Attiyah from 28 minutes to 33 minutes.

This still leaves Nasser Al-Attiyah with a comfortable 33m advantage heading into the short final stage to Jeddah on Friday, putting him in a prime position to seal a fourth Dakar win…..barring a major breakdown of his vehicle.

Al-Attiyah and Toyota last scored a Dakar win together in 2019.

BIKES | Sunderland regains the lead of the Dakar

At the finishing line on special number 11, Kevin Benavides has achieved the best time, 4” ahead of Sam Sunderland, 2’26” in front of Hero’s Joaquim Rodrigues and 4’54” ahead of Matthias Walkner.

Pablo Quintanilla has finished in 6th place, 7’40” behind the winner, Adrien Van Beveren in 12th place, 21’33” behind and Joan Barreda in 16th place 25’10” behind. Toby Price, who opened this morning, completed the stage in 18th, 30’47” behind the Argentinean. In the general rankings on the eve of the finish, Sam Sunderland is the new leader of the Dakar with an advantage of 6’52” over Quintanilla and 7’15” over Walkner.

VBA is in 4th position, 15’30’’ behind his brother-in-law and Barreda occupies 5th place, 27’54” behind the British rider. A GasGas, a Honda and a KTM are within a time bracket of scarcely more than 7 minutes.

A little more than a quarter of an hour down, the official Yamaha rider will start the last 164-km long special in 15th position, while the three riders in front of him in the overall classification will start grouped in the top 6. It is far from over yet regarding final victory or for the podium… The last stage of the 44th edition of the Dakar will be decisive!

QUADS | Third victory for Medeiros, Giroud at the foot of the podium

Marcelo Medeiros has won his third special this year ahead of Kamil Wiśniewski et Francesco Moreno, the “closest” rival to Alexandre Giroud. The Frenchman has finished at the foot of the day’s podium, but still boasts a lead of more than 2 hours and 30 minutes over the Argentinean before the last 164 kilometers of the rally… Giroud’s first title on the Dakar, 25 years after his father Daniel, is within touching distance.

Seth Quintero is the first lightweight prototype driver to reach the finishing line. With a lead of more than a quarter of an hour over “Chaleco” López, his nearest pursuer today at the previous time check point, the young Californian can afford to start celebrating his 11th victory of the year. López has just entered the last section with lead of 8 seconds over Sebastian Eriksson, who is second in the general rankings, almost half an hour behind the Chilean. Unless he breaks down, López is heading for the lightweight prototype title.

In the end, Eduard Nikolaev overtook Andrey Karginov’s time at the penultimate time check point and has gone on to win the day’s special, making it victory number three this year. Dmitry Sotnikov completes the 1-2-3, exactly two minutes behind his team-mate. In the general rankings, Sotnikov and Nikolaev are now only separated by a gap of 8 minutes! The last 164 km to race will judge which of the Kamaz drivers will sit on the throne at the end of the Dakar 2022.