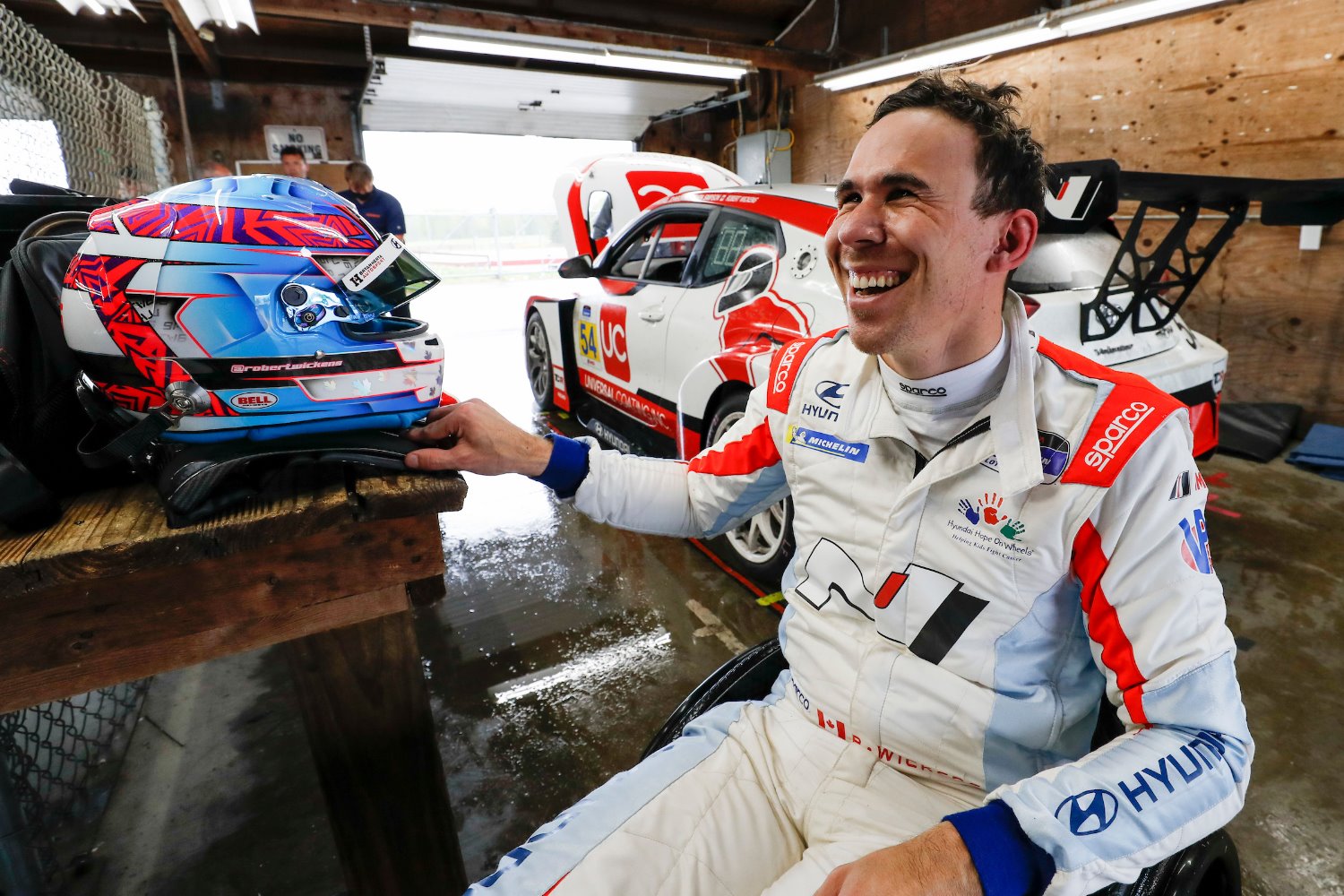 “Today is a monumental day for us as a team and as fans of Robert Wickens,” said Bryan Herta, president of BHA. “We have followed along with Robert’s rehabilitation and marveled at his determination and dedication, along with his many, many fans. To now announce that he will be making his professional motorsports return in one of our Hyundai Elantra N TCR cars is truly incredible. We thank Hyundai for their amazing support and helping us build a path for Robert to get back to where he belongs.”

In May of 2021, Wickens successfully evaluated the BHA #54 Hyundai Veloster N TCR using hand controls. It was his first time driving a race car after 989 days of rehabilitation following an IndyCar accident that left him paralyzed in 2018. Wickens will return to competition, taking the green flag at the IMPC season opener, a four-hour endurance race commencing the Rolex 24 Hours at Daytona race weekend at Daytona International Speedway on Jan. 28. 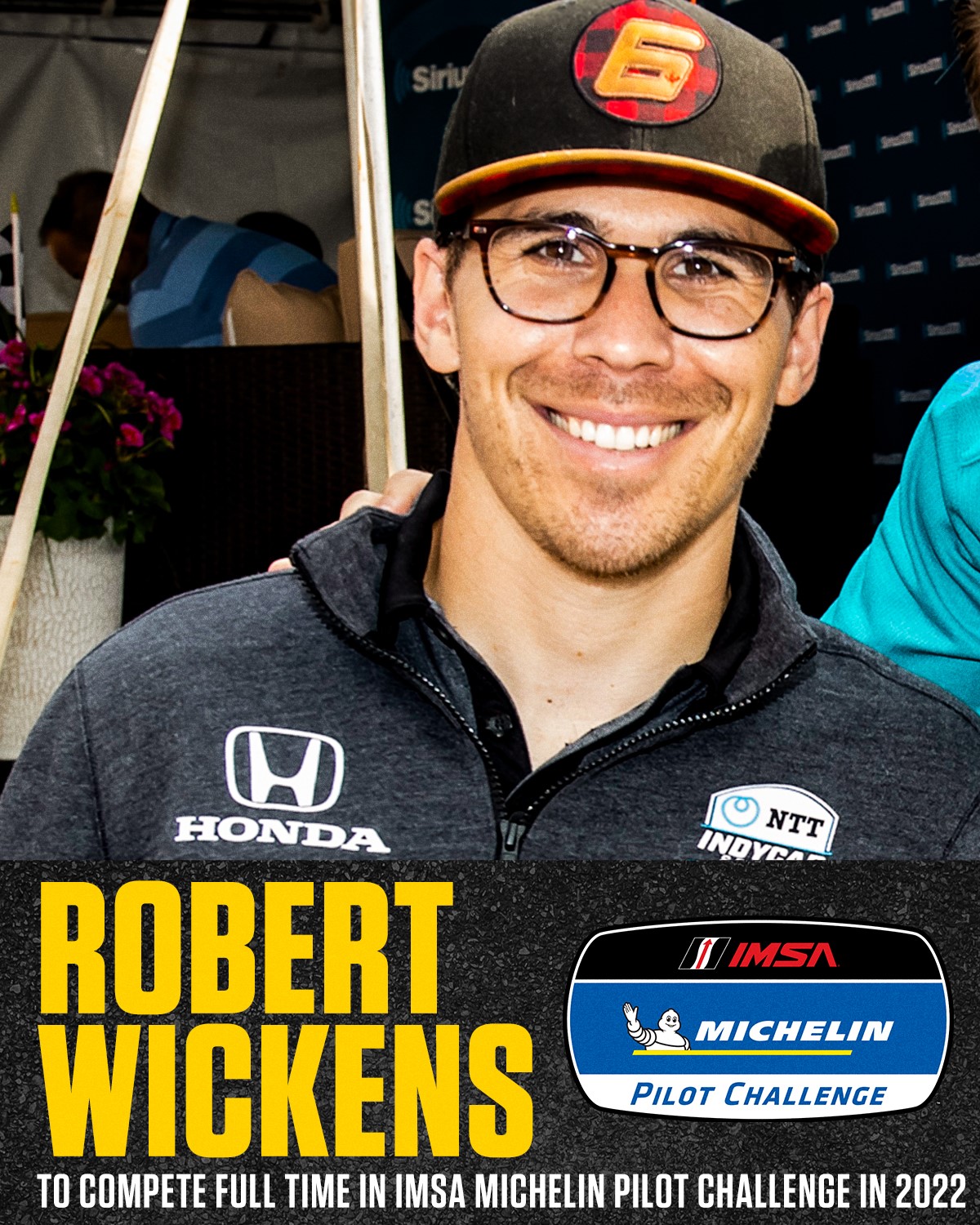 “I’ve spent a lot of nights thinking and dreaming of this moment, and with the support from Bryan Herta and Hyundai it is all becoming a reality,” said Wickens. “I am hungrier now than I was before my accident to compete for wins again! I’m really looking forward to incorporating myself with the entire Bryan Herta Autosport team and finally get my first taste of the Hyundai Elantra N TCR.”

Wickens, a former Formula One test driver, took the American IndyCar scene by storm as a rookie in 2018. He won the pole position and led all but two laps in his first IndyCar race, went on to score four podium finishes and earned the Indy 500 Rookie of the Year honor, all in his first 12 IndyCar races in 2018. Race number 13 of his stellar rookie IndyCar season changed his life forever. Wickens was involved in an accident on lap 7 at Pocono Raceway, where he suffered a thoracic spinal fracture, spinal cord injury, neck fracture, tibia and fibula fractures to both legs, fractures in both hands, a fractured right forearm, fractured elbow, a concussion, four fractured ribs and a pulmonary contusion. Since the accident, Wickens’ perseverance and persistence has led to triumphant breakthroughs in his relentless regimes of physical rehabilitation and therapy that continues daily. Wickens and his team of therapists and trainers have become trailblazers in developing innovative technology and treatment methods for the spinal cord injury community.

It’s been a long, winding, and difficult road to this point and the journey is not over, but thankful we’ll be able to move down the road with a bit more speed!

I’ll be joining @BHA for the 2022 @IMSA season and piloting one of their @hyundai Elantras.

The #33 Hyundai Elantra N TCR has been fitted with a custom hand-control system designed by BHA Technical Director David Brown and Development Technician Jonathan Gormley. The system features a custom metal ring connected to the brake pedal by a series of rods specifically tailored to the Elantra. The ring is attached behind the steering wheel that is pulled with fingers to activate the brake. Two linked throttle paddles and shift paddles, all attached behind the steering wheel, allow the driver to accelerate, shift and make steering inputs. The system also features a switch for Mark Wilkins when he takes over the cockpit in pitstops that deactivates the hand throttle. The Elantra will accelerate and brake using the traditional foot pedals when Wilkins is driving.

Wickens and Wilkins join the previously announced 2022 BHA driver lineup featuring six Elantra N TCR entries to defend the team’s trifecta of series titles, and they will vie for Hyundai’s third straight manufacturers title. The 2022 season kicks off with the season opening test days, the “Roar Before the Rolex 24,” at Daytona International Speedway, Jan. 21-23, 2022. Round one of the 2022 IMPC season takes place the following weekend with the BMW Endurance Challenge, a four-hour race during the Rolex 24 Hours at Daytona race weekend on Friday, Jan. 28, 2022.