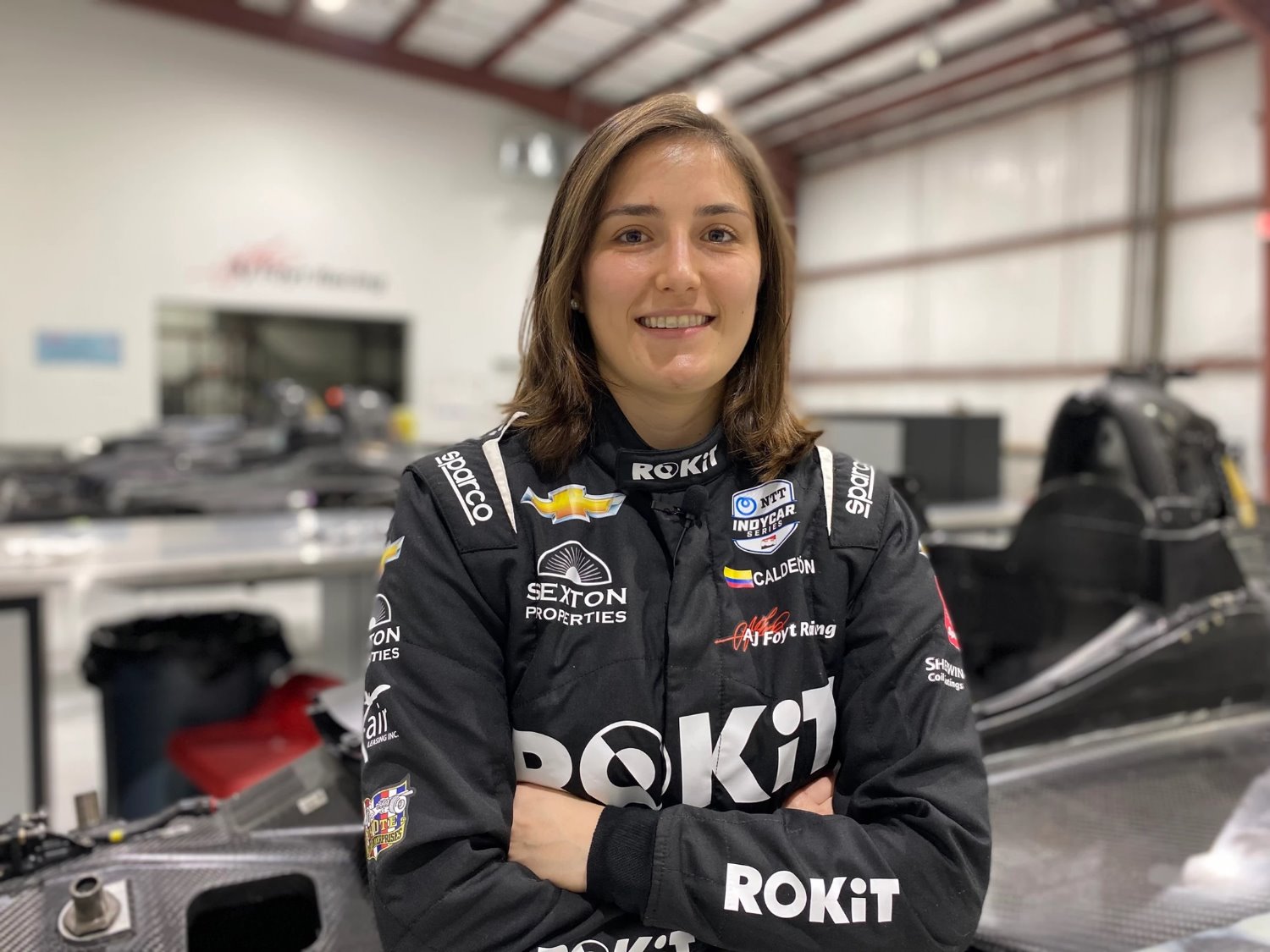 ROKiT Group is expanding their marketing partnership with AJ Foyt Racing for 2022 as the team will enter two ROKiT-branded Chevrolets in the NTT INDYCAR Series with Tatiana Calderón hired to drive the No. 11 ROKiT Chevrolet.

The agreement expands AJ Foyt Racing to a three-car team, with the previously announced Kyle Kirkwood in the No. 14 ROKiT Chevrolet and veteran Dalton Kellett in the No. 4 K-Line Insulators USA Chevrolet.

A.J. Foyt, who turned 87 yesterday, will be experiencing another first in his iconic career which spans eight decades. Calderón becomes the first female driver to compete for the legendary Texan. The 28-year-old Colombian native is set to drive the street and road courses. No driver has been signed for the oval tracks to date.

“I’m thrilled and very thankful to Jonathan Kendrick, ROKiT and AJ Foyt Racing for the opportunity to race in the NTT INDYCAR Series!” exclaimed Calderón. “Ever since I started my single-seater career in the United States eleven years ago, INDYCAR has been a reference for me and it’s a dream come true to be on the grid this year! I can’t wait to get to St. Petersburg for the first race of the season! I’m well aware of the challenge ahead, but this is the chance of a lifetime, and I’m keen on making the most of it.”

Entrepreneur Kendrick, the Co-founder and Chairman of the ROKiT Group of Companies, has supported Calderón’s career since 2020 when she competed in the World Endurance Championship and Super Formula Japan.

“One of our fundamental principles in the overall marketing of the ROKiT brand worldwide is our support and promotion of women in motorsport and, as part of that principle, we’ve supported Tatiana for a long time now,” Kendrick said.

“We recognized her talent and charisma early on,” he continued, “which we’ve seen grow and develop, so we’re very excited to be expanding our partnership with Larry and the AJ Foyt Racing Team by having Tatiana drive the No. 11 ROKiT Chevrolet alongside Kyle Kirkwood in the No. 14 ROKiT Chevrolet this season. We know Tatiana is already a role model to many young female drivers around the world and we think the huge exposure of the NTT INDYCAR Series will serve only to increase her reach even further to become an inspiration to many more women to get involved in motorsports.”

Calderón spent the last two seasons competing in Super Formula in Japan for Threebond Drago Corse and for Richard Mille Racing in the FIA World Endurance Championship. She has been a test driver for the Alfa Romeo Formula 1 team for the past four years. Her extensive resume includes stints in Formula 2, Renault Series Formula V8 3.5 where she was the first female on the podium in Bahrain in 2017, GP3, European Formula 3, and the British Formula 3 Series, where she was the first female to score a podium.

Born in Bogota, Colombia and currently living in Madrid, Calderón tested the No. 14 ROKiT Chevrolet at Mid-Ohio Sports Car Course in Lexington, Ohio last July which prompted talks of competing for the team in 2022.

Those talks resulted in Team President Larry Foyt signing an extension and expansion of the ROKiT sponsorship along with the hire of Calderón who impressed Foyt.

Foyt said, “I’m thrilled with the continuation and expansion of the ROKiT AJ Foyt Racing Team. We welcome Tatiana Calderón in car number 11 joining Kyle Kirkwood in car 14, both in the very cool ROKiT liveries. Tatiana showed a lot of potential in her test at Mid-Ohio. With Dalton Kellett in the No. 4 K-Line Insulators Chevrolet, I think our three-car team is in for an exciting season.”

Calderón will test with Kirkwood in Sebring, Fla. this week. Kellett is planning to attend in an advisory role.

Calderón and Kirkwood, the 2021 Indy Lights Series champion, will make their INDYCAR Series debut in the Firestone Grand Prix of St. Petersburg on February 27th which will be broadcast on NBC starting at 12 noon ET. Kirkwood and Kellett will compete in all of the races while Calderón will run in 12 of the 17 races on the schedule.