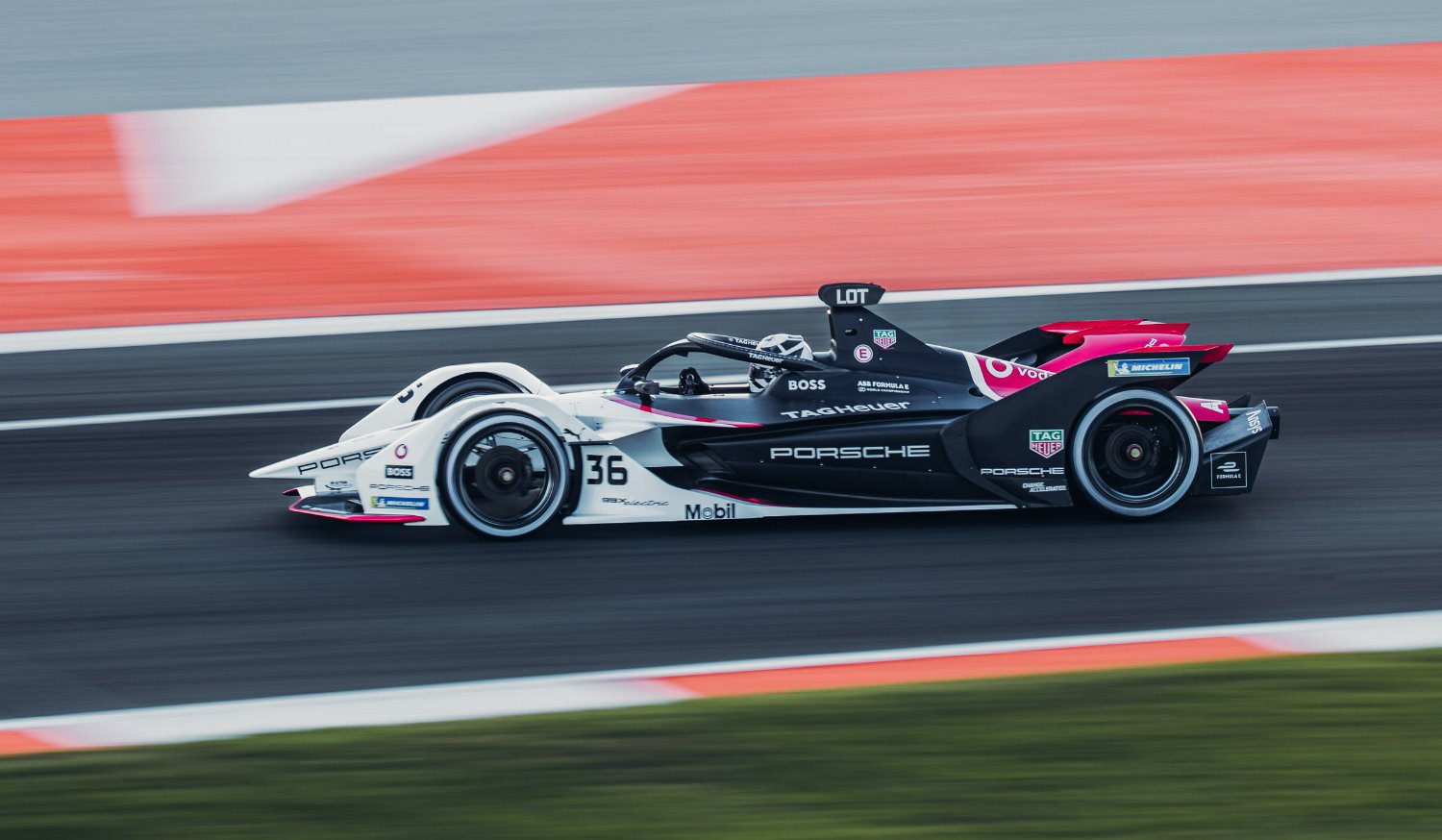 The TAG Heuer Porsche Formula E Team heads into season 8 of the ABB FIA Formula E World Championship at the Diriyah E-Prix in Saudi Arabia on 28/29 January. Two night races will be contested on the 2.495-kilometre city street circuit close to Riyadh, where the Porsche Taycan Turbo S celebrates its racetrack debut as the new Formula E safety car. With the Porsche 99X Electric, André Lotterer (GER/#36) and Pascal Wehrlein (GER/#94) want to lay the foundation for a successful season with a top result for Porsche.

The ABB FIA Formula E World Championship, which includes 16 races in ten major cities, once again features a strong line-up with eleven teams and 22 drivers. Several new rule changes have been made this season for the race and most notably for the qualifying. The fight for pole position resembles a knock-out tournament with gripping one-on-one duels. Moreover, the maximum power has been increased in quali and attack mode.

Before tackling its third Formula E season, Porsche consolidated its management team: Florian Modlinger took over the position as Director Factory Motorsport Formula E at the beginning of the year. The 41-year-old Bavarian began his career in motorsport in 2005 and excelled in various roles including race engineer, development engineer and technical director. Under his direction, teams have won the driver and team titles in the FIA GT1 World Championship and the FIA World Rallycross Championship as well the driver, team and manufacturer crowns in the DTM. His most recent position was as technical director and director of operations at Abt Sportsline, where he was responsible for the technical and operational side of all motorsport projects.

Modlinger has high expectations for his first season with Porsche. “Looking at it from the outside, the team made great progress last season and is now heading into its third season as a highly motivated unit. The goals are very clearly to achieve consistently strong performances and win races,” he says. In addition to his work with the team, he is very much looking forward to the “exciting challenge of adding Formula E victories and titles to Porsche’s illustrious motorsport history. I’m convinced that everyone will do their best to achieve this common goal.”

Q&A on the Diriyah E-Prix

Amiel Lindesay, Head of Operations Formula E
How confident is the team as it heads into Porsche’s third Formula E season and what are the goals?
“We’re a strong team, which we underlined many times last season, so I’m feeling very optimistic. Our goal is clear: We want to win our first race this season and we’re also ready to fight for the title against strong opposition in this well-balanced world championship.”

In your bid for the title, what have you learned from last season’s fight and the test in Valencia?
“We learned a lot last season. During the prep work, we paid attention to many details and put things in place to ensure that mistakes from the previous season are not repeated. Of course, new software functions are always associated with certain risks. In this regard, the test in Valencia was very important for us to trial these innovations on the racetrack.”

You’re determined to notch up your first win as soon as possible. How does the team cope with this pressure?
“There’s always pressure in motorsport. We’re used to dealing with it. I’m sure that a certain amount of stress helps everyone concentrate more on the job at hand and to perform better.”

André Lotterer, Porsche works driver (#36)
What are you most looking forward to and what are your goals and expectations this season?
“We want to win races and fight for the world championship title. After a season of mixed fortunes, we now want to be consistently at the top and regularly score points. That’s what’s needed if we want to stay in contention for the title. I look forward to working with the team, getting back in the cockpit and having fun.”

What do you think of the racetrack, and what is special about night races?
“The track isn’t a typical street circuit with 90-degree corners or chicanes after every straight. The corner combinations are very flowy. The fast section through turns 7, 8 and 9 is critical. You have to get it exactly right. In a night race, you can almost see better than in the daytime because you’re not bothered by sunstrike. The track is evenly lit, which is easier on the eyes. And the slightly cooler temperatures suit the tires. I like driving under floodlights, I’m familiar with this from Le Mans.”

Pascal Wehrlein, Porsche works driver (#94)
What experiences will you take to Diriyah from your first season with Porsche?
“We’ve consolidated a lot as a team. While some of the races could have gone better, we learned a great deal and have undoubtedly grown stronger. We want to build on that this season. I’m looking forward to fighting together as a team and winning races. We’re competing on some new circuits, which I always find exciting. The rule changes will certainly have a positive impact and ensure that the competition is even fairer, which makes it more interesting.”

The sooner you score your first race win, the better your chances are in the fight for the world championship. Is that a lot of pressure?
“We have to be totally focussed from the first race and perform to the best of our ability. Then we’ll be fast and successful. I always put myself under a lot of pressure, anyway. I want to do my very best in every qualifying and race and always get the most out of myself. If I manage this and we can bring the full potential of our car to the track, we’ll definitely be among the front-runners. I don’t mind the pressure. On the contrary, I look forward to the feeling of getting in the car, putting my foot down and doing what I love most.”

The racetrack
The Diriyah E-Prix is contested on a 2.495-kilometre street circuit with virtually the same layout as last season. Featuring 21 twists and turns, the demanding circuit runs past old fortifications and traditional mud-brick houses. One of the key passages is the section around turns 16 and 17 shortly before the long back straight. Braking for turn 18 at the end of this straight offers the best chance to overtake. Turns 1 and 19 are also crucial for a fast lap time.

2022 races*
Sixteen races in ten of the world’s biggest cities make up the provisional 2021/2022 calendar of the ABB FIA Formula E World Championship.