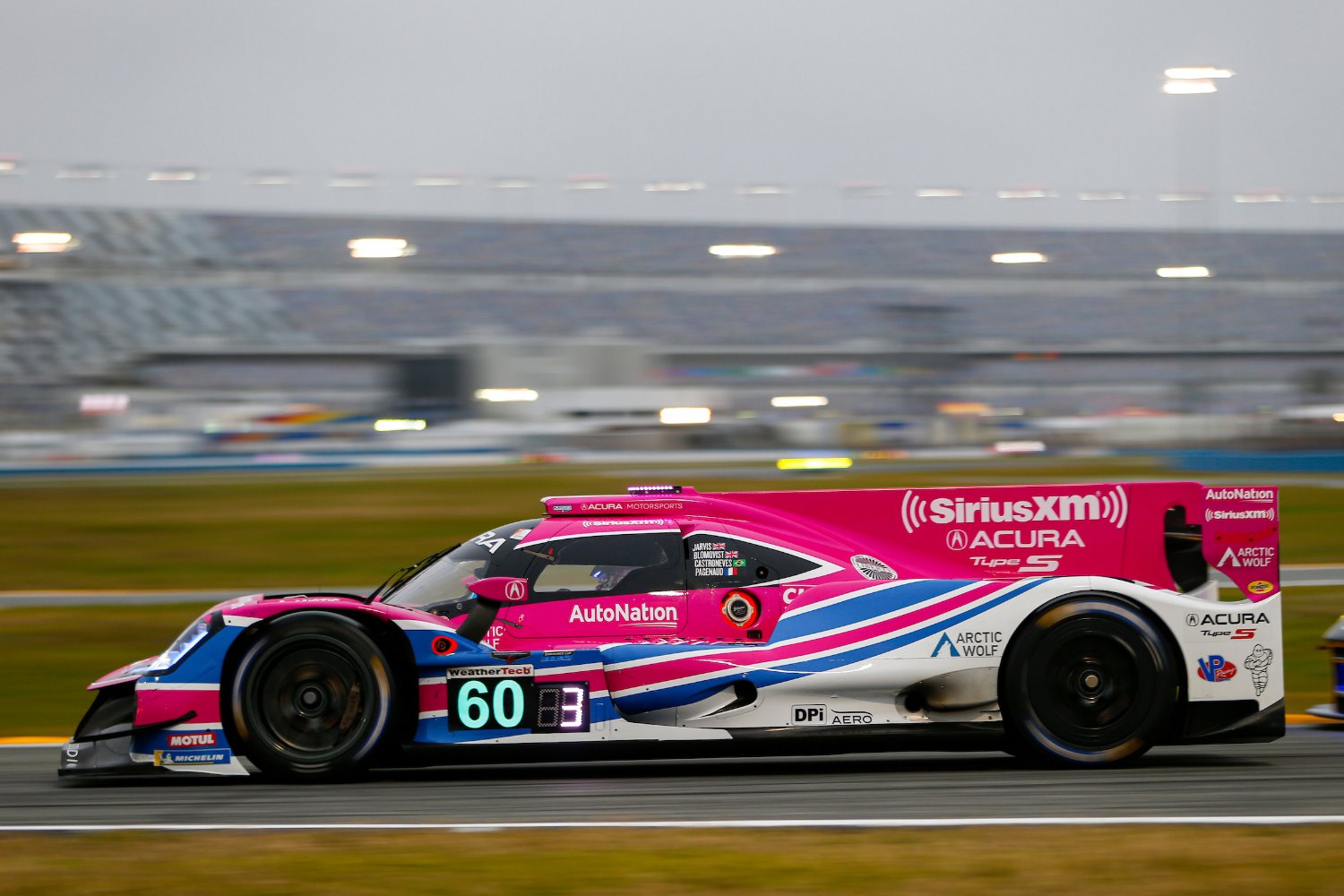 Driver Tom Blomqvist won the day for the No. 60 Meyer Shank Racing with Curb-Agajanian Acura ARX-05 DPi at Daytona International Speedway by turning the fastest lap at the very end of the last of two IMSA WeatherTech SportsCar Championship practice sessions Friday at the Roar Before the Rolex 24 At Daytona.

Blomqvist topped the speed charts with a lap of 1 minute, 34.351 seconds (135.833 mph) over Daytona’s 3.56-mile road course in the first day of on-track activities for the Roar, which continues through Sunday.

“Today was a decent day for the team,” said Blomqvist, making his first appearance in the No. 60 Acura. “We didn’t have a great morning, but we chipped away at it all day long and the car was just getting better and better with every lap. Obviously, that’s a positive to take into the next couple of days.”

Blomqvist is driving the No. 60 with Oliver Jarvis, Helio Castroneves and Simon Pagenaud for the Roar this weekend and the Rolex 24 At Daytona that officially opens the 2022 season Jan. 29-30.

“The car feels good,” Blomqvist said. “This is super fun. There are so many cars on track (that) the race will be chaotic, but this is pretty cool.

“Although we topped the times, we cannot be complacent,” he added. “I don’t think (Friday) was a true representation of the pecking order at all, but there are some positives there for sure.”

The other Acura in the seven-car Daytona Prototype international (DPi) field, the No. 10 Konica Minolta from Wayne Taylor Racing, was nipping at Blomqvist’s heels. Filipe Albuquerque posted the second-fastest lap of 1:34.687 (135.351 mph). Wayne Taylor Racing has three consecutive Rolex 24 triumphs and four wins over the last five years.

Rounding out the top three in the DPi class was newcomer Alex Palou. The reigning IndyCar Series champion turned a lap of 1:34.712 (135.315 mph) in the No. 01 Cadillac V-Performance Academy Cadillac DPi V.R from Chip Ganassi Racing.

A third practice is set for 10 a.m. ET Saturday, ahead of qualifying at 3:25 p.m. to determine the starting grid for Sunday’s 100-minute race that sets the field for the Rolex 24. A final night practice runs from 7-9 p.m. Saturday.