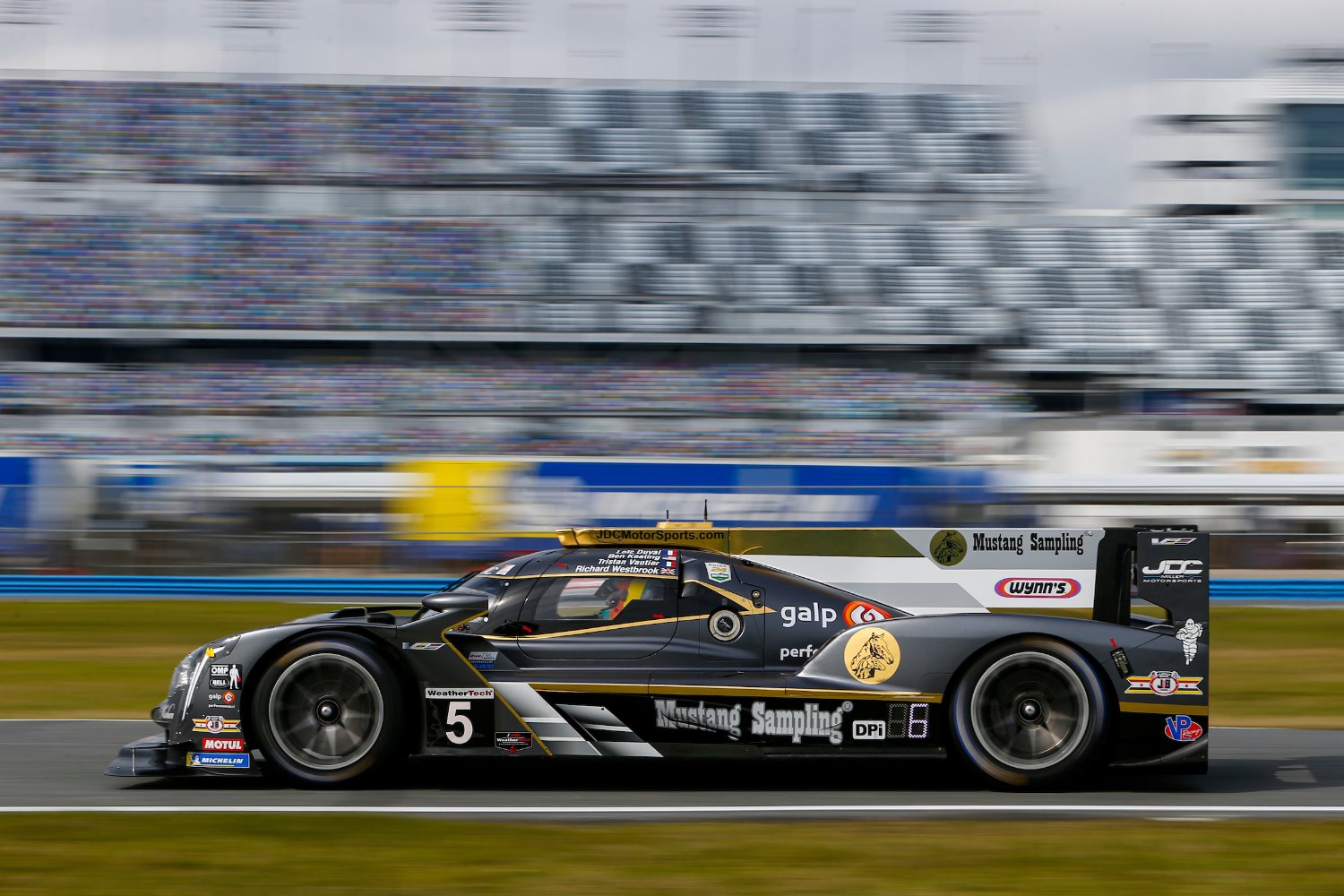 Tristan Vautier will start Sunday’s Rolex 24 qualifying race from pole after recording the quickest time in the 15-minute prelude to the 100-minute qualifying race Jan. 23 that will determine the pole winner and set the field for the 60th anniversary of the twice-around-the-clock race.

“It was still really cold,” said Vautier. “It was still damp on the curbs and stuff, so it was important to work the tires to get them up to temp quick,” Vautier said. “There was quite a lot of traffic with 15 cars, so you knew you had to put a lap in because there was a chance of a red flag, which actually happened. When I got to the Bus Stop, I knew the lap was good and I was thinking, ‘Don’t mess this up! You just have one corner to go.’ The car felt great.

“The team has been working really hard. We made a step last year at Petit Le Mans, and it seems to be helping here.”

The No. 02 CGR Cadillac of Alex Lynn was third, followed by the No. 31 Action Express Cadillac of Tristan Nunez in fourth.

Seven-time NASCAR Cup Series champion Jimmie Johnson drove the No. 48 Ally Cadillac DPi-V.R for Action Express Racing to fifth place at 1:34.941. Renger van der Zande was sitting second with 5 minutes left in the session, but hard braking entering Turn 5 caused the No. 01 V-Performance Academy Cadillac DPi-V.R to nose into the tire barrier. Van der Zande was uninjured, but by bringing out a red flag he lost his quickest lap.

Ben Keating was quickest in the LMP2 class, leading a PR1/Mathiasen Motorsports 1-2 in class.

Alexandre Imperatori was quickest in GTD Pro, thanks to a last-lap flyer of 1:46.136 in his KCMG Porsche 911 GT3 R on a drying track.

It was 0.063 seconds faster than the No. 9 Pfaff Motorsports Porsche of Mathieu Jaminet, who ended up second quickest.