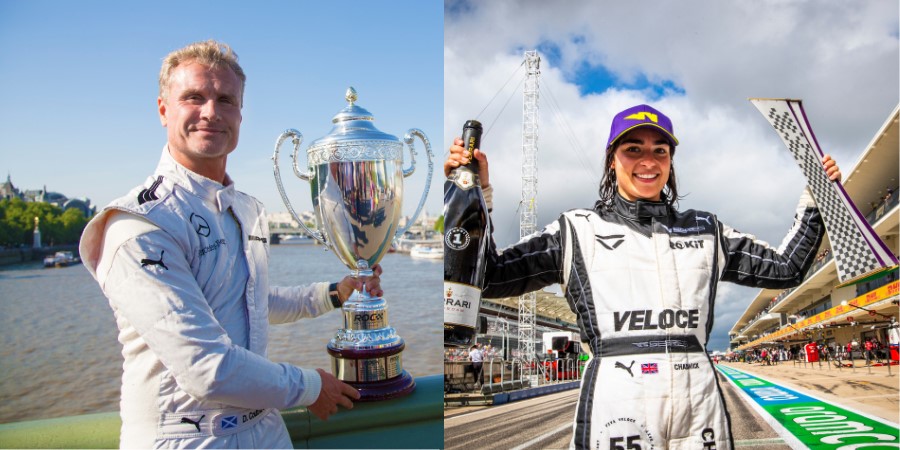 Britain’s Jamie Chadwick to the line-up for the ROC “Snow + Ice” WORLD FINAL in Pite Havsbad, Sweden. “I’m super excited to make my Race Of Champions debut in Sweden. It’s an event I’ve always loved watching so I can’t wait to experience it for the first time,” said 2019 and 2021 W Series Champion, Jamie Chadwick. “It’s going to be an honor to represent Great Britain with an icon like David Coulthard.”

The announcement also confirms the 2014 and 2018 ROC “Champion of Champions” David Coulthard will return to the ROC. With 13 Formula 1 Grand Prix victories including all the most prestigious races at Monaco, Silverstone, Monza, Spa, etc, and 62 podiums to show for his efforts, the former Formula One star will join Chadwick to form Great Britain’s entry at this year’s ROC Nations Cup. “Race Of Champions is an event I always enjoy competing in, but racing on snow and ice this year will be a very different experience to the stadium tracks,” said David Coulthard. “I have done some ice driving with AMG Mercedes in Sweden in the past, but it will be a challenge to beat the Nordic drivers in their element.”

“Over 30 years, only one other female racer has competed in the main ROC events,” said ROC President Fredrik Johnsson. “That was Susie Wolff in 2014. Susie teamed up with DC [David Coulthard] at that event to finish in second place in the ROC Nation’s Cup. ROC is designed to be a ‘level playing field’. I co-founded Race Of Champions with the world’s most successful female driver, Michele Mouton, who proved that women can win against men at the highest level. We look forward to seeing more women competing at the top-level of motorsports, as racing becomes more accessible.”

As a backer and advisor for the all-female W Series launched in 2019, Coulthard is an outspoken advocate for women in racing. “It makes sense that ROC should be a showcase for female racers,” continued Coulthard. “Motorsports is pivoting into real progress in areas of equality and sustainability.”