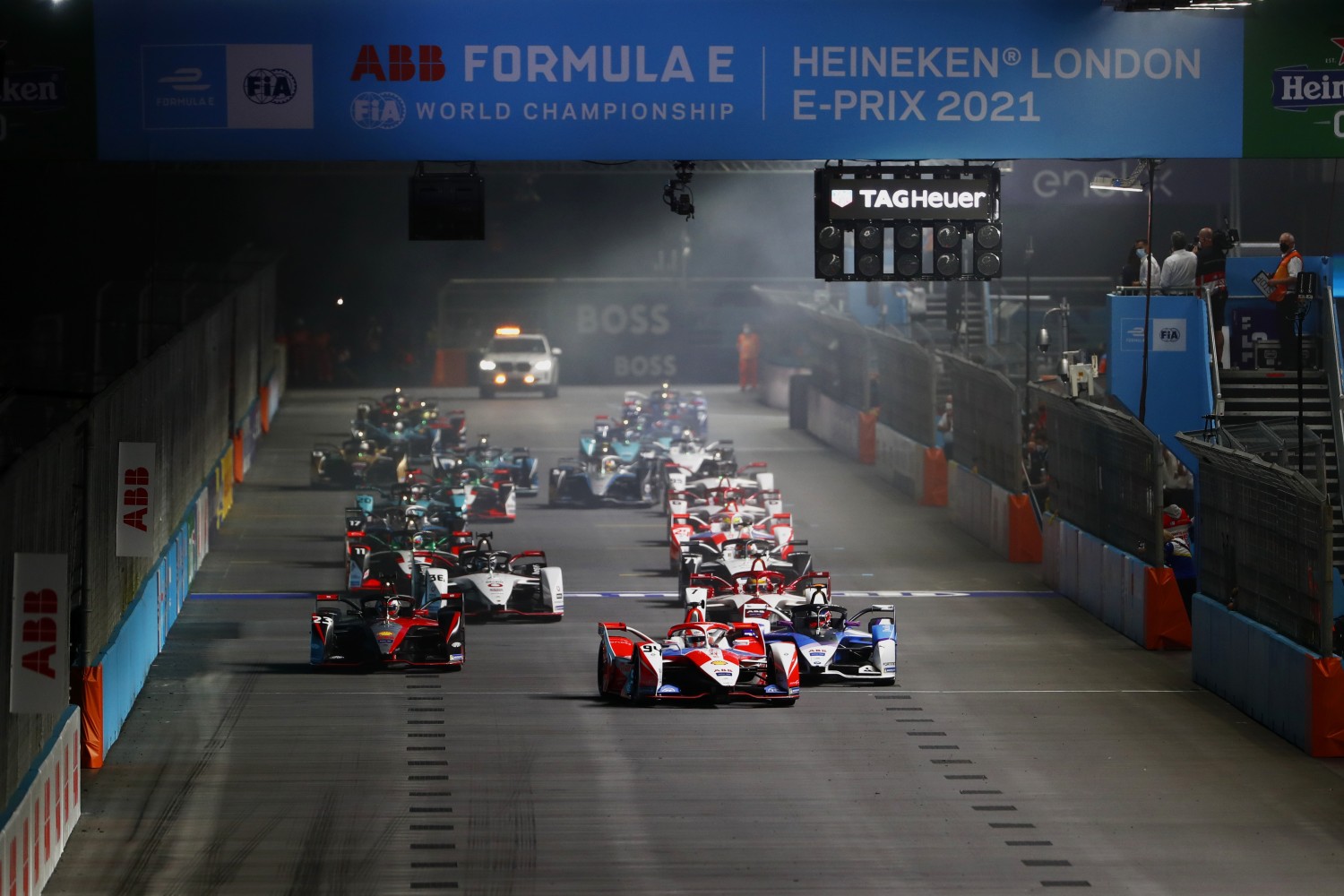 Season 8 of the all-electric ABB FIA Formula E World Championship racing series is set to kick off this weekend in Diriyah, Saudi Arabia with a new “knockout qualifying” format.

The new qualifying format splits the field of 22 cars into two groups of 11 drivers each, determined using their ranking in the Formula E Driver’s World Championship.

From there, each group of 11 “battles it out” at 220 kW to set fast lap times in a 10-minute session. The four drivers from each group with the four fastest single laps then progress to the “Duels” stage.

The Duels are just what they sound like, pitting the final eight Formula E qualifiers against each other, one at a time, until only one remains (as shown, below). That winning driver takes the Julius Baer-sponsored Pole Position award, while the runner-up lines up second. The semi-finalists will line up third and fourth and the quarter-finalists between fifth and eighth, according to their best lap times. 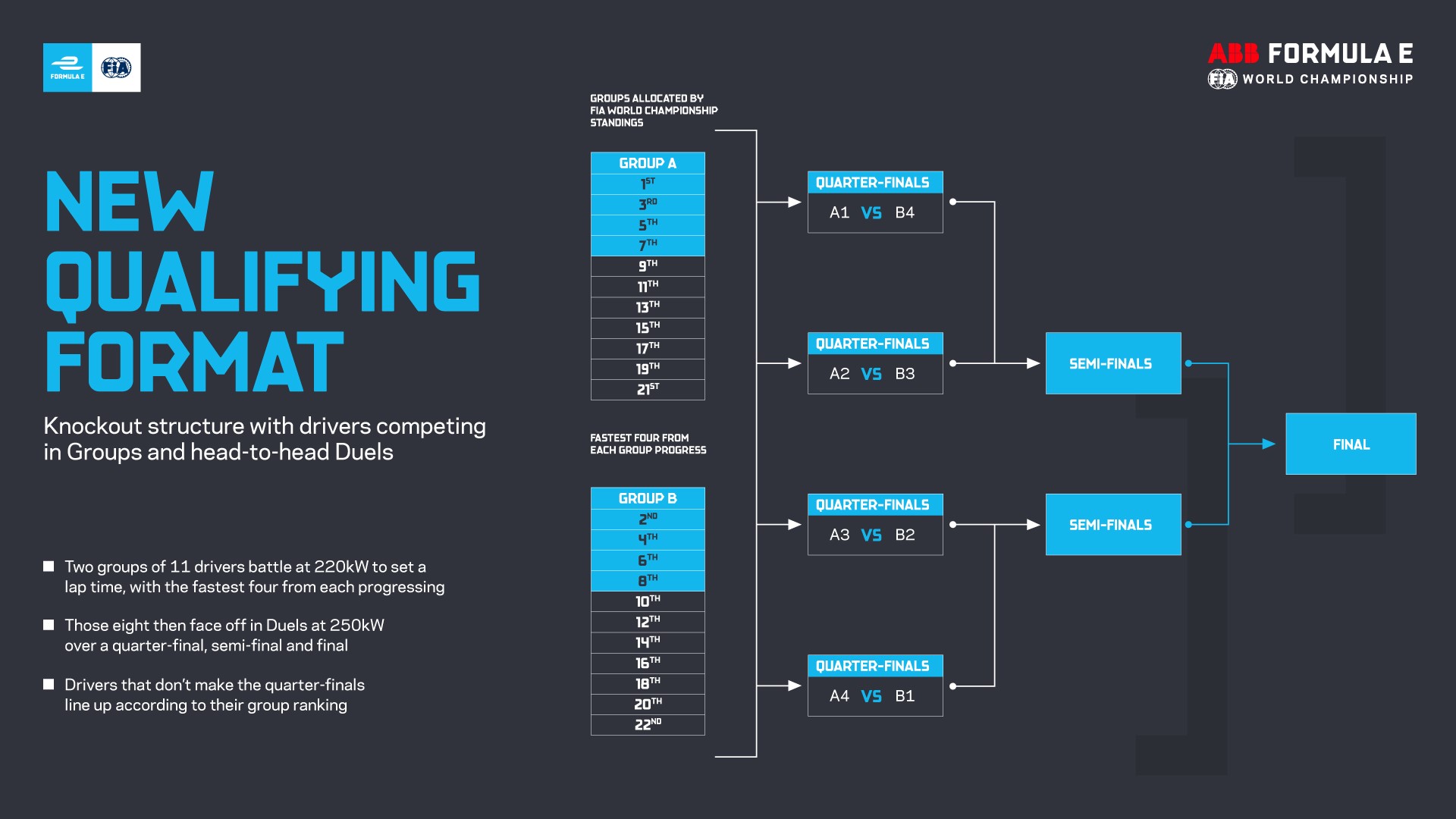