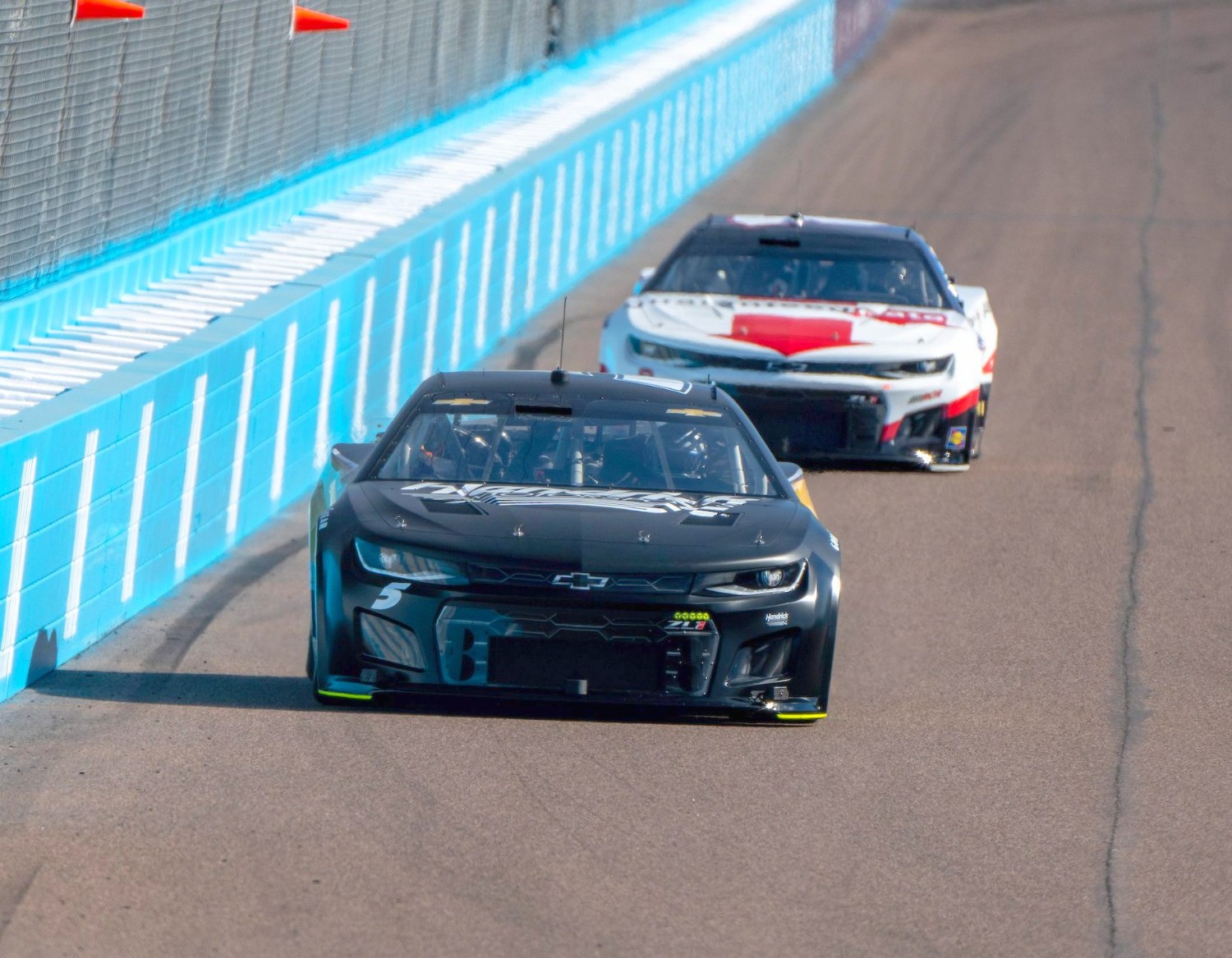 NASCAR’s reigning Cup Series champion, Kyle Larson (shown above), returned to the site of his title triumph to shakedown his No. 5 Hendrick Motorsports Chevrolet for the final time before the 2022 season commences. More than two full months have passed since Larson hoisted the Bill France Cup trophy in Victory Lane. Seventy-nine days, to be exact.

“When I was out there, I saw my long burnout that I did,” Larson said. “Yeah, that was good. I’m glad that’s still out there.

“It is cool that the first time I’m back… Well, I guess I ran Charlotte a couple of times, but not really. So, the first real day in this car was back at Phoenix. It was also the freshest track in my mind. To come here and get to feel this new car, it helped me realize that it didn’t drive too much different than before.”

Tuesday was just Day 1 of NASCAR’s two-day organizational test at the 1-mile track. Wednesday will consist of another eight-hour session, which NASCAR.com will stream live on its YouTube page. There is no more testing after that.

“I feel like we’re ready to race,” Larson said. “I was happy with the balance of our race car when we unloaded today. So, yeah, I’m confident we can go out there, race and be competitive right off the bat.”

The base rules configuration for short tracks, road courses and intermediate circuits was finalized back in December. Engines have a target output of 670 horsepower, and cars will feature a 4-inch rear spoiler. Last season saw a 750-horsepower package.

Larson posted the fastest unofficial lap time Tuesday, turning the circuit in 27.329 seconds at a speed of 131.728 mph. For reference but not comparison — preseason vs. postseason — Larson also captured the pole back in November in 26.116 seconds at 137.847 mph.

“If we qualified one of these things right now, we’d probably run a 26.80, maybe,” Daniels told NASCAR.com. “I guess, reasonable. There’s nothing crazy scary with the car. It’s a race car. There’s stuff we need to work on just from brakes, steering and stuff like that, but I can’t say that’s unexpected. That’s just trying to get him comfortable and get a feel for things.”

Larson will split time Wednesday in the No. 5 Chevrolet, taking the morning shift and passing the keys to Hendrick Motorsports teammate William Byron come afternoon.

While Larson isn’t all too concerned about the car, Daniels admits his wheels are already spinning. The garage doors closed Tuesday, and he was already thinking about Wednesday.