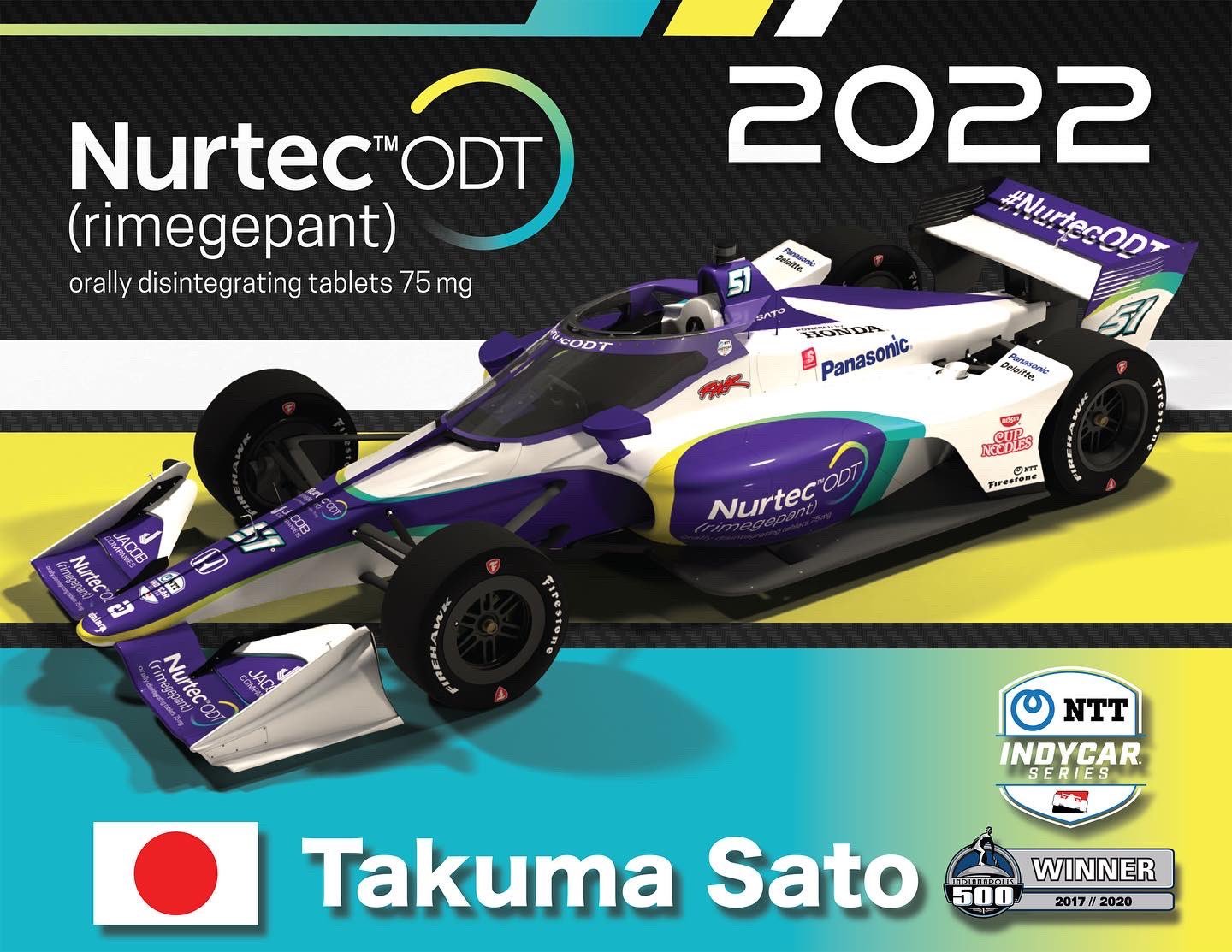 After a four-year stint at Rahal Letterman Lanigan Racing, the Japanese driver has switched stables for 2022.

Sato will partner series rookie David Malukas who will run under the Dale Coyne Racing with HMD Motorsports banner.

The company has also renewed its sponsorship with the sister NASCAR Cup Series squad, backing Cody Ware in the team’s Ford Mustang.

“We continue to pursue innovative partnerships, like this one with Rick Ware Racing, to help us reach more people about the debilitating burden of migraine disease and the importance of effective treatment,” said Vlad Coric, Biohaven Pharmaceuticals managing director and CEO.

“Our goal this year is to further increase the conversation about migraine and the benefits of Nurtec ODT, which can both treat and prevent migraine attacks.

“We look forward to the 2022 season with the Rick Ware Racing team and Cody and Takuma as our drivers.”