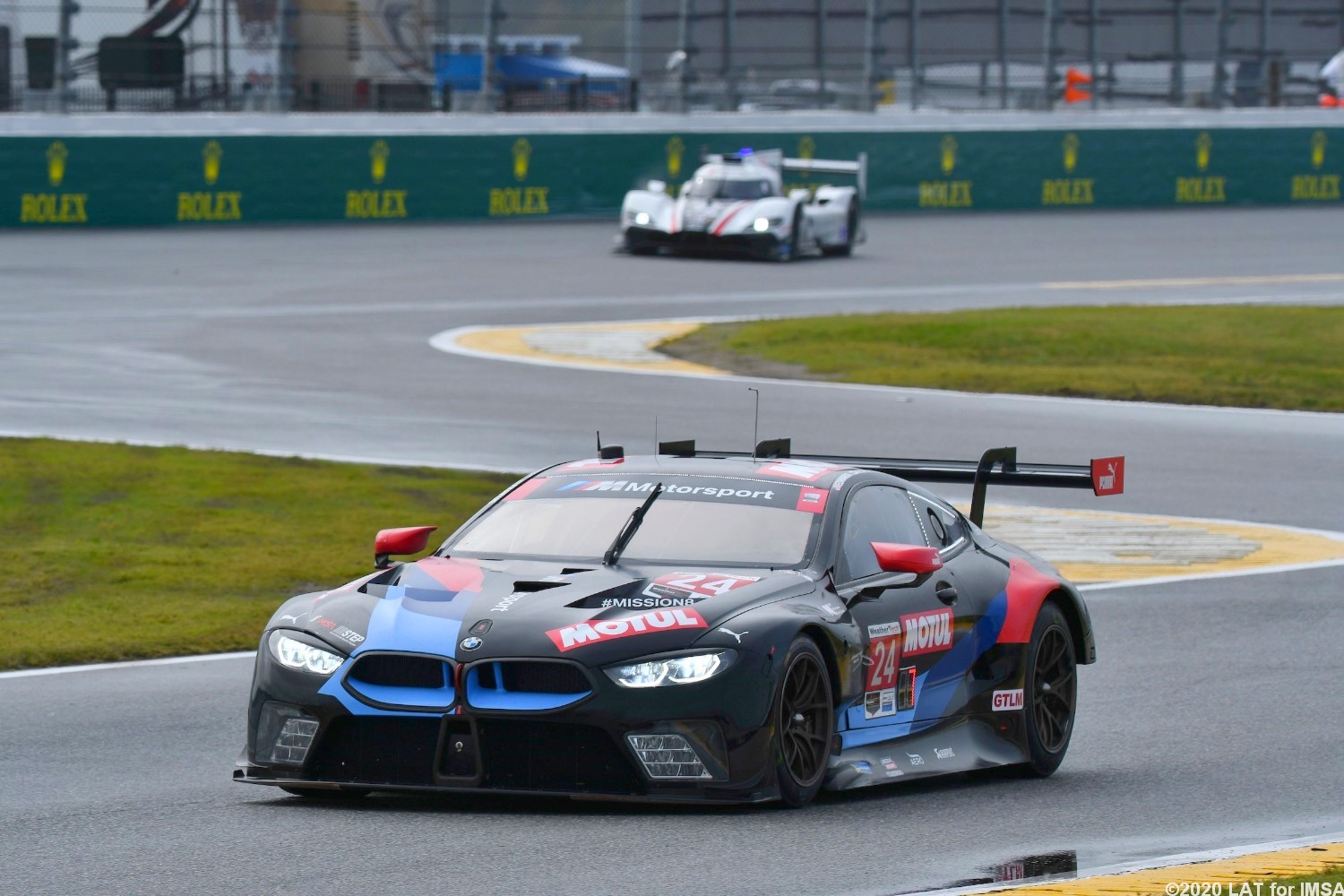 The two biggest endurance sports car races in the world – the Rolex 24 At Daytona and the 24 Hours of Le Mans – are now even more closely aligned with the news that chicanes at the 3.56-mile Daytona International Speedway road course and the 8.49-mile Circuit des 24 Heures in Le Mans, France. will be named after each other.

At Daytona, what has become known over the years as the “Bus Stop” chicane on the Daytona backstretch now will be known as “The LE MANS Chicane.” At Le Mans, the first chicane on the high-speed Mulsanne Straight will be named “The DAYTONA Chicane.” The curbs in these sections at each track are painted in an alternating blue and yellow scheme as a symbol of unity between the venues, events and sanctioning bodies.

The idea for the reciprocal names resulted from discussions between NASCAR and IMSA Chairman Jim France and ACO President Pierre Fillon during the 2021 24 Hours of Le Mans last August. The LE MANS Chicane at Daytona already has been painted blue and yellow and will be on full display throughout this weekend’s 60th anniversary of the Rolex 24 At Daytona, the season opener for the IMSA WeatherTech SportsCar Championship.

“The spirit of partnership between the IMSA and Daytona International Speedway team in Daytona Beach and the ACO in Le Mans has never been stronger,” said John Doonan, IMSA President. “Between the historic convergence for the top category of prototype racing, the recent 10-year extension of the IMSA-ACO partnership and today’s introduction of the LE MANS and DAYTONA chicanes, together we are embarking on an amazing new era of sports car endurance racing unlike anything we’ve ever seen.”

“Daytona International Speedway and Le Mans are two of the most iconic, historical venues in all of motorsports and have been hosts to the greatest sports car racing in the world, 24-hour style,” said Speedway President Frank Kelleher. “On behalf of the France family, we are proud to introduce this incredible unification where IMSA, Daytona International Speedway, the ACO and Le Mans will showcase the most competitive endurance racing into the future.”

“In the two years since our agreement to create a common class on both sides of the Atlantic, we have made many historic announcements, such as the convergence between LMH and LMDh and the renewal of our strategic alliance for the next decade,” said Pierre Fillon, President of the Automobile Club de l’Ouest (ACO). “This symbolic act illustrates the friendship between ACO and IMSA that is key to the future of endurance.”