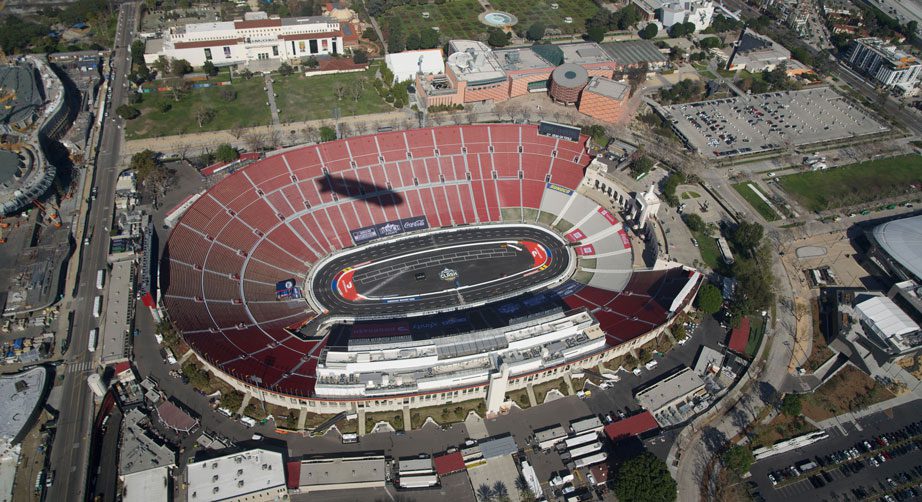 With its new Next Gen race car ready to roll, NASCAR is embarking on a new adventure in front of new fans on a brand new racetrack in the heart of Los Angeles.

The NASCAR Cup Series will open its 2022 season with the Busch Light Clash at the Coliseum, a 150-lap exhibition race that will mark the milestone debut of the Next Gen car (Sunday, Feb. 6 at 6 p.m. ET on FOX, MRN and SiriusXM NASCAR Radio).

The race itself will take place on a quarter-mile track built specifically for the event in the Los Angeles Memorial Coliseum, a facility that opened in 1923 and hosted the Summer Olympics in 1932 and 1984, in addition to serving as the long-time home of the University of Southern California Trojans football team. 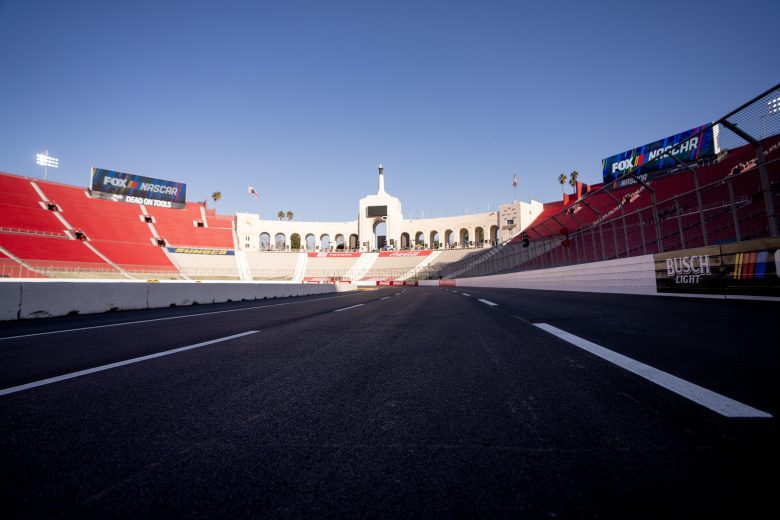 Cup Series cars will practice and qualify on Saturday to determine starting positions for four 25-lap heat races on Sunday, with the top four finishers in each heat advancing to the main event. Two 50-lap last-chance qualifiers will follow the heats to complete the 23-driver field for the Clash.

The top three finishers in the last-chance qualifiers will advance to the Clash, with the final spot in the field awarded to the highest finisher in 2021 points not yet qualified.

The Clash will run in two segments of 75 laps each. Only green-flag laps are scored.

Even for a veteran driver like 2017 Cup champion Martin Truex Jr., racing at the Coliseum will be a novel experience.

“Thinking about it, I’m not sure I’ve raced a stock car on a track this small, and obviously, we’ve never raced the Next Gen car, so it’s going to be interesting,” said Truex, a pre-race favorite along with Joe Gibbs Racing teammate Denny Hamlin. “The cool thing is it’s going to be a lot of fun to do something fun, and there’s a lot of excitement around it as well.

“I think everybody is anxious to get out there—get on track—and see what we can do, and hopefully, it turns into a fun event for the drivers. I’ll enjoy it, and usually when I enjoy it, we run well. I’m excited about it, and it should be good.”

Hendrick Motorsports driver William Byron got an early look at the track on the virtual iRacing platform, an essential component in the development of the new racing facility. How that translates to reality remains to be seen.

“They came to me back in I think August/September to ask me about the track and what I thought, so I got a chance to run a few laps on it and kind of get a feel for it,” Byron said. “Definitely a cool track, and I feel like it’s got a lot of potential. Pretty cool to see it all come together through iRacing, so that’s pretty neat. Hopefully it turns out good for the fans.”

Based on ticket sales, the sanctioning body estimates that roughly 70 percent of the fans at the L.A. Memorial Coliseum will be attending their first NASCAR race. And no doubt they’ll be entertained.

Grammy winning rapper and Trackhouse Racing co-owner Pitbull will give a 45-minute concert before the main event. Ice Cube will perform during the break after 75 laps. DJ Skee will provide the entertainment during caution periods—a first for NASCAR racing.

“We’ve said from the beginning that the Busch Light Clash at the Coliseum is a first-of-its-kind event and having DJ Skee spinning during the caution breaks adds to the fresh, unique nature of this event,” said Ben Kennedy, NASCAR senior vice president for strategy and innovation. “DJ Skee is a world-class talent who is going to create a fun and entertaining experience for everyone as our drivers prepare to take the green flag once more.”

The stadium concept is new to the modern era of NASCAR racing, but it’s an idea that could translate to other venues.

“If it does work, shoot, pick up the walls and set them down somewhere else – keep going,” said Joey Logano, driver of the No. 22 Team Penske Ford. “Go from one stadium to the next. I think it’s awesome that if this does work, it gives us the ability to race downtown. It gives us the ability to race in the middle of cities where the stadiums are placed.

“If we can do that, I think it brings our sport to a whole different level. If this works, this gives us the ability to go downtown anywhere, and that’s a whole different fan base that I don’t think we’ve reached our full potential in yet, so if this works it’s great for our sport,” Logano said. “I’m saying ‘if’ because we haven’t done it yet. We have to wait and see. It’s definitely changing the game, so we’ll kind of see how it works.”

Next Race: Busch Light Clash at the Coliseum