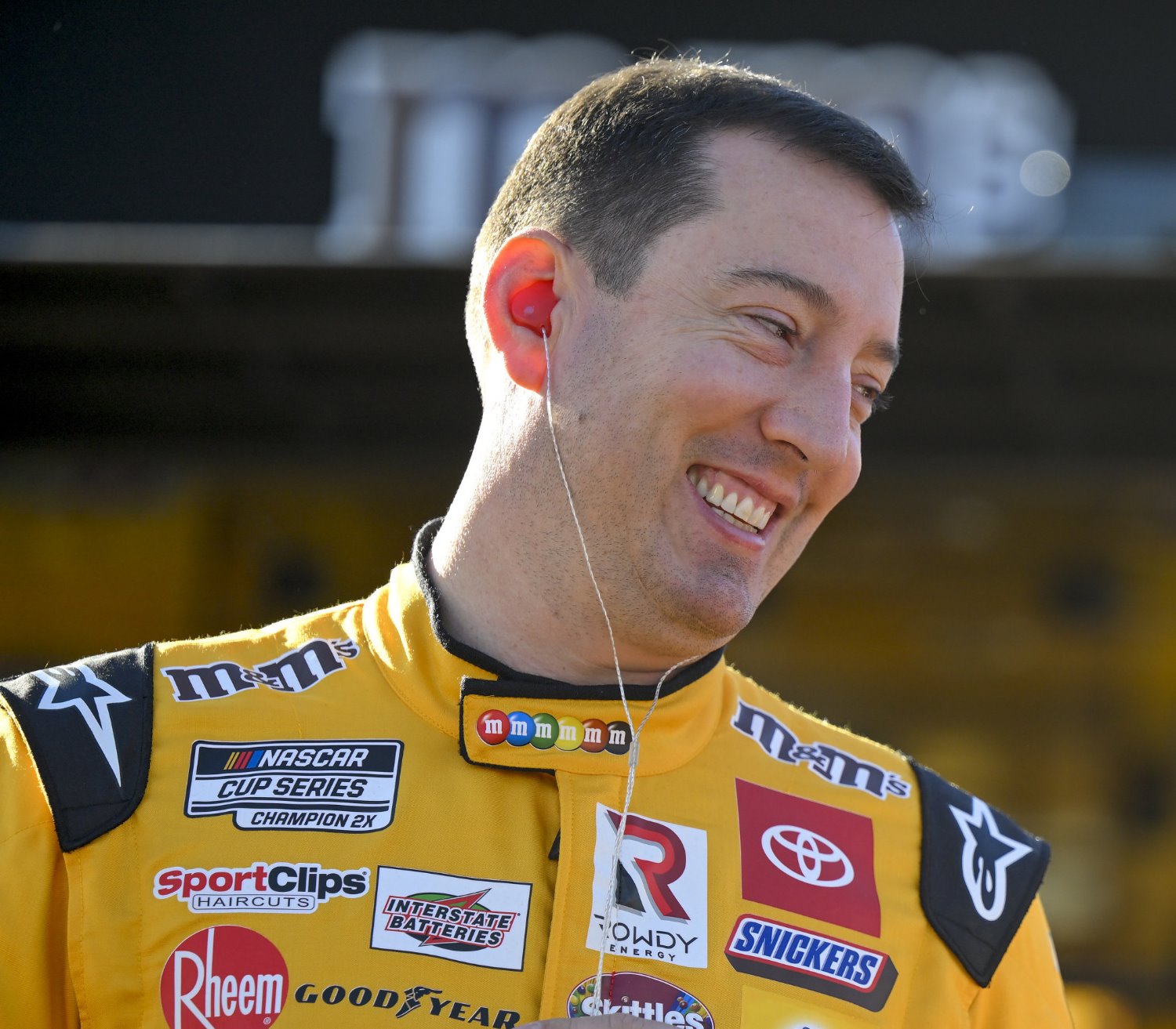 At Bristol in 2007, Kyle Busch won the debut race of the Car of Tomorrow at Bristol Motor Speedway.

In March of 2008, he gave Toyota its first victory in the NASCAR Cup Series with a dominating win at Atlanta.

Contemplating the prospect of winning the first race in the Next Gen NASCAR Cup Series car, however, Busch says that “first” might be taken with a grain of salt.

“In the back of my mind, you would say, yeah, you want to be the first guy, but I think many of us would argue that the first race for this vehicle will be the Daytona 500,” said Busch, who leads all active drivers with 59 victories in Cup Series points races. “You know, we’re here obviously, it is a race. Yes, they will pay somebody at the end of the day to win it. But this is more, as we’ve kind of alluded, a little bit where it’s a show.

“I mean that’s fine, and we’re going to do our best job of being able to put on a good show. There’s going to be a race involved. There’s going to be a checkered flag at the end of it. And I’ve been involved in the sport enough where there’s a lot of asterisks on the things that I’ve accomplished. So I’m sure me winning this race—I did not win the first race of the new car—it would be whoever wins Daytona, that’s how it would go.”

Busch, who was fifth fastest on the practice chart on Saturday morning, could make the issue moot by winning the Daytona 500 for the first time.