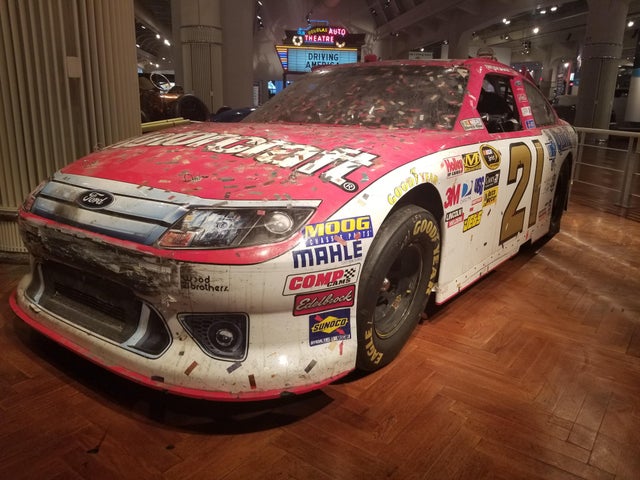 The winning car will remain at the speedway overnight and be present for the celebratory breakfast the following morning, but the team will then be allowed to take it back to the shop and race it again during the season.

NASCAR will scan the winning car and create an identical wrap of the paint scheme — confetti and all. The wrap will be placed on the body of a Next Gen prototype used in testing and be placed in the display as a substitute.

The tradition of the winning car staying in Daytona for the entire year will resume in 2023. Motorsport

Winning Daytona 500 team gets to keep winning car. NASCAR will scan the car and create a wrap of winning team’s paint scheme – along with the confetti – and place it on the body of a Next Gen prototype car used in testing. That wrapped prototype will be on display at Daytona.

Since 1997, the winner of the Daytona 500 has been presented with the Harley J. Earl Trophy in Victory Lane, and the winning car is put on display in its race-winning condition for one year at what is now the Motorsports Hall of Fame and Museum adjacent to Daytona International Speedway.

However, with the delays in the development of the NASCAR Cup Series’ Next Gen car and supply-chain issues for its parts and pieces, teams are struggling to build their inventory to the maximum-allotted seven cars per team by the start of the 2022 season.

A NASCAR spokesperson confirmed to Motorsport.com on Wednesday that no decision has been made but there are ongoing discussions about the issue among NASCAR, teams and the speedway. Motorsport