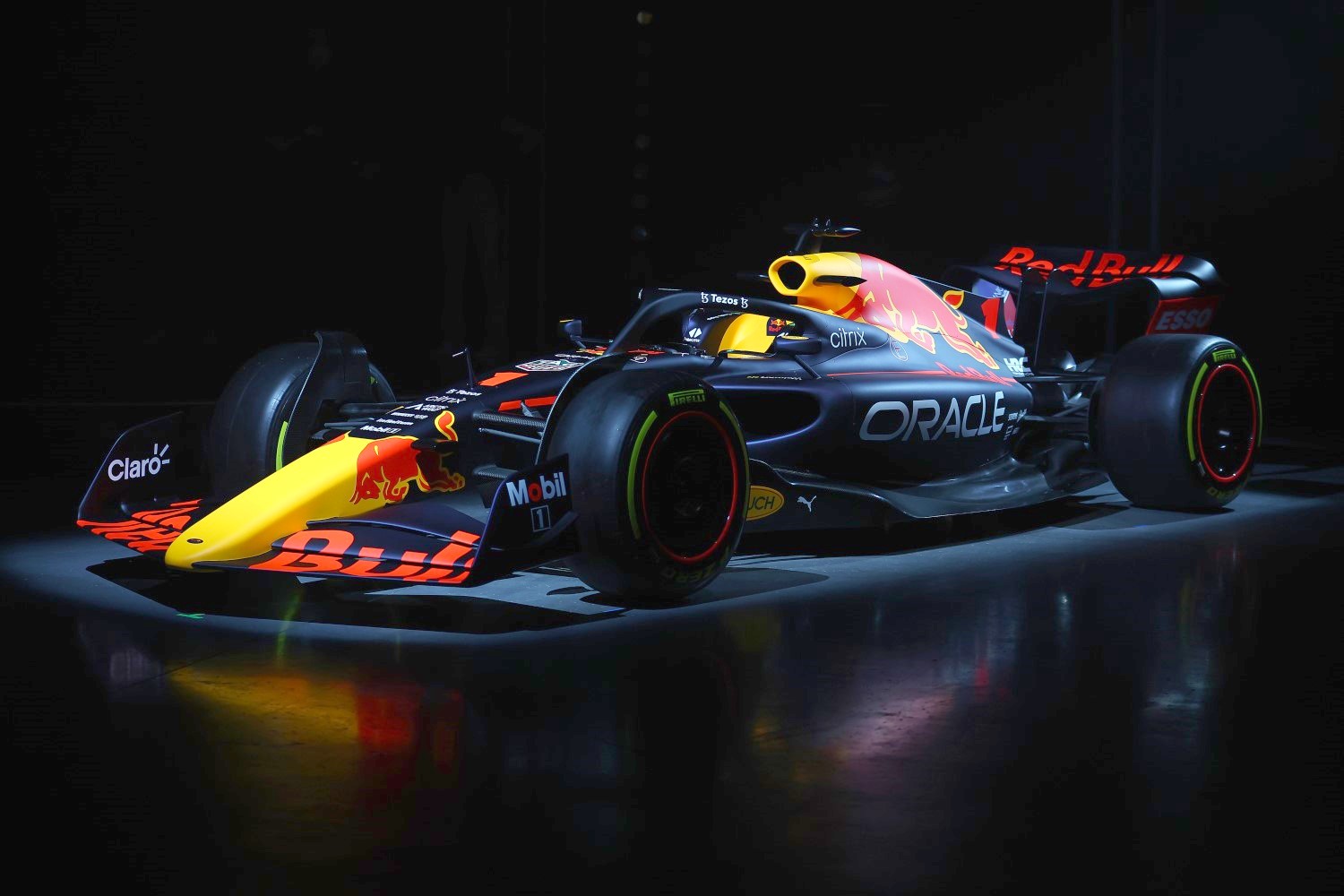 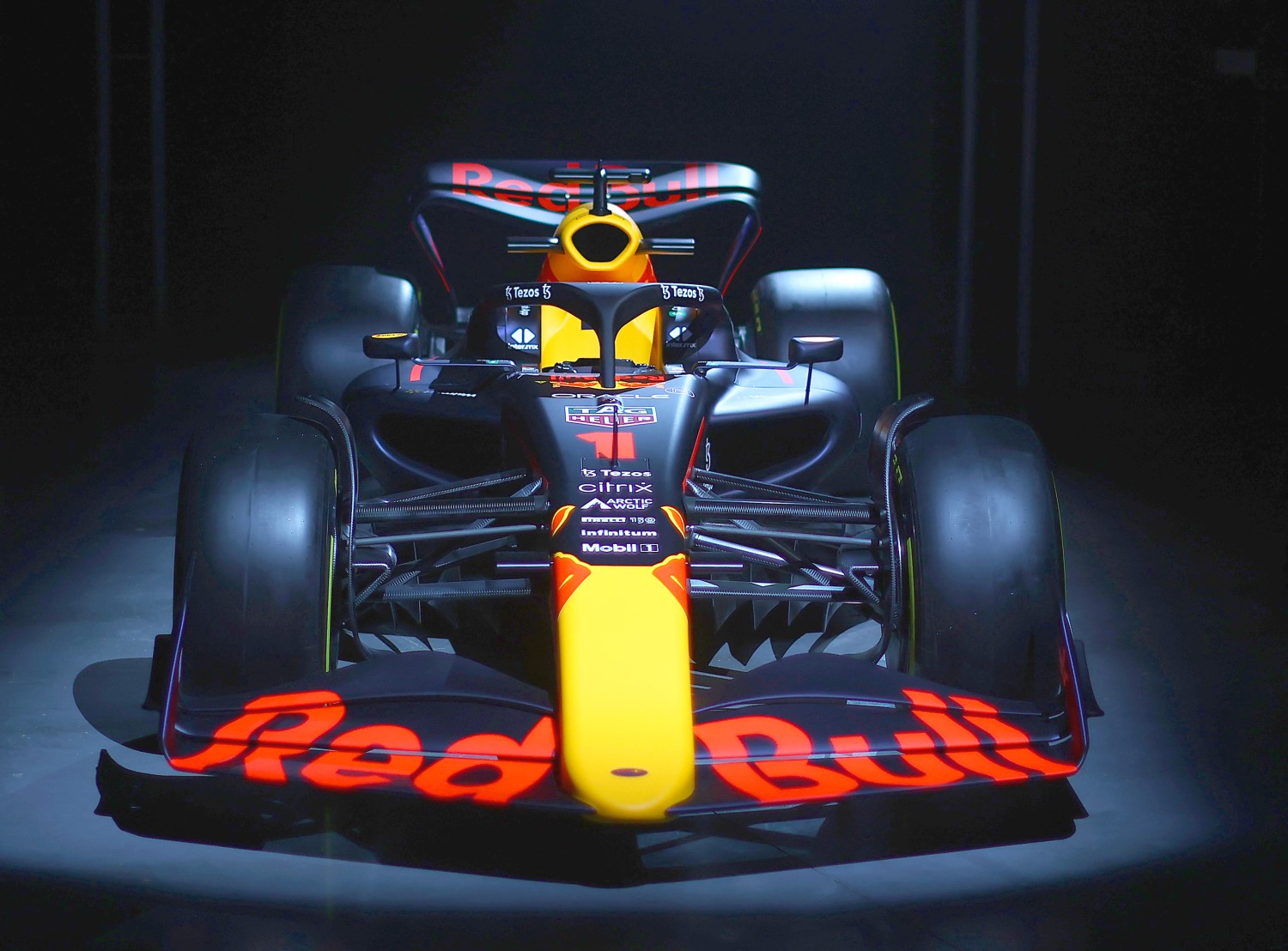 With Oracle shown as the primary sponsor for 2022, the Red Bull Oracle Racing team launched the RB18 – the car they hope will carry Max Verstappen to his 2nd straight World Championship.

But while the model on display featured the team’s latest livery, the RB18 that was unveiled appeared to be just an upgraded version of the FOM concept show car that was revealed last year.

Verstappen will carry the #1 on his Red Bull RB18 car this year, becoming the first defending champion to do so since Sebastian Vettel in 2014.

Oracle and Red Bull Racing have enhanced their partnership and are introducing a new Team name, Oracle Red Bull Racing, as well as the Team’s new car for the upcoming season, the RB18. Building on the success of last year’s F1 Drivers’ Championship, the Team’s 2022 season will feature expanded use of Oracle Cloud across its most significant areas of operation including analytics-based race strategy, optimized engine development, AI and machine learning-powered driver training and a tailored fan experience.

Oracle Red Bull Racing Team Principal and CEO Christian Horner, said: “Oracle Cloud enabled us to make race-day decisions that helped Max Verstappen win the 2021 Drivers’ Championship. Discovering and reacting to opportunities quickly, is crucial to our success on and off the track, and Oracle is integral in that effort. Every element of our performance is driven by data analysis. Having Oracle as our title partner shows the confidence we have in their expertise and their ability to deliver a true competitive advantage.”

Taking advantage of Oracle Cloud Infrastructure (OCI) during last season’s championship run, the Team increased the number of simulations they ran by 1,000x to improve the accuracy of their predictions and sharpen their decision-making. In addition, they accelerated simulation speed by 10x, which gave race strategists more time to make the right call. Equally important, OCI significantly reduced the cost of billions of simulations, allowing the Team to cost-effectively improve performance on the track, which is critical for success under F1’s stringent spending regulations.

This season, OCI will enable the Oracle Red Bull Racing Team to expand the volume and variety of data they analyze and increase the speed at which simulations run in order to better predict tactics that will lead to the podium.

Along with its innovative on-track initiatives, Oracle Red Bull Racing will continue to deliver an exceptional experience to its global fan base. Last season, Oracle and Red Bull Racing launched a first-of-its-kind fan loyalty platform powered by OCI – The Red Bull Racing Paddock – to bring the excitement of F1 to fans all over the world. Since The Paddock’s inception, Red Bull Racing has seen a more than nine times increase in member sign-ups. The new, direct line of communication between fans and the team has created outstanding engagement, with registered fans submitting thousands of questions to the team and redeeming 35,000 digital rewards. In 2022, Oracle Red Bull Racing will incorporate new features and capabilities, including the ability to create user-generated content, to bring an even deeper layer of personalization to fans.

Oracle Red Bull Racing Chief Marketing Officer, Oliver Hughes, said: “The presence of Oracle, one of the world’s largest cloud technology companies, as title partner not only signals huge confidence in Red Bull Racing’s ability to lead the technology race on track, it will also enable us to drive forward our ambitions for fan engagement, a core tenet of our marketing strategy. We want to take fans with us on our competitive journey in F1, putting them right at the heart of the racing action and Oracle’s world class innovation and technology will help us achieve that goal.”

Oracle Executive Vice President and Chief Marketing Officer, Ariel Kelman, said: “Red Bull Racing has been more committed than any other F1 team in its use of technology to gain an edge, and it is paying off. Our commitment to this partnership reflects our belief that OCI is a strategic weapon on race day, helps create the most exciting fan experience in sports, and can define the future of F1. Oracle Red Bull Racing is, and will continue to be, the most forward-thinking and innovative F1 team in the world.”

Oracle is working with Red Bull Powertrains to develop the next generation of F1 engines set to debut in 2026 as Red Bull Racing becomes one of only four current manufacturers supplying engines for F1. Red Bull Powertrains will use OCI to optimize modeling of its new engine combustion chamber to reduce costs while improving results.

Red Bull Advanced Technologies and Oracle are also partnering to help develop the next generation of world-class drivers. Through projects applying AI and machine learning, Red Bull‘s junior drivers will better understand how data can inform and fine tune their driving style to reduce their lap times.

Oracle Red Bull Racing Esports marks the evolution of a partnership in one of the world’s fastest growing sporting industries, esports. Taking a cue from its real-world counterpart, the Team will use OCI-powered analytics to optimize car set up, improve race strategy, and provide its drivers with training that can help them consistently post ideal lap times on any virtual track, in any simulated weather.