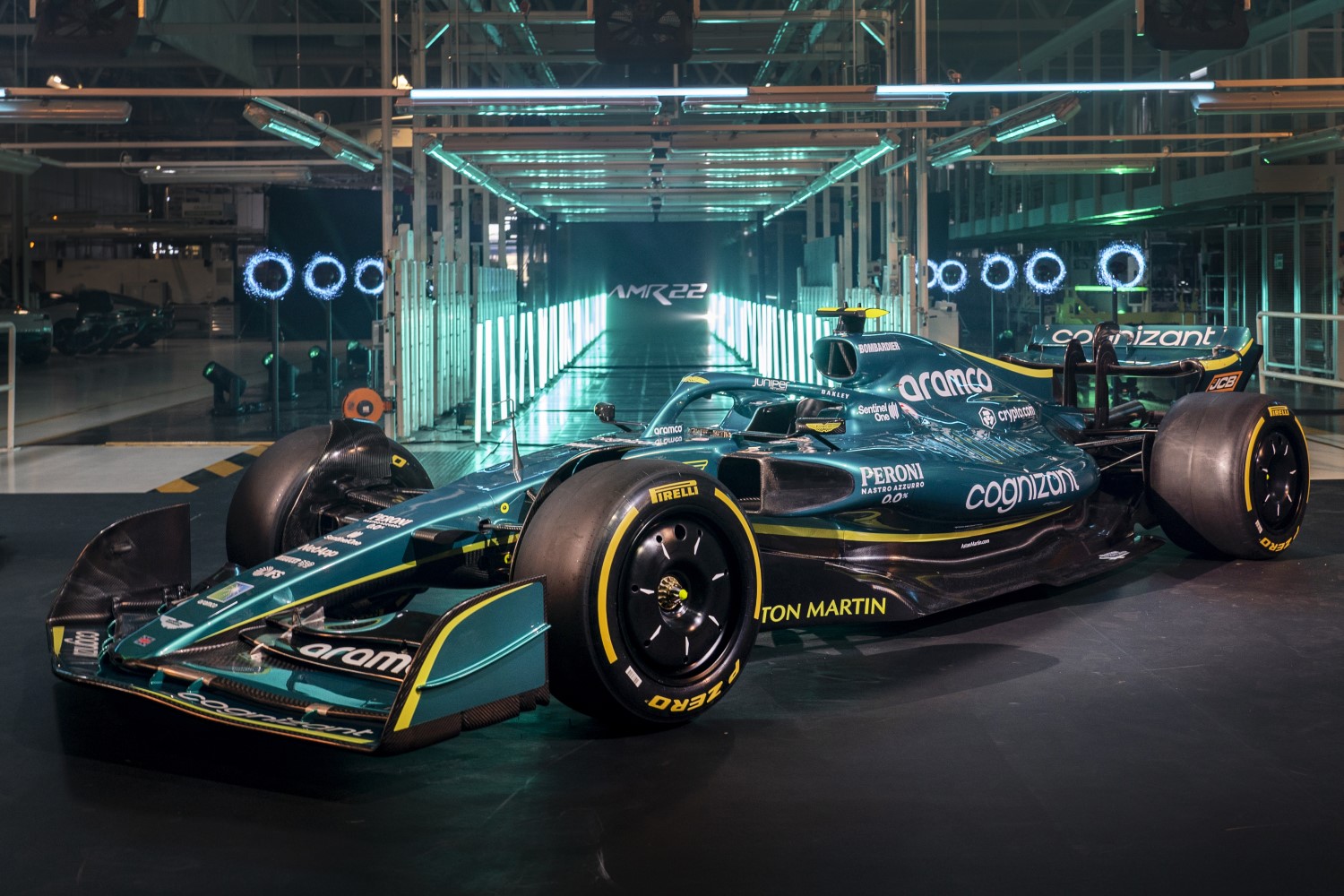 (GMM) Aston Martin has become the first Formula 1 team to unveil a “real” car for the all-new 2022 regulations.

Haas launched with digital images only, while Red Bull pulled the wraps off what was fundamentally a re-painted version of the mocked-up 2022 Formula 1 show car – with no brakes and not all of it even in carbon fiber.

Haas boss Gunther Steiner said the old practice of ‘launching’ an actual new car that would soon be outdated anyway with the obligatory first-race upgrades was no longer possible under the budget cap.

“Nobody who has to account for every dollar will do that,” he insisted.

It will be debuted during a filming day at Silverstone on Friday, with team owner Lawrence Stroll declaring that it is only year two of a five-year push for the world championship.

Thursday’s reveal event was attended by quadruple world champion and team driver Sebastian Vettel, who was asked about news that Formula 1 had dumped the newly-customary pre-race ‘kneeling’ ceremony ahead of 2022.

“I was a bit surprised,” said the German. “I think the issues we are tackling were not going to be gone within two years.

“Probably not all the drivers care, but I think there’s some that really do care. It was probably getting a bit too strong and individual for the business side of things.”

“It was a shame for Michael,” said the 34-year-old. “Two interests collided – the show and the sport. That made it difficult.

“He had to fill some pretty big shoes after the sudden death of Charlie (Whiting), but all in all I think he’s done a very good job since then.

“I don’t know what the future holds for him, but I hope he stays in Formula 1.”