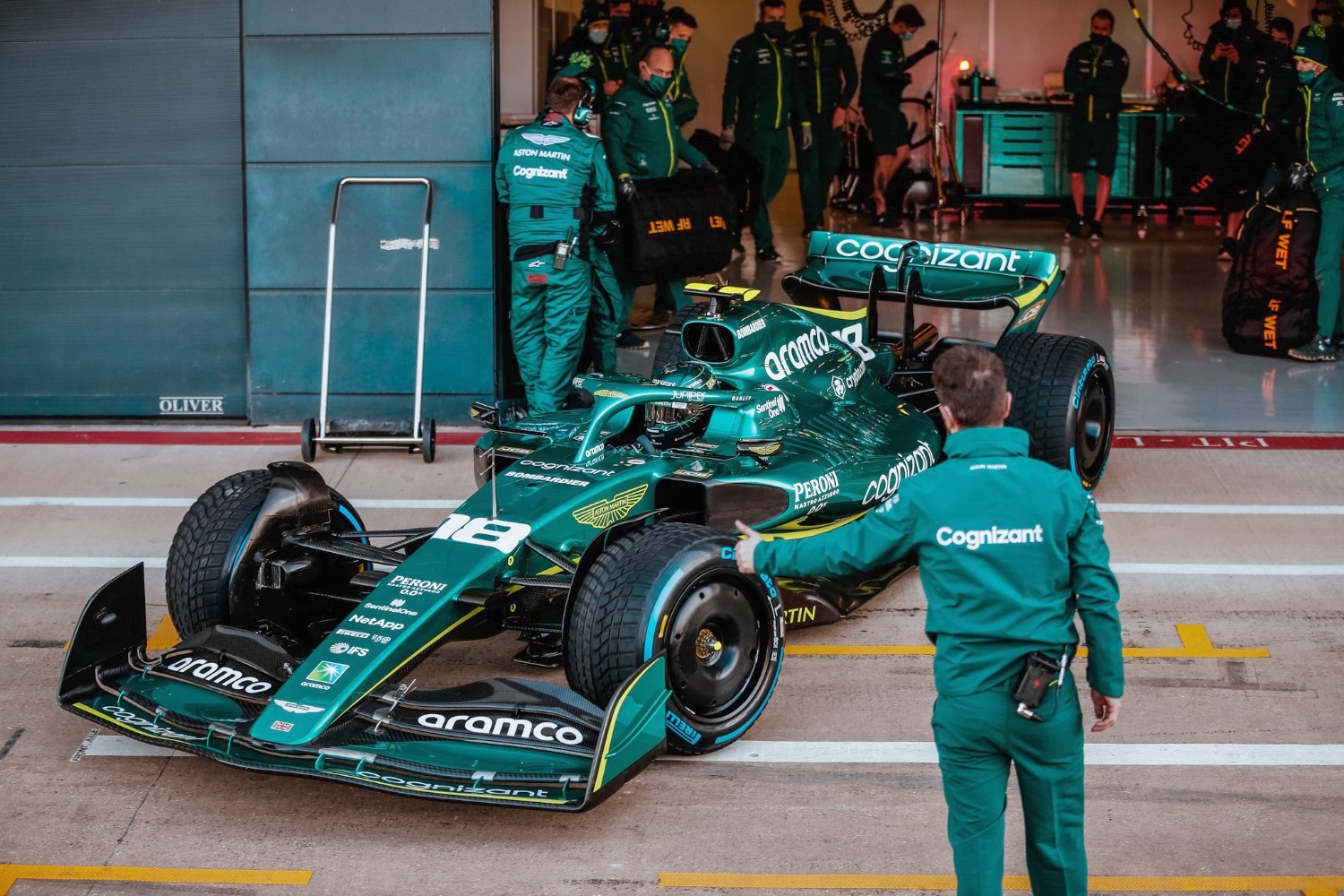 Aston Martin was the first F1 team to turn laps with their 2022 AMR22 car this morning at Silverstone.

Deemed a filming day, Lance Stroll drove the #18 Mercedes powered car out of the garage on full wet rain tires to begin.

Teams are limited to 60 miles of running at somewhat reduced speeds.

Aston Martin got the jump on all the teams so they could make certain all systems are working on the new car before the limited preseason testing begins on February 23rd in Barcelona.

Some teams are launching so close to that date, they may have no time to work out bugs and will lose valuable time during the test making the repairs.

The sight and sound we’ve all been missing… 🔥 #AMR22 #WeClimbTogether pic.twitter.com/WkF9mLy9iD

Aston Martin at Silverstone in the 2022 car pic.twitter.com/dtNsISA5tx

Launches done, pre-season testing will then be split across two venues in 2022, with a pre-testing session at the Circuit de Barcelona-Catalunya on February 23-25, followed up by the Official Pre-Season Test at Bahrain on March 10-12.