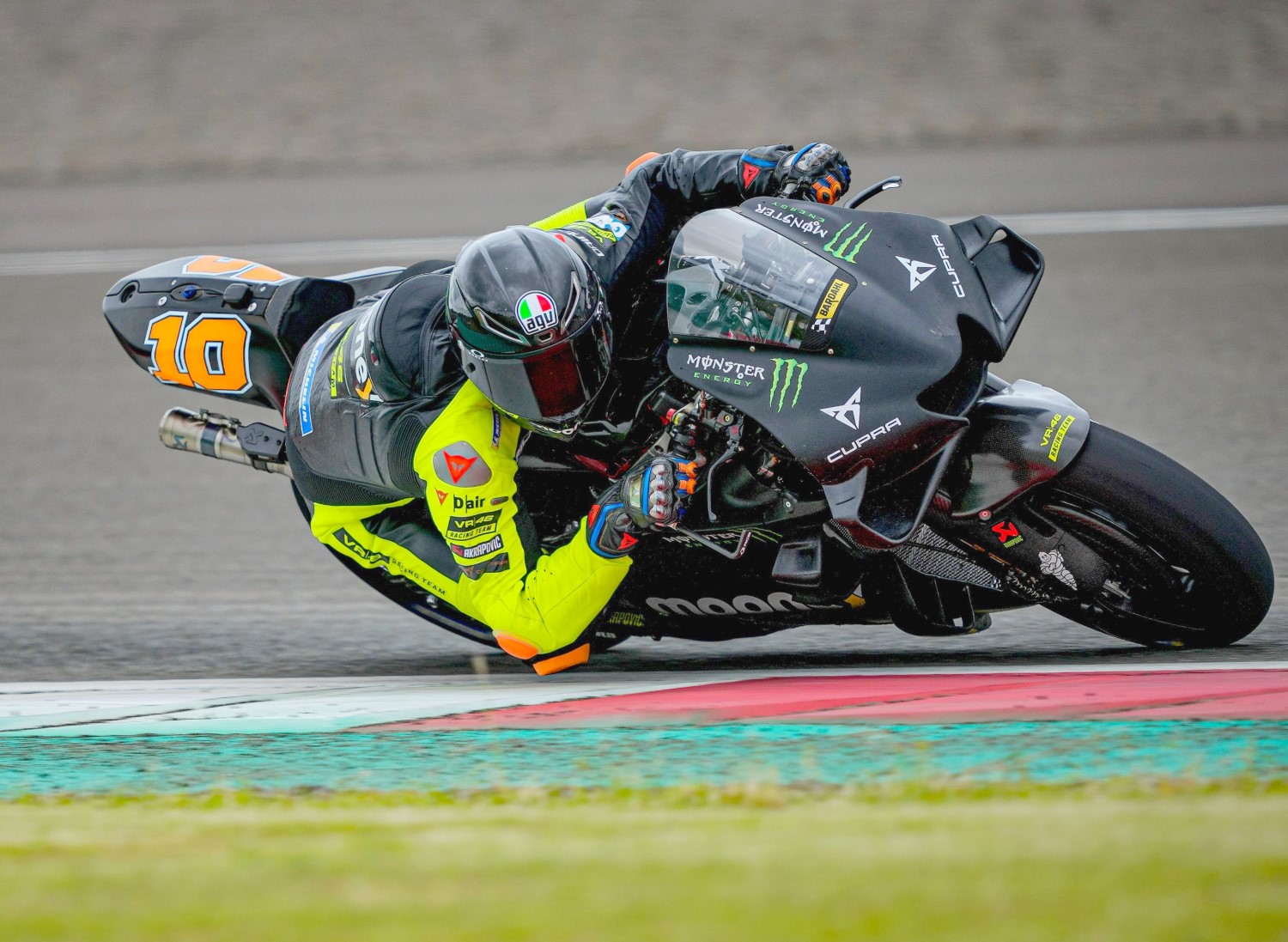 Mooney VR46 Racing Team’s Luca Marini stole the headlines on the second day of testing at the Official MotoGP Mandalika Test after setting a 1:31.289, beating eight-time World Champion Marc Marquez (Repsol Honda Team) by 0.192s. Maverick Viñales (Aprilia Racing) was able to get himself into P3 as less than a second covered 18 riders heading into the final day of pre-season on Sunday.

After Friday’s interrupted running due to wet weather conditions, the MotoGP paddock’s weather worries were eased as the rain stayed away from the Lombok circuit, despite dark clouds building just behind the back of the circuit. Another day of running continued to improve the track condition as riders began to dip into the 1’31s throughout the day.

Saturday was another day of steady improvements and progress for Marc Marquez on his way to second place on the time sheets. Across the course of 74 laps, the #93 set a best time of 1’31.481 – an improvement of 2.3 seconds over his previous day’s best. Like the rest of the field, his lap came in the closing stages of the day. But Marquez’s finishing position was not important to him, instead enjoying an ever-improving feeling with the bike and in turn an improved ability to produce quick laps.

“I already said yesterday that I started to feel the bike and today we did another step,” said Marquez. “We finished second, but the position and the time attack doesn’t matter, what was important was our rhythm and how the lap time was coming. Even in the last run of the day we tried something different, and it was another improvement. Happy, trying things and finding the way with this new bike. So far, this test has allowed us to shape the bike to me, to my style, and tomorrow will be another important day.”