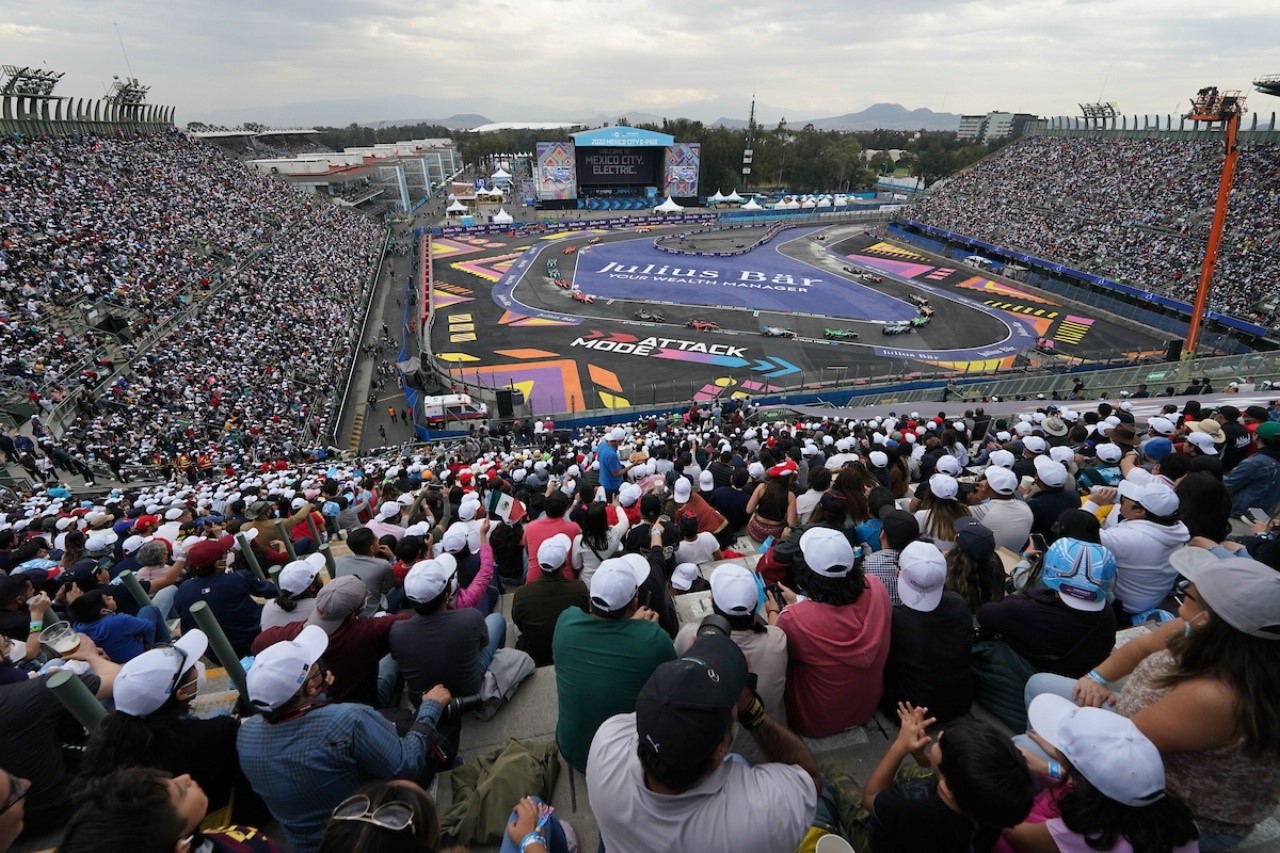 Porsche executed the perfect race, with Wehrlein leading from Julius Baer Pole Position and fending off standings leader Edoardo Mortara (ROKiT Venturi Racing) early on. The pair did drop into the pack behind the Swiss-Italian and Jean-Éric Vergne (DS TECHEETAH) for a brief period but gained a mighty energy advantage on the rest while still matching the leaders’ pace.

Into the final 15 minutes, Wehrlein and Lotterer picked their moment and dispatched Vergne and then Mortara for the lead, and from there, the Stuttgart manufacturer dictated in both pace and energy management.

By the checkered flag, Wehrlein and Lotterer had nine seconds in-hand on the rest and were able to soak in the adulations of the tens of thousands of fans packing the famous Foro Sol stadium as they toured to the finish line – more than making amends for the heartbreak in Puebla last season.

Vergne was able to bring the DS TECHEETAH home in third, with teammate da Costa battling to fourth after a number of skirmishes. Mortara did enough to retain the Drivers’ World Championship lead with fifth – the Venturi more marginal on energy than the Porsches and DS’ as the race wore on.

Mortara heads the Drivers’ standings by five points over de Vries, with Wehrlein jumping to third with the Round 3 race win.

The ABB FIA Formula E World Championship continues with Rounds 4 and 5 in Rome, Italy, on 9 and 10 April.

“That was really satisfying, with all the history I have here in Mexico it feels amazing to have the first victory for me and the team. I am so grateful for this team, I really love them. The car was amazing, and Andre did an amazing job. Today was our day, so let’s celebrate this evening.

“It was very important for me [to win here], I have raced here a couple of times in the Championship and been close so many times. Here in Mexico last year was heart-breaking to finish in P1 but then get disqualified. It was payback this weekend and it feels amazing.”

“Congrats to the team, congrats to Pascal – fantastic result. I was up on energy and had a good opportunity to take the lead, but we worked as a team and I think the strategy played out very well. If I had started in front of him it would have been the same story the other way around, I think from the team perspective it was the right call. We played it cool and showed a strong performance together.

“Its tough [not to get first E-Prix win] but that’s the sport, I should have qualified better and it would have been fine. Its nice for Pascal, he had a win taken away from him last year in Mexico, so karma came back for him.”

“It was an interesting race, I had more energy than Mortara and was looking good for the win, but then my team asked me to change the strategy and I lost a lot of positions all of a sudden. I was able to get it back, but not catch-up with the Porsche. But I am very happy with this podium.

“It has been a tough weekend for me – I had food poisoning yesterday – and I did not feel very well today. But congratulations to the Porsche boys, they did an amazing race, the last time I did a 1-2 was with Andre, so well done to Porsche. Let’s keep pushing to score points in the races and come back in the Championship.”