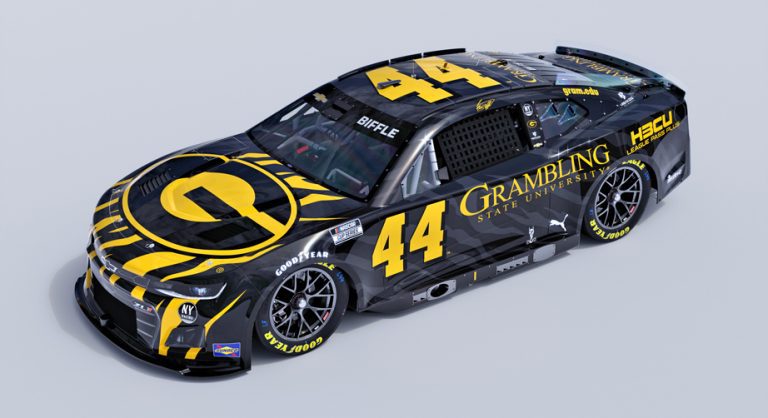 NY Racing announced Monday that Greg Biffle will return to the NASCAR Cup Series this week, bidding to qualify for the season-opening Daytona 500 this Sunday.

The organization revealed Biffle would drive its No. 44 Grambling State University/HBCU League Pass Plus Chevrolet, confirming the news that the team teased through its social media channels last week.

“I’m really excited to have the opportunity to drive the Next Gen car and help NY Racing make its entry into the 2022 season,” Biffle said in a team release. “I’ve always said since the day I stepped away from full-time competition that I would return under the right circumstances.”

Veteran crew chief Jay Guy will call the shots atop the pit box for Biffle. Guy has been a crew chief for more than 300 Cup Series races and earned a win with David Ragan in 2013 at Talladega Superspeedway.

The team owned by Grambling State alum John Cohen, who is a marketing partner of Urban Edge Network, Inc., will use Richard Childress Racing-built cars and Hendrick Motorsports engines.

“Urban Edge Network, Inc., is excited to announce our relationship with black owned NY Racing,” Todd F. Brown, CEO of Urban Edge Network, Inc., said. “John is an alumni of Grambling State University. We’re excited to bring our HBCU audience across 101 campuses into the NASCAR arena virtually and physically. We know that our fan base supports sports that reflect and invite blacks into the experience. We’re looking forward to branding and partnering with Fortune 500 companies to support this fully black owned team as they’ve supported other NASCAR teams in the past.”

Biffle competed in the NASCAR Cup Series full-time from 2003-2016, collecting all of his 19 victories for team owner Jack Roush. The first of those wins came at Daytona International Speedway in July during his rookie season. He collected championships in the Xfinity Series (2002) and Camping World Truck Series (2000) before making the Cup Series jump.

At 52, Biffle is the oldest Daytona 500 entrant. His last NASCAR national series start came in 2020, when he finished 19th in a GMS Racing truck at Darlington Raceway. That appearance followed a victorious 2019 one-off with Kyle Busch Motorsports at Texas Motor Speedway.