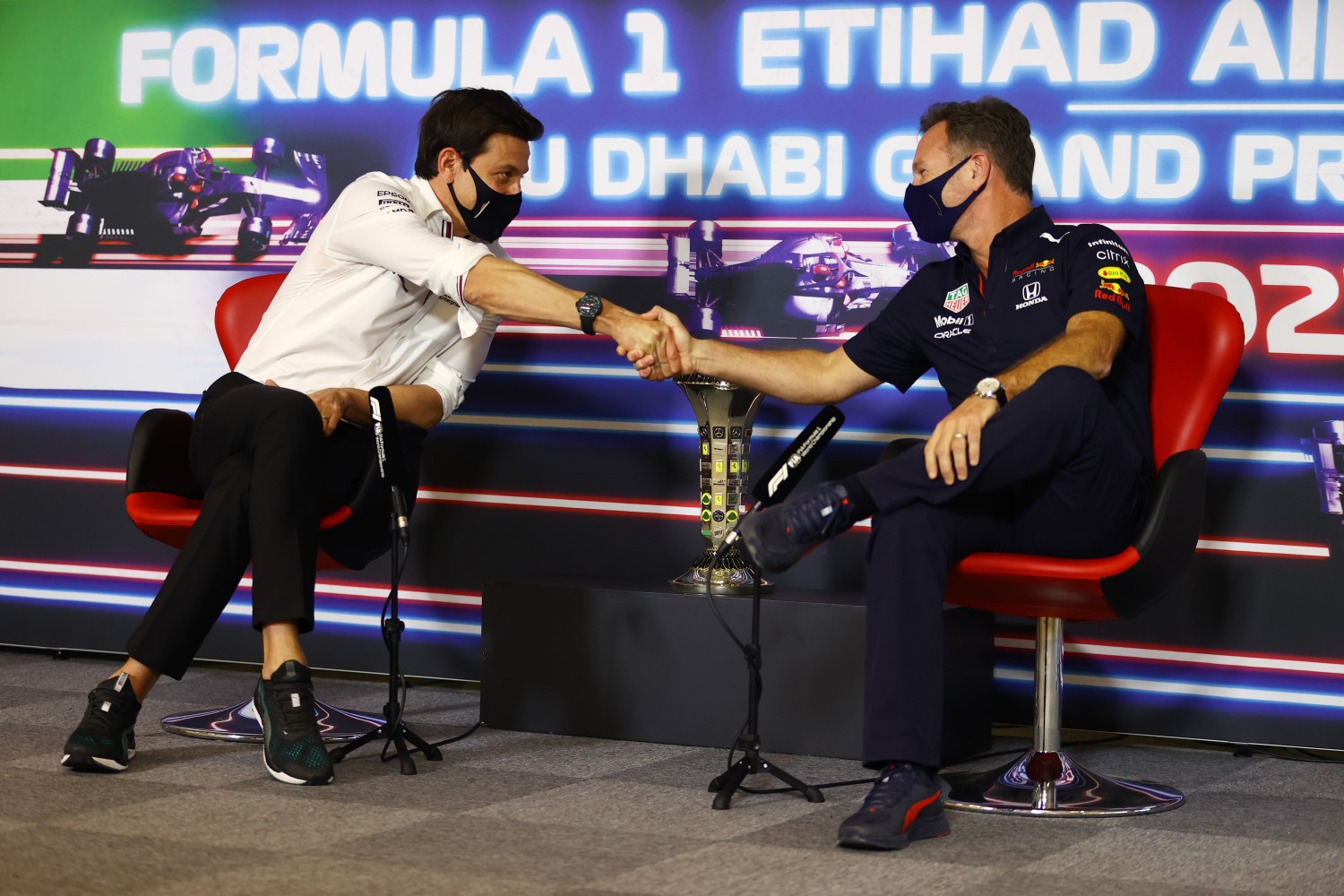 (GMM) Tensions between Red Bull and Mercedes appear to have cooled in the wake of the ultra-intense 2021 world championship finale.

When the F1 Commission got together in London this week, it was the first face-to-face encounter since Max Verstappen sensationally pipped Lewis Hamilton to the crown amid highly controversial circumstances.

On the agenda in London was the FIA investigation into race director Michael Masi’s handling of the late and decisive safety car period, with the matter to be resolved shortly.

As for Horner and Wolff, new FIA president Mohammed bin Sulayem said the pair were calm.

“They were close to each other and in a good mood, so that was good,” he said.

“I expected more entertainment, but it was good to see the harmony between them.

“They had similar positions, perhaps because it was Valentine’s Day,” bin Sulayem laughed.

“We have agreed on some details, but the analysis of the situation is ongoing, and we will announce the results soon. It was a productive discussion though, so we’ll see.”

He is hinting that structural changes to the FIA’s organization will be the outcome of the probe.

“The integrity of the FIA will remain intact,” said the FIA president, who took over from Jean Todt. “That’s why I was elected president.

“In addition, I have to ensure that there is a fair fight in motorsport – this is my duty.”