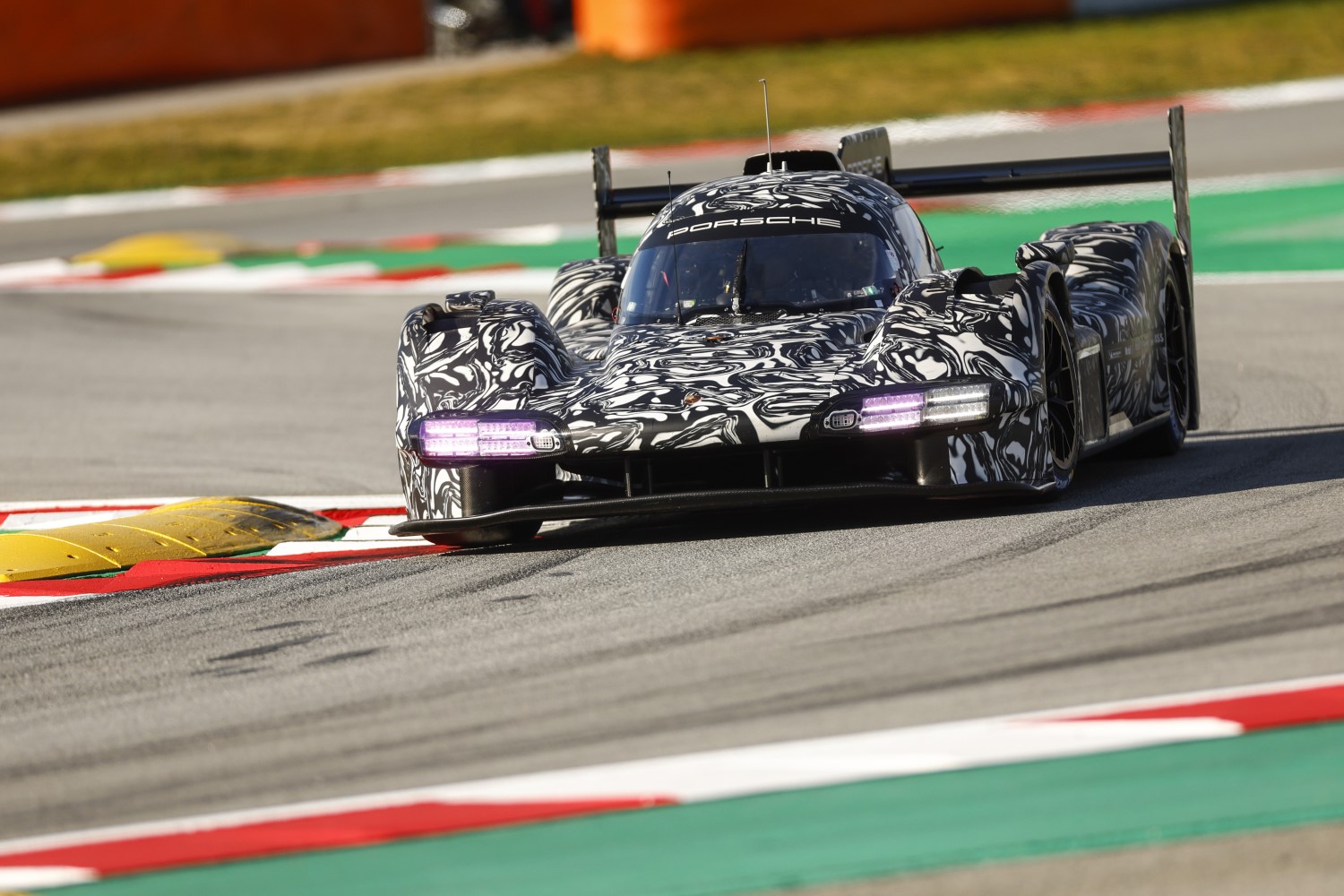 The new LMDh prototype from Porsche Penske Motorsport has passed its first test on an international stage with flying colors. On the Circuit de Catalunya close to the Spanish metropolis of Barcelona, the vehicle covered more than 2,000 kilometers over the last few days. The focus of the test runs was to set up the systems, develop the tires and optimize the interaction between the V8 Turbo engine and the hybrid elements as prescribed by the regulations. Over several days of testing, the new Porsche works drivers Felipe Nasr (Brazil) and Dane Cameron (USA) were among those who drove the ca. 500 kW (680 PS) car.

“The successful tests in Barcelona were an enormously important step,” recaps Thomas Laudenbach, with the Vice President Porsche Motorsport adding: “During our first laps on our test track in Weissach, it was critical to ensure that the basic functions of the LMDh prototype worked. In Spain, we saw the entire scope of development: endurance runs, setup work and, very importantly, the optimization of the interaction between all partners involved in this project. I found it very impressive how quickly the employees from Porsche, Penske, Michelin, Multimatic and others came together as a unit. I’d like to thank everyone for the part they played.”

“We completed the first tests on a ‘real’ racetrack and managed to more than double the previous mileage of the new Porsche LMDh to over 2,000 kilometers,” says Urs Kuratle, Director Factory Motorsport LMDh. “This shows that we used the time after the planned but cancelled tests very well for this intensive preparation. Including our partners, more than 70 people were at the track. From an organization viewpoint, that was another challenge. We’ve made major progress not only with the car but with the operational cooperation and processes within Porsche Penske Motorsport. But we still have a long way to go before we’re where we want to be.”

“We made great progress from day to day during these tests. The feedback from the drivers, the engineers and the team was consistently positive,” sums up Jonathan Diuguid, Managing Director Porsche Penske Motorsport. “We’re the first to put an LMDh vehicle through its paces in test mode. This gives us the chance to systematically sort out every aspect over the coming weeks and months and to take on the competition in 2023 with the best possible preparation.”

Porsche continues its development program with the new LMDh prototype on different racetracks in Europe and North America. In autumn, the car will be homologated, followed by the first race outing in January 2023 at the 24 Hours of Daytona.

Drivers’ comments on the test runs
Felipe Nasr: “These were my first laps in the LMDh car – a terrific experience. Although the car is brand new, we managed to cover a lot of kilometers. That was great and shouldn’t be underestimated. We could even begin the setup work and tire tests. My impression of the vehicle is positive, and I’ll leave Barcelona with a smile. I was very much looking forward to these first runs. Now I got the chance to finally work with the Porsche Penske Motorsport team, take the wheel and step on the gas. It was a very special experience for me and makes me excited for everything to come in the future.”

Dane Cameron: “I climbed into the LMDh car for the first time a good fortnight ago in Weissach. That was primarily about functional tests. The progress that’s been made up to our first laps at Barcelona is impressive. During the test days, we made consistent progress. Each day we managed to cover more mileage and the performance improved noticeably. Of course, at this early development stage, it’s not about pushing to the very limit. On the contrary: our approach is very conservative. Based on this, my impression is extremely positive, because there is still an incredible amount of potential to further improve our new car.”