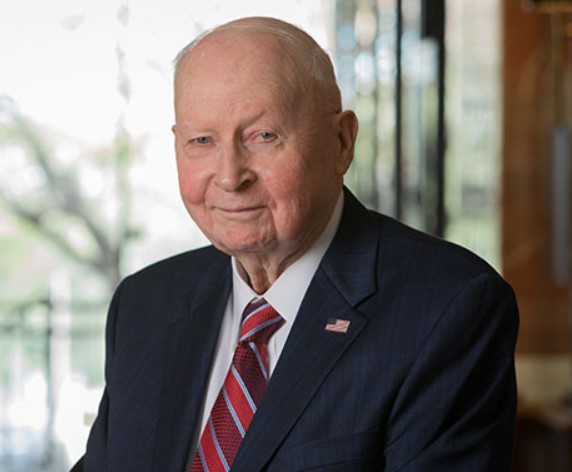 Henry B. Tippie, the former chairman of the board of directors for Dover Motorsports Inc., passed away Sunday. He was 95.

Tippie, an owner, adviser and board member of six companies, was a longtime executive with Rollins, Inc., a company established in Delaware after World War II with several businesses trading on the New York Stock Exchange.

“Dover Motorsports wouldn’t have been the organization it became without Henry Tippie,” said Denis McGlynn, the longtime president and CEO of Dover Motorsports, which was purchased by Speedway Motorsports in December. “His leadership and guidance over the last several decades made the company a cornerstone of the entertainment and recreational offerings in the mid-Atlantic region.”

Born in Belle Plaine, Iowa, in 1927, Tippie’s education began in a one-room schoolhouse before graduating from Belle Plaine High School in 1944. Following service with the U.S. Army Air Force in the Pacific theater during World War II, Tippie graduated from the University of Iowa in 1949 with an accounting degree.

John W. Rollins and Associates responded to an advertisement Tippie placed in an accounting journal and Tippie began working for the Rehoboth Beach, Del.-headquartered firm on Feb. 17, 1953, an event he later called the “opportunity of a lifetime.”

While at Rollins, Tippie helped John Rollins, and his brother, Wayne, expand a business that included holdings in car dealerships, outdoor advertising and a broadcasting company. Tippie was a key part of the team that led to Rollins’ purchase of Orkin Exterminating Co.

Tippie joined the Dover Motorsports, Inc., board of directors in 1996, when the company was first publicly offered on the New York Stock Exchange.

“This has been an interesting place, to see how it’s come from nothing … to what’s here today,” said Tippie in an interview with the Delaware State News in October 2015. “We had a lot more hits than misses.”

Tippie’s philanthropy reached back to his home state, where the Henry B. Tippie College of Business at the University of Iowa was established after a February 1999 donation. Tippie awarded hundreds of scholarships to Iowa high school students, starting in 1968, and he also contributed to the library, airport and museum in his hometown of Belle Plaine.

In his later years, Tippie moved to Austin, Texas, and owned a 33,000-acre ranch in Limestone County, Texas.