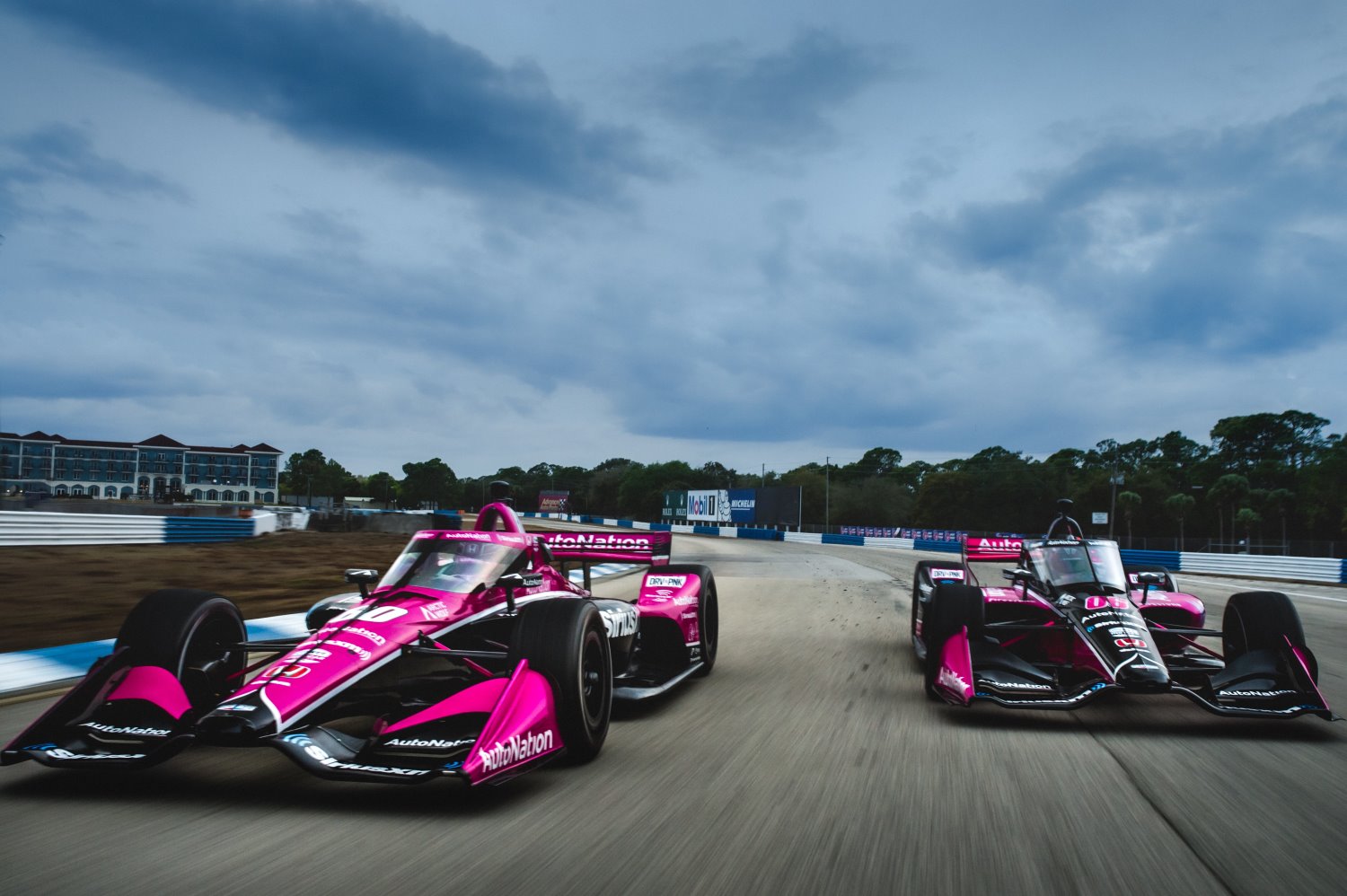 Meyer Shank Racing (MSR) will be looking to build on the momentum from winning the IMSA season opening Rolex 24 At Daytona when the team kicks off its 2022 NTT INDYCAR SERIES campaign with Sunday’s Firestone Grand Prix of St. Petersburg (12:00pm ET, NBC, SiriusXM Ch. 205).

The pair were a part of MSR’s Rolex 24 winning lineup when the team scored a major triumph on the 60th anniversary of the event, having also scored victory in the 50th running of the Rolex 24.

This season will mark Castroneves’ 13th start in St. Petersburg. The Brazilian racer heads into the event weekend as a three-time winner on the streets of St. Pete, scoring victories in 2006, 2007 and 2012. Castroneves also served as the IndyCar Grand Marshal for the Firestone Grand Prix of St. Pete in 2018.

Making his first official IndyCar race start with MSR, Pagenaud returns to his Honda-powered roots having last competed with the powerhouse manufacturer in 2014. Pagenaud will make his 11th start in St. Petersburg having scored back-to-back second place finishes in 2016 and 2017.

Mike Shank, MSR Co-Owner:
“I think everyone at MSR is eager to get this year started. Having Simon and Helio on board this year really puts us at that level of competition that we have been building over the last few years. We’ve proved that we can be competitive and now we just need to continue that momentum into 2022.”

Helio Castroneves, No. 06 AutoNation / SiriusXM Honda:
“I’m looking forward to St. Pete for several reasons. I’m going back to a race where I had a great time and it’s a place that I’ve had success at. This year is going to be a big year for not only myself but for Meyer Shank Racing. We’ve proved that we work well together in the few races we did last year, but now we come back for the full-season and it’s time to really focus on getting results every weekend.”

Simon Pagenaud, No. 60 AutoNation / SiriusXM Honda:
“First off, I am looking forward to working with my new team. I think there has been a lot of hype on our side of things to know where we stack up. But most importantly, it’s about extracting the best out of whatever situations we are in and then see where we end up. I’m just looking forward to starting my new adventure with MSR, Mike Shank and Jim Meyer and I want to represent them the best way that I can.”