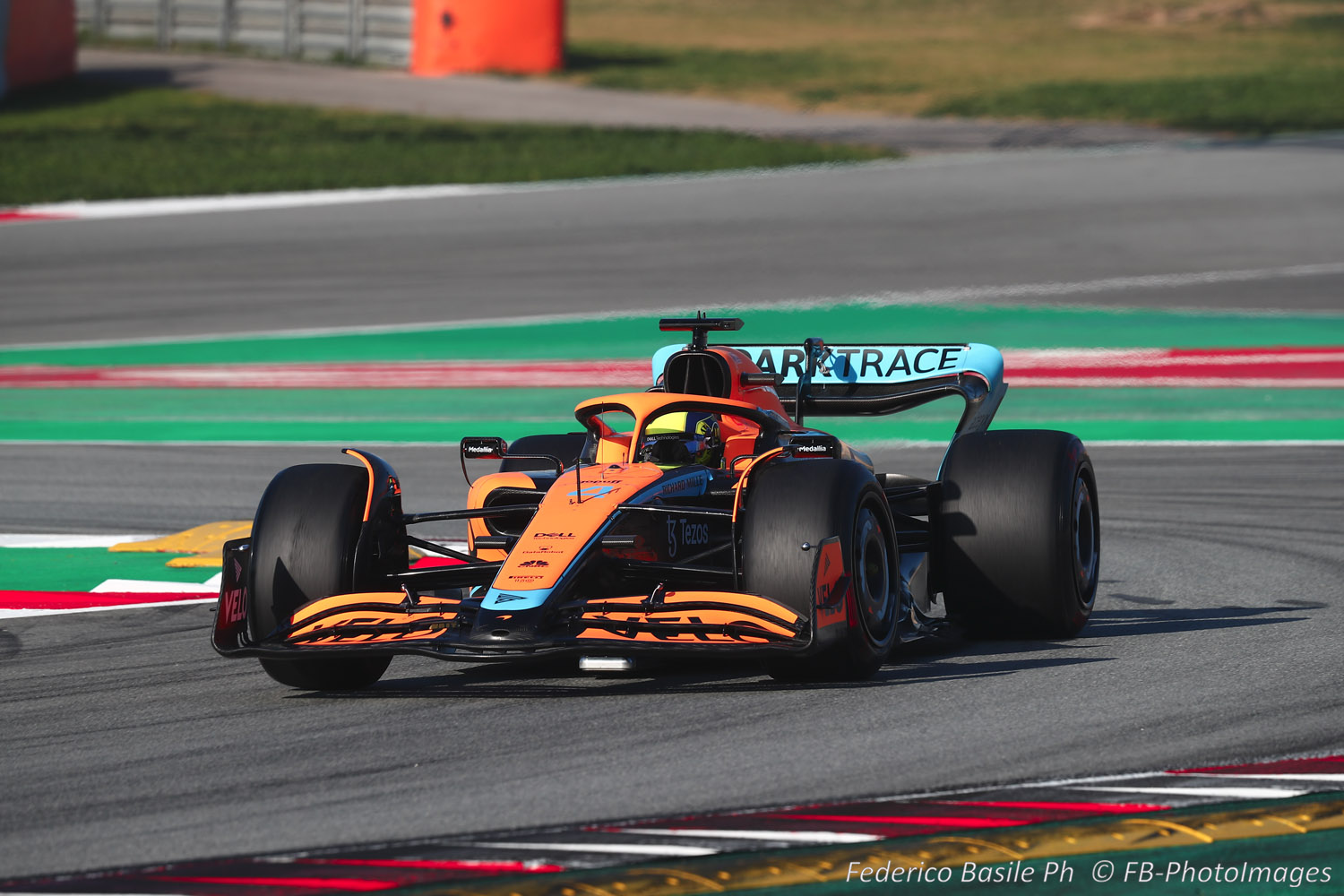 Lando Norris strapped on a new set of C4 compound Pirellis with about 30 minutes to go in Day 1 of F1 testing in Barcelona to go fastest at 1m19.951s and then went even faster with 13 minutes left in the day with a time of 1m19.568s to extend his margin over the rest of the field.

Up until Norris strapping on C4s, the Ferraris were 1-2 on medium C3 Pirellis, Charles Leclerc ahead of Carlos Sainz Jr. 1m20.165s and 1m20.416s respectively.

The two Mercedes of George Russell and Lewis Hamilton, also on the C3 compound, set times of 1m20.784s and 1m20.929s respectively, to round out the top-5.

Sebastian Vettel’s 1m21.276s from the morning session remained as the sixth best time, while Yuki Tsunoda’s 1m21.638s put him seventh for the day.

World Champion Max Verstappen spent the afternoon session doing long runs in race trim, which meant his time from the morning session stood as his best, where he finished ninth in the day’s combined standings.

There were no red flags the entire day, underscoring how well the new cars performed out of the box.