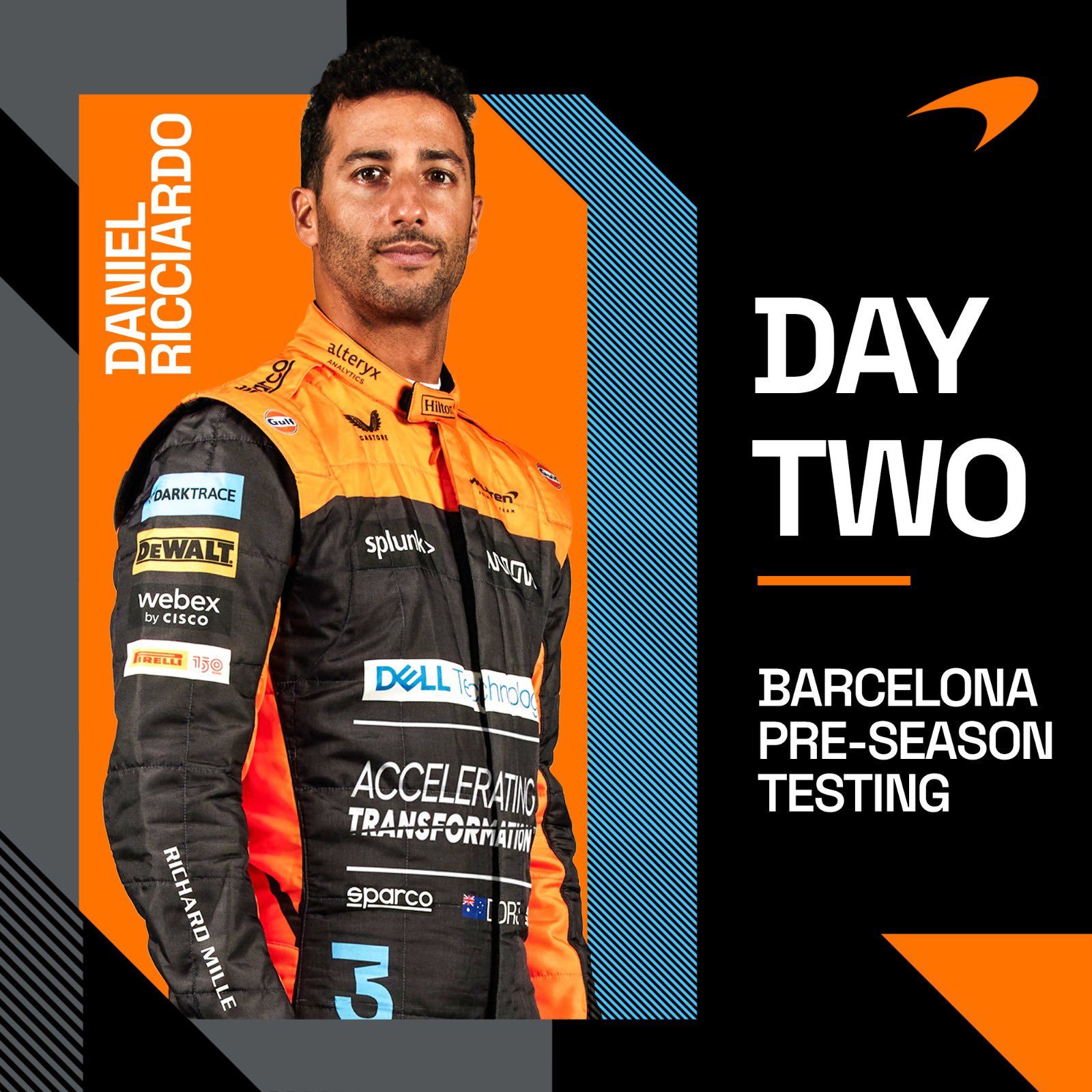 The new McLaren MCL36 powered by Mercedes has been consistently fast as preseason testing has reached the mid-point in Barcelona, Spain.

Carlos Sainz Jr. had the Ferrari on top most of the morning, but was pipped by 0.2s by Ricciardo just before the lunch break.

Pierre Gasly was 3rd quick in the Alpha Tauri, 0.4s back

The testing had its first red-flag of the week when Sergio Perez stopped his RB18 Red Bull on the exit of Turn 13, it’s engine switched off. The team later reported it was a gearbox issue, but it has been fixed.

Let’s remind our readers that teams are not showing their full hands yet, and likely won’t until the first race qualifying session in March, but the testing does provide us with a potential pecking order early on.