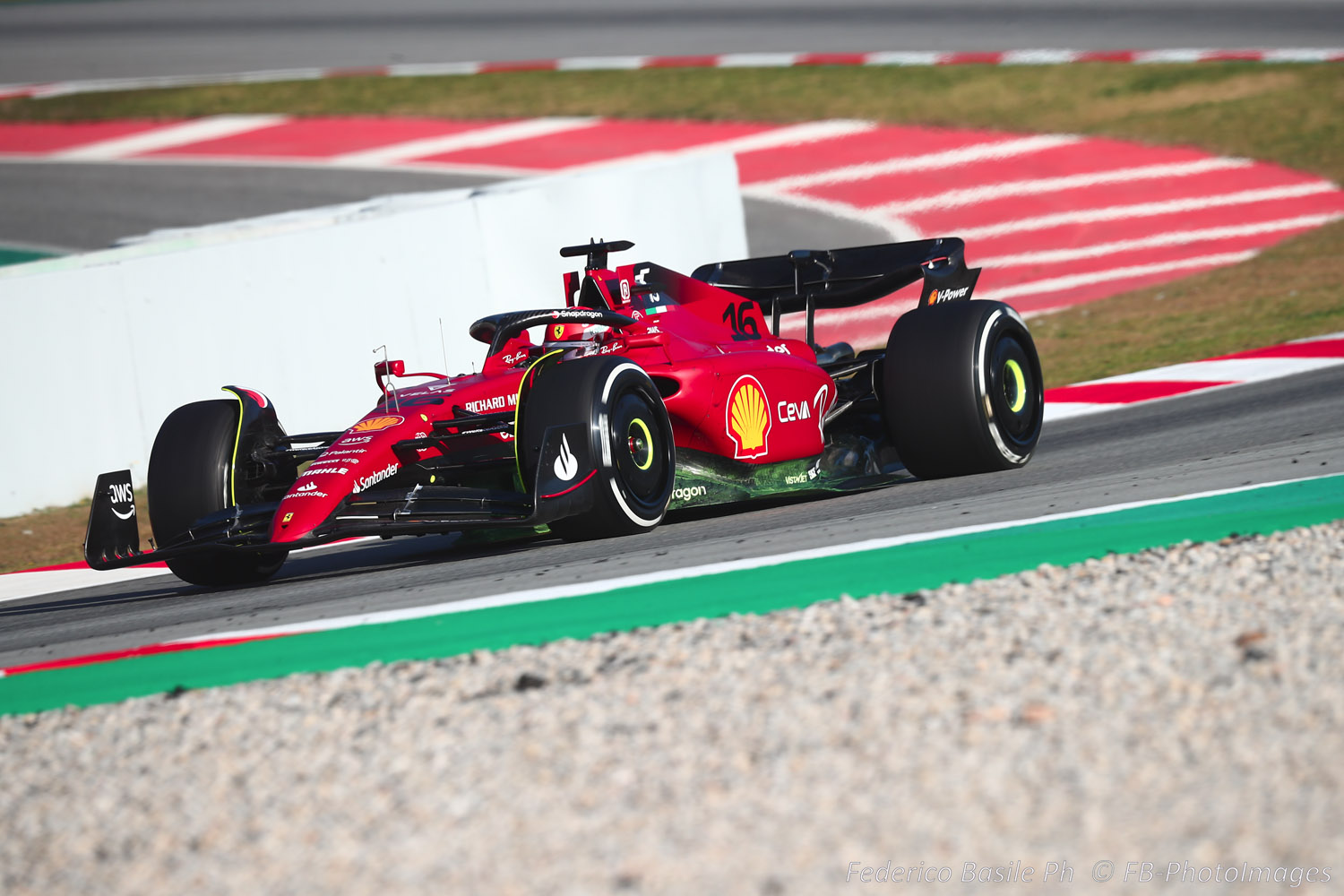 Charles Leclerc has returned Ferrari to the top of the speed charts as Day 2 of F1 preseason testing in Barcelona has come to a close.

“We completed a lot of laps again, which is what counts the most at testing. Our aim is to drive as many kilometers as we can, to complete as many different tests as possible and that’s exactly what we did.

“Again, we should not get ahead of ourselves because P1 doesn’t mean anything at this stage. We have to keep working extremely hard. Tomorrow is our final day at Barcelona and we have to make the most of it before we turn our attention to Bahrain.”

Pierre Gasly came closest in the Alpha Tauri at 1m19.918s, but he did it on softer C4 compound tires.

“I must say I am super excited to be back,” said Gasly.

“It was good to understand a bit more about how this car works and so far, it’s been really positive. Straight out of the box, I’ve felt quite confident inside the car, and it has responded the way I wanted.

“Obviously, there’s still a lot of work to do, but it’s been a pleasing start to the year. Personally, I’m trying to focus on how the car feels when I’m driving it and what I need to do myself to improve.

“Tomorrow we will continue to explore some different directions in terms of set-up, we have some good ideas that we would like to try and I’m sure we have more performance to come. There’s still so many unknowns so we’ll be looking at everything tonight with the engineers and then pushing for more tomorrow.”

Likewise, Daniel Ricciardo in third for McLaren turned his fastest lap on the C4 compound at 1m20.288s.

The only red-flag in the afternoon was Nikita Mazepin who stopped at Turn 9 with a fuel pump issue just before the half-way point of the afternoon’s running,