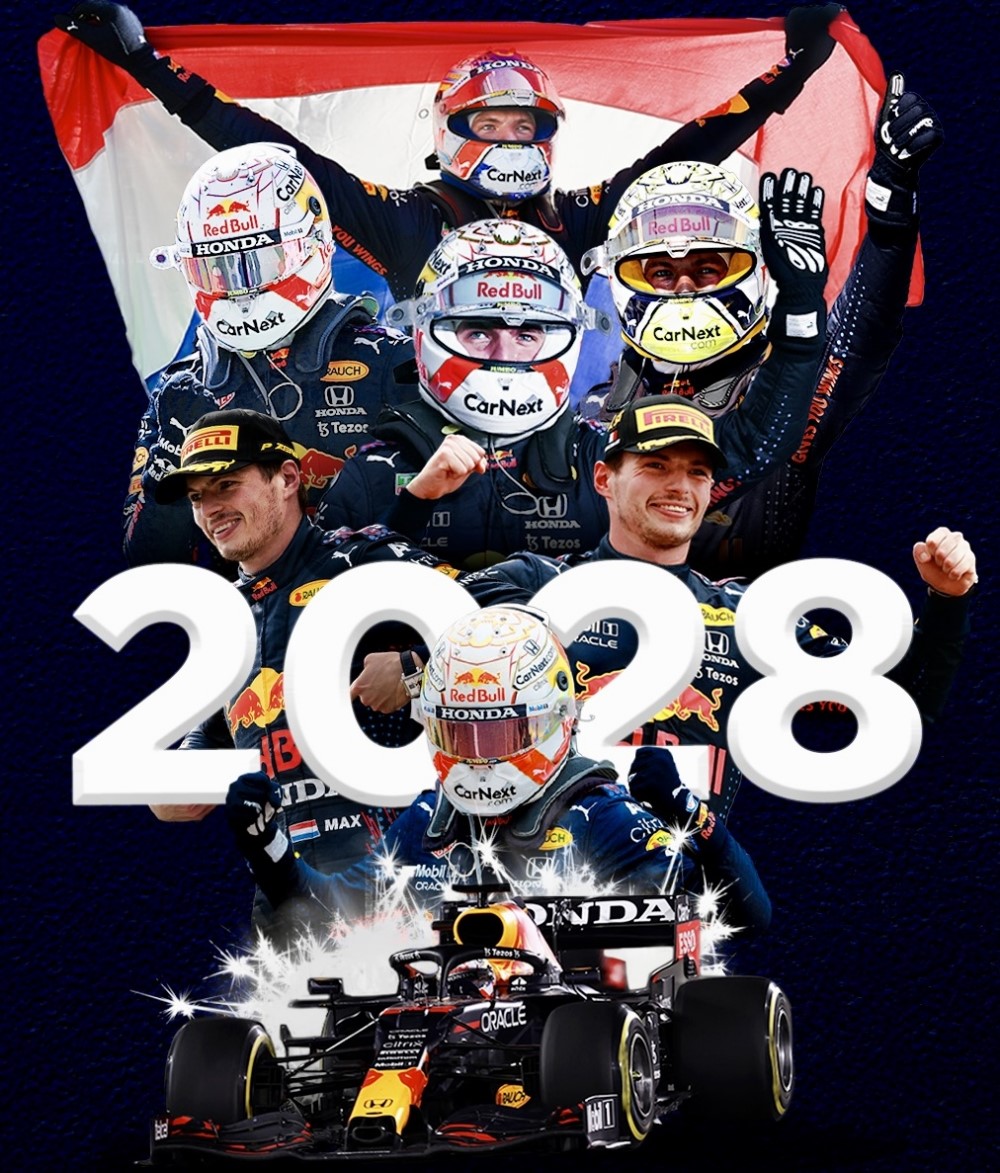 This rumor is upgraded to ‘fact’ today with confirmation from both Red Bull and Verstappen that a deal has been signed to keep Verstappen at Red Bull through 2028.

🗣 “To have Max signed through to the end of 2028 is a real statement of intent. Our immediate focus is on retaining Max’s World Championship title, but this deal also shows he is a part of the Team’s long-term planning.” Christian on today’s announcement ✍️ pic.twitter.com/JJtz70fXNF

After winning his maiden Formula One World Championship title in 2021, Max Verstappen has signed a long-term contract extension that will keep the 24-year-old Dutch driver with the Oracle Red Bull Racing Team, exclusively, until the end of 2028.

Speaking about the new five-year-deal, Max said: “I really enjoy being part of the Oracle Red Bull Racing Team, so choosing to stay to the 2028 season was an easy decision. I love this team and last year was simply incredible, our goal since we came together in 2016 was to win the championship, and we have done that, so now it’s about keeping the number one on the car long-term.”

Oracle Red Bull Racing CEO and Team Principal Christian Horner added: “To have Max signed with Oracle Red Bull Racing through to the end of 2028 is a real statement of intent. Our immediate focus is on retaining Max’s World Championship title, but this deal also shows he is a part of the Team’s long-term planning. With the Red Bull Powertrains division working towards the new engine regulations for 2026 we wanted to make sure we had the best driver on the grid secured for that car.”

The new five-year extension runs until the end of 2028 and is in addition to the original deal that covered the 2023 season.

Really proud to announce that @redbullracing will be my home until at least 2028. I love this team and I am very happy to continue this amazing journey we are on for a long time. We have accomplished so much together already but we are definitely not done.💪✍️ pic.twitter.com/ONWq32B835

Max Verstappen has reportedly signed a new $50 million a year contract with Red Bull that puts him in the same pay bracket as Lewis Hamilton.

The new contract will reportedly see 24-year-old Verstappen stay with Red Bull until he is at least 30 years old making it one of the most lucrative contract extension in Formula One history.

The Daily Mail claimed Verstappen recently visited the team’s factor in Milton Keynes on Tuesday to tie up the ‘last threads’ of the extension after committing to the terms during pre-season testing in Barcelona.

A Dutch journalist reports that is it the largest F1 contract of all-time at around $250 million.

The journalist, who is understood to be very close to the Verstappen family, then suggested that his new deal could well see him earn $50 million a year for the next four or five seasons.

We have reported for some time that a contract extension for the reigning world champion is on the cards, and De Telegraaf now reports that a signature is close.

Verstappen, 24, already has a deal to the end of 2023, but multiple sources report that a multi-year extension is likely.

His co-manager Raymond Vermeulen is said to have been in Graz for talks with Marko just prior to the Barcelona test, which he also attended.

The major German broadsheet Bild claims Verstappen’s annual retainer will rise from EUR 22 million to about EUR 26.5m, including higher bonuses for wins and titles.

“We are in talks,” was all Marko, 78, would tell Auto Motor und Sport.

Rumor has it that Max Verstappen is set to extend his contract with Red Bull with a $30 million-per-year deal, with confirmation of the agreement expected in the upcoming weeks.

According to Dutch newspaper De Telegraaf, both parties are set to announce a new contract, keeping Verstappen with Red Bull for a significant period and raising his annual salary from $24m to $30m plus bonus payments.

The report said Verstappen’s manager Raymond Vermeulen went to visit Red Bull boss Helmut Marko in his home in Graz, Austria to discuss the new deal, which is expected to be made official in the upcoming weeks.

Verstappen’s contract with Red Bull runs to 2023 and the report said the deal would be ‘significantly’ extended.