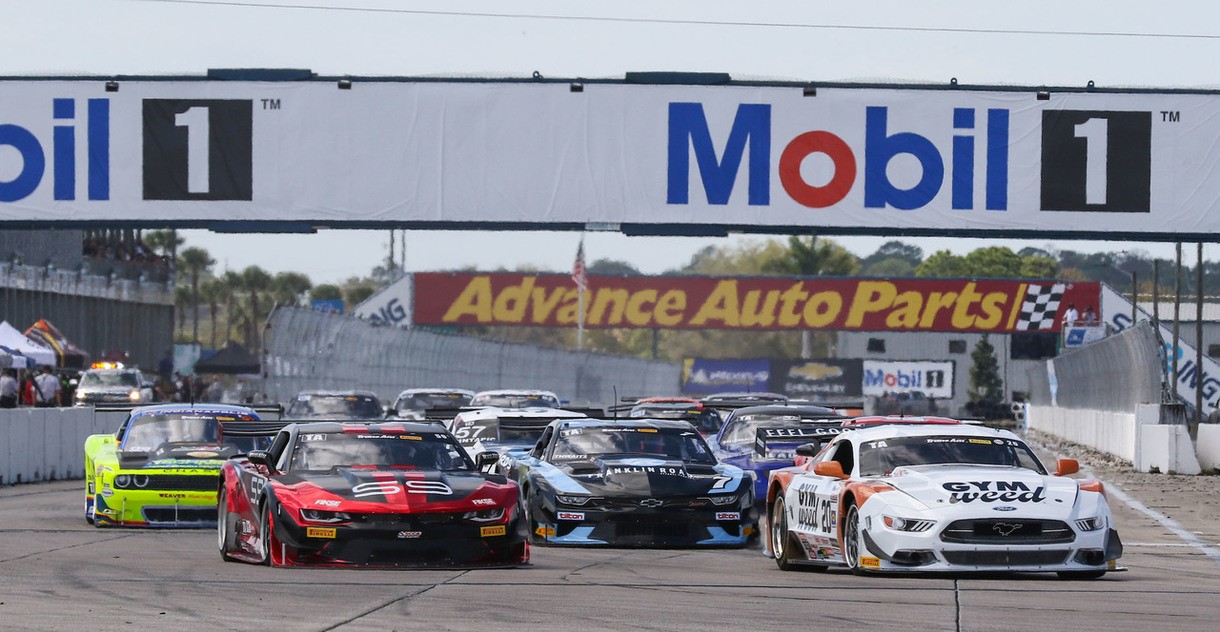 Chris Dyson began the new Trans Am by Pirelli season in much the same way as he ended the last one, starting on the pole and then leading the race in his #20 GYM WEED Ford Mustang from the green flag to the checker.

With no yellow flags to slow the race pace, Dyson dominated the 100-mile sprint, winning by more than a minute ahead of the second-place finisher.

“This was just about a perfect race and a fantastic way to start the year,” Dyson said following the post-race victory celebration. “After the winter layoff, it felt great to be back in the car. But the race wasn’t as easy as it might have looked. Initially, I just tried to hit my marks, and we just started to gap the field. But Sebring is so bumpy it beats up the car and the driver. I worked hard on my fitness over the winter, and the team made sure the car was in great shape and completely reliable. That paid off today.”

Dyson opened his 2021 championship run with a win at Sebring as well. But in contrast to this year, in 2021 he led only one lap – the final one – after electing to make a post-qualifying tire change which meant starting the race from the back of the grid.

“When people ask how we won the title last year, I tell them it came down to mechanical reliability, season-long focus on the part of the entire team and race-weekend execution,” Dyson said. “We aren’t resting on our laurels. Maintaining those same three factors will be the key to whatever success we have this season.”

Dyson said he expected the rest of the season would be significantly more challenging. “There were some fast cars with excellent drivers who had mechanical trouble this weekend. Some of the teams may not have been quite as well-prepared for this race as our team was, but they will quickly get themselves sorted out. With Wally Dallenbach, Paul Menard and others joining the series in strong cars, along with Tomy Drissi, Boris Said, Ken Thwaits, David Pintaric and Amy Ruman, I expect the competition this season will be tougher than ever.”

The second race of the 2022 Trans Am by Pirelli season is at Charlotte Motor Speedway, March 17-20.