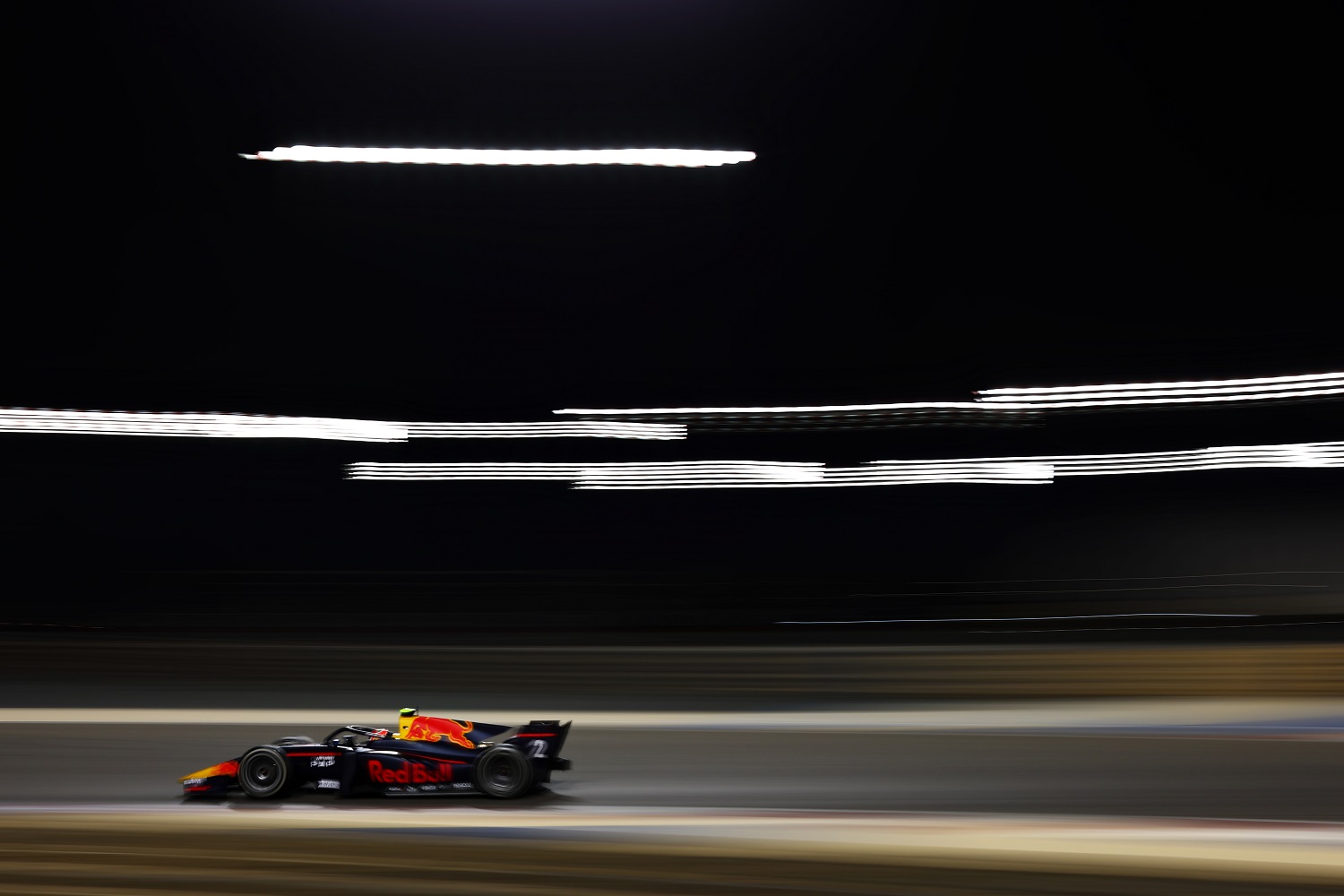 PREMA were a familiar name at the top of the timesheets on Day 1 of pre-season testing at Sakhir, as Jehan Daruvala set the fastest lap time ahead of Trident’s Calan Williams and Dennis Hauger.

Daruvala featured in the top four in both sessions, but set his quickest time on a cooler track in the afternoon, finishing five tenths faster than Williams with a lap of 1:42.074.

Carlin’s Liam Lawson had gone quickest in the morning session, ahead of MP Motorsport’s Felipe Drugovich.

Formula 2 made its long-awaited return to action at testing in Sakhir, with DAMS’ Ayumu Iwasa leading the field out of the pits for a gentle eight-minute tour of the Bahrain International Circuit.

There were three delays during the session as Hitech’s Jüri Vips twice stopped on track, while Campos Racing’s Olli Caldwell also came to a halt.

Lawson took control for Carlin around the midway point and never relinquished it, setting the quickest lap with a time of 1:44.522, ahead of Drugovich, who had returned to MP after a season with Virtuosi.

Sargeant was bumped down to third in the final standings, with Red Bull junior Daruvala in fourth. Virtuosi’s Jack Doohan rounded out the top five, ahead of his teammate Sato.

Drugovich was enjoying the familiar feel of his MP machinery and returned to the front of the order at the start of the afternoon session, setting a 1:43.831 to top the table ahead of DAMS’ Roy Nissany.

After two red flags, one each for Vips and Bölükbaşı, Lawson returned to the top of the order. The Red Bull junior’s time of 1:43.498 was enough to surpass Drugovich, despite an improved effort from the Brazilian, who was less than a tenth off. Sargeant continued his promising early form for Carlin by going third.

he timesheet was given a shuffle in the second half of the session as PREMA went on a run of fast laps. Daruvala was the pick of the lot, lapping at 1:42.074 as he continued to look comfortable back in the Italian team’s machinery.

Williams was the only driver to separate the two PREMA’s, lapping five-tenths off Daruvala to go second, 0.012s ahead of 2021 Formula 3 champion Hauger.

Lawson had dropped to fourth at the flag, while Sargeant found the pace to jump ahead of Drugovich for fifth. Armstrong finished seventh fastest, ahead of Charouz’s Enzo Fittipaldi. Vips recovered from his earlier red flag to finish ninth, as Nissany completed the top 10. Ralph Boschung was the busiest man in the afternoon session, completing 38 laps.

The second day of pre-season testing will begin at 11.45am on Wednesday.