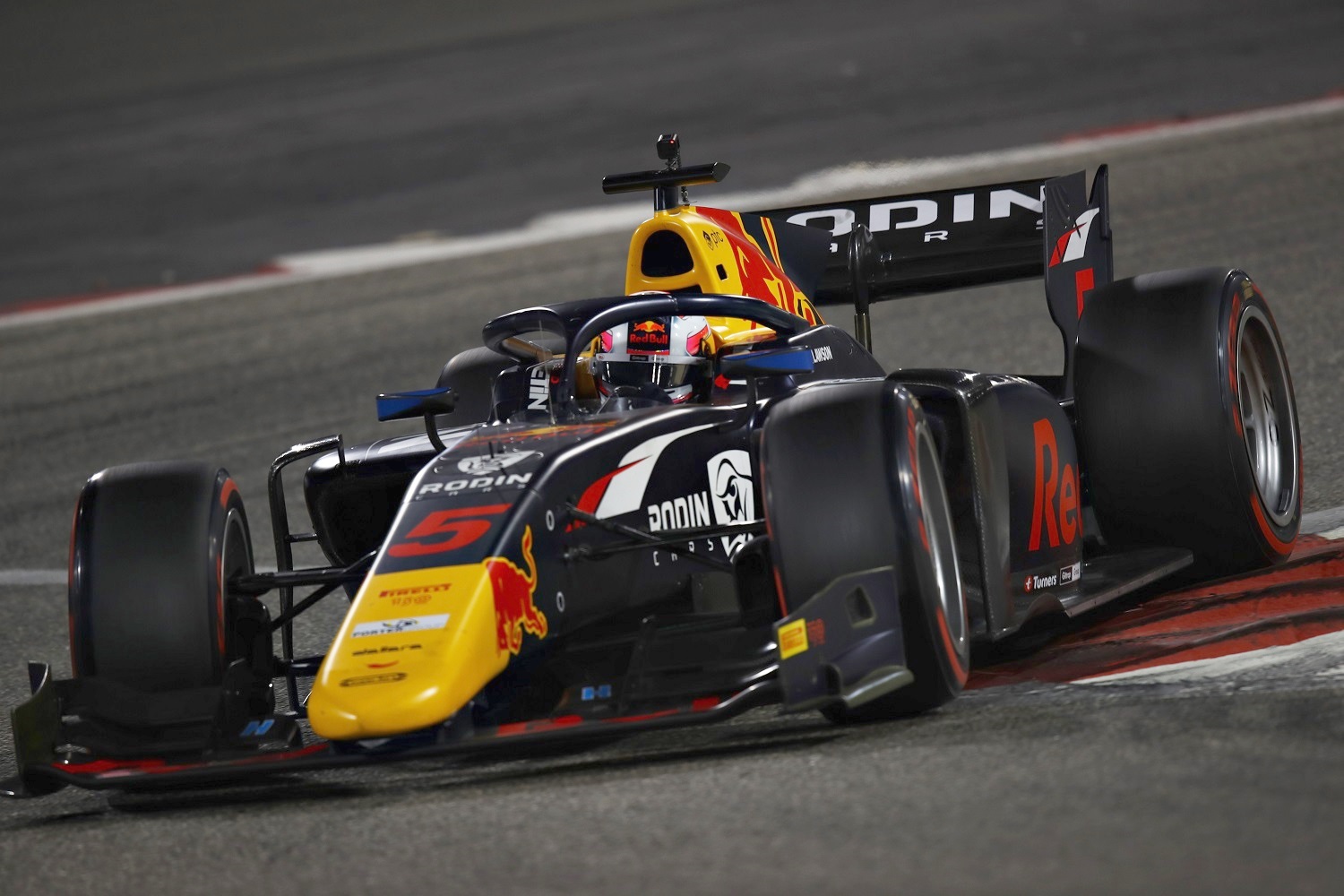 Carlin’s Liam Lawson became the first driver to go under 1m 42s in pre-season testing, finishing top of the leaderboard in the afternoon on Day 2 at Sakhir.

A selection of the teams opted to run a Qualifying simulation in the afternoon, but the Red Bull-backed second year was the only driver to break the 1m 42s barrier. Lawson’s best effort of 1:41.623 was a comfortable 0.473s ahead of Campos Racing’s Ralph Boschung and ART Grand Prix’s Theo Pourchaire, who had set identical lap times.

Vips had endured a stop-start opening day of testing but led a long-run focused morning session from start to finish on Day 2. The Estonian enjoyed a trouble-free opening stint and was the only driver to break the 1m 47s barrier, ending with a healthy 0.526s advantage over second-placed Verschoor.

The order remained consistent throughout the morning with six drivers totting up more than 40 laps each, including Enzo Fittipaldi, Calan Williams, Logan Sargeant and Frederik Vesti, who all made the top 10.

There were three red flags during the session as Van Amersfoort Racing’s Amaury Cordeel twice came to a stop on the track, firstly at Turn 8 and later at Turn 7. DAMS’ Ayumu Iwasa was the other stoppage, as he pulled up at Turn 2. The duo were the only drivers other than front two Vips and Verschoor to post fewer than 30 laps in the morning.

Charouz pairing Bölükbaşı and Fittipaldi finished in third and fourth ahead of VAR’s Jake Hughes and Campos Racing’s Ralph Boschung.

Williams, Sargeant and Vesti completed more than 128 laps between them and ended the morning in seventh, eighth and ninth. PREMA Racing’s Dennis Hauger rounded out the top 10.

Several drivers strapped on fresh boots for the afternoon as they aimed to lay down some fast times, but the session was interrupted early on as Marcus Armstrong’s Hitech clipped the barriers at Turn 8.

When the session resumed, MP Motorsport’s Felipe Drugovich posted the fastest time of the day so far with a 1:42.907. The Brazilian managed to find a further six tenths later on, which placed him eighth at the flag.

Carlin’s new-look line-up both took further chunks out of the quickest time as Sargeant dropped it down to 1:42.144, less than a tenth better than Lawson. Boschung briefly replaced them at the top of the table, but Lawson reacted by breaking the 1m 42s barrier for the first time this week.

Making his maiden appearance in the top five, Pourchaire matched Boschung to the thousandth, although classified third as the Swiss had completed his lap first.

Sargeant had fallen to fourth at the flag, just over half a second slower than his teammate. Virtuosi duo Jack Doohan and Marino Sato finished in fifth and sixth, just 0.030s apart.

In seventh was Vesti, who finished ahead of Drugovich. Jehan Daruvala and Verschoor completed the top 10, while Cem Bölükbaşı drove the most laps, setting 34.

The final day of pre-season testing will begin at 11.45am on Friday.