Team Stange Racing, the only Chicago-based NASCAR team, has partnered with blockchain development company Dignity Gold, LLC and its DIGau token as it competes in eight NASCAR Cup Series races throughout 2022, the first of many announcements to be made this year. 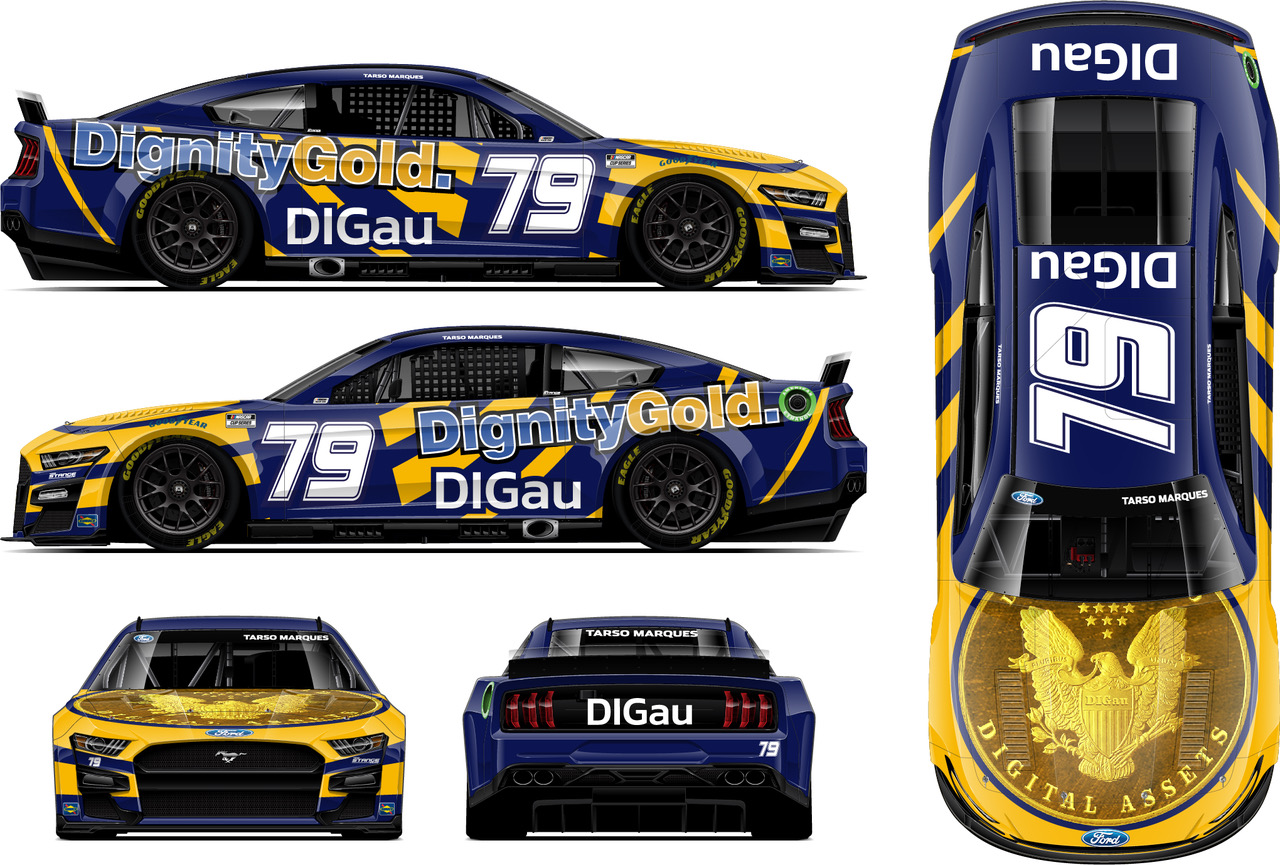 Dignity Gold is a United States-based digital security company that is taking a revolutionary approach to using verified gold reserves to back its security token. Making the deal between Team Stange Racing and Dignity Gold, LLC even more unique is that the entire sponsorship was paid in Dignity Gold’s DIGau tokens (traded on CryptoSX and BitGlobal).Team Stange Racing also announced that Tarso Marques, a Brazilian racing driver who has competed in 24 Formula One Grands Prix races, will be its driver in the NASCAR Cup Series races and other series to be announced in 2022.

“We’re thrilled for investors and the racing community to come together with this partnership from Dignity Gold, bringing value to the racetrack and race fans who possess a passion for digital securities and competitive racing,” stated John Stange, Jr., President and CEO of Team Stange Racing. “With an experienced driver like Tarso behind the wheel, we’re very optimistic about competing in the NASCAR Cup Series this year, with additional races and series to be announced. I look forward to teaming up with Dignity and my friend Tarso on the racing programs, as we continue to build a dream team, leading exciting projects outside of racing.”

“This is an incredible opportunity to bring awareness to race fans about a U.S. compliant digital security that is a modern investment vehicle based on a traditional equity, gold-reserves,” explained Kent M. Swig, Chairman of Dignity Corp. “Stange Racing and Dignity Gold will be a significant partnership, bridging the gap between casual fans, investors and the exciting new frontier of digital securities.”

Dignity Gold, LLC is a blockchain development company creating securities tokens to establish investment opportunities into the U.S. precious metals mining and mineral sectors. The DIGau token is a verified gold reserve-backed security token represented by a pledge of at least $6 billion in gold reserves in tailings and alluvial placer deposits.  DIGau tokens should be more liquid than physical gold which has significant logistical hurdles to its trading or physical possession.  DIGau tokens should offer comparatively fast and easy transferability, within the bounds of securities trading laws, and are intended to be tradable any time of the day, year-round. Founded in 2019 by Stephen Braverman and Kent M. Swig, Dignity Gold is the parent company of Dignity Corp. which is engaged in issuing the Dignity token using the ticker DIGau backed by gold deposits located in the United States. For more information, visit www.dignitygold.com, follow on Twitter at @DIG_Au, Telegram, or Instagram.

Team Stange Racing expanded into the IndyCar Series in 2019, finishing 22nd in the Indianapolis 500. Its goal for 2022 and beyond is to consistently compete for wins in the NASCAR Cup Series, and multiple racing formulas in both the USA and internationally. Team Stange Racing aims to build a motorsports empire looking at other motorsport disciplines to compete in 2023 along with NASCAR and the GT Sprint Race in Brazil. For more information, follow Team Stange Racing on Instagram, Facebook and Twitter.

Tarso Marques, 46, is a Brazilian racing driver who has participated in 24 Formula One Grands Prix, all with the Minardi team, beginning in 1996. In 1999, he moved stateside to drive in the American Champ Car ranks and caught the eye of legendary team owner Roger Penske. When two-time Indianapolis 500 winner Al Unser Jr. was injured, Penske asked him to fill in and he finished as high as 5th. In 2000, 2004, and 2005, he drove in that series for Dale Coyne Racing, with a best result of 11th. Since his last Champ Car outing in 2005, Marques has driven in the FIA GT, BOSS GP, Endurance Brasil, TC2000 and Stock Car Brazil championships. Tarso is a six-time winner at Daytona Bike Week’s Rat’s Hole and the founder of TMC, the biggest design studio in South America which creates projects of custom cars, motorcycles, airplanes, yachts and architecture. Learn more about Tarso at TarsoMarques.com and on Instagram @tarsomarquesoficial.