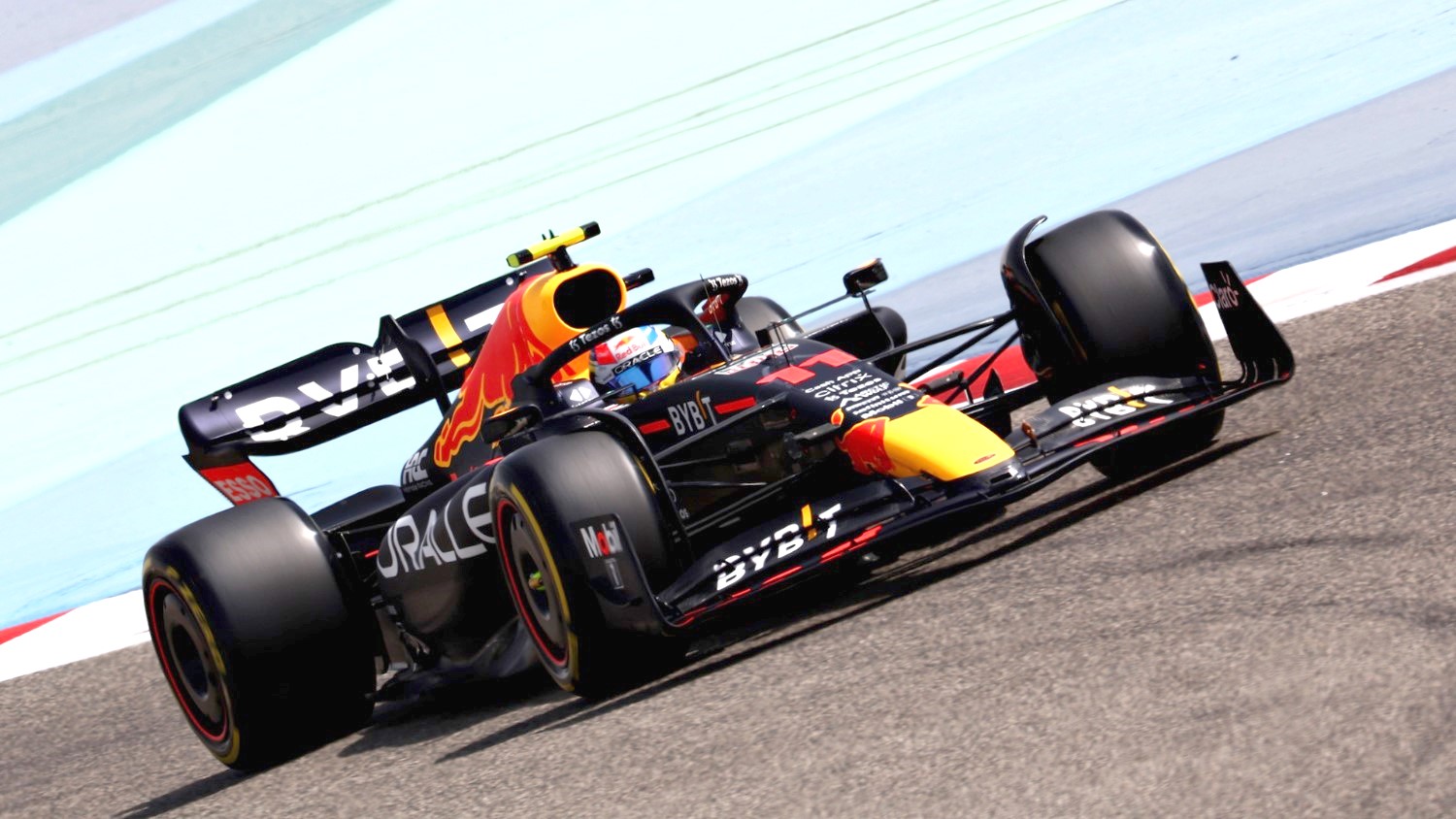 Red Bull installed reprofiled sidepods on Sergio Perez’s 2022 Red Bull F1 car Saturday morning in Bahrain, and he put them to good use, turning the fastest time of 1m33.015s in the AM session on the final day of F1 preseason testing in Bahrain

The top 3 runners were on the soft C4 Pirelli compound.

Guanyu Zhou was 2nd best for Alfa Romeo some 0.854s behind. The Chinese rookie notched up a solid lap count in another show of Alfa Romeo’s improved reliability.

Pierre Gasly’s porpoising Alpha Tauri was 3rd, a whopping 1.760s back while Carlos Sainz Jr and Fernando Alonso rounded out the top-5 for Alpine, a half-century of laps under his belt by lunchtime.

Of course all the teams have yet to show their true hand, especially Mercedes with Lewis Hamilton 3.112s off the pace in the ‘trick’ Mercedes running the softest C5 compound but with heavy fuel loads and the engine turned way down.  They sandbag every year in preseason testing and then come to the first race and blow everyone away.

“The sidepods was quite a significant change and it is just a case of trying to understand what the effect of all that was. There’s a lot of learning you get [still] from Barcelona, especially when you look at wind tunnel correlation,” said Andrew Shovlin, Mercedes Trackside Engineering Director.

Hamilton said: “We’ll be really, really, really good if we were having all these oversteer moments and tacky driving just to hide our cards!

“That’s not the case. We have things we’re trying to get through. Others are struggling less.

“Who knows, maybe when we’ll get to next week we’ll have a better understanding.”

Hamilton cited “the wind and the bouncing” as the two major hurdles he’d faced on Friday, with the latter “worse, if anything” than it had been in the first test at Barcelona.

“We’re just working through lots of different scenarios trying to figure out how to hold onto the downforce and not have it bouncing as it was in the last test.

“I think everyone is probably in a similar boat. Some have managed to get around it in a better way. It’s just difficult out there.

“It’s tough to drive. You can see on the onboards tank slappers left, right and center, then bouncing and bumping.

“The car is not quite happy at the moment, but we’re trying to tame it.”

McLaren appear to in a much better place based on that session, 39 laps for Norris, just ten less than he managed across the entirety of the first day.

The only team to struggle were Haas – a fuel system issue derailing their running. “What an awesome feeling to be back in the car! Yesterday was a lot of fun – my neck doesn’t agree though…” said Kevin Magnussen who was dead last this morning,

The chase is on 😅@LewisHamilton follows @PierreGASLY around for several laps, helping to get a sense of race conditions in these new cars #F1Testing #F1 pic.twitter.com/HE0fV1iYzC