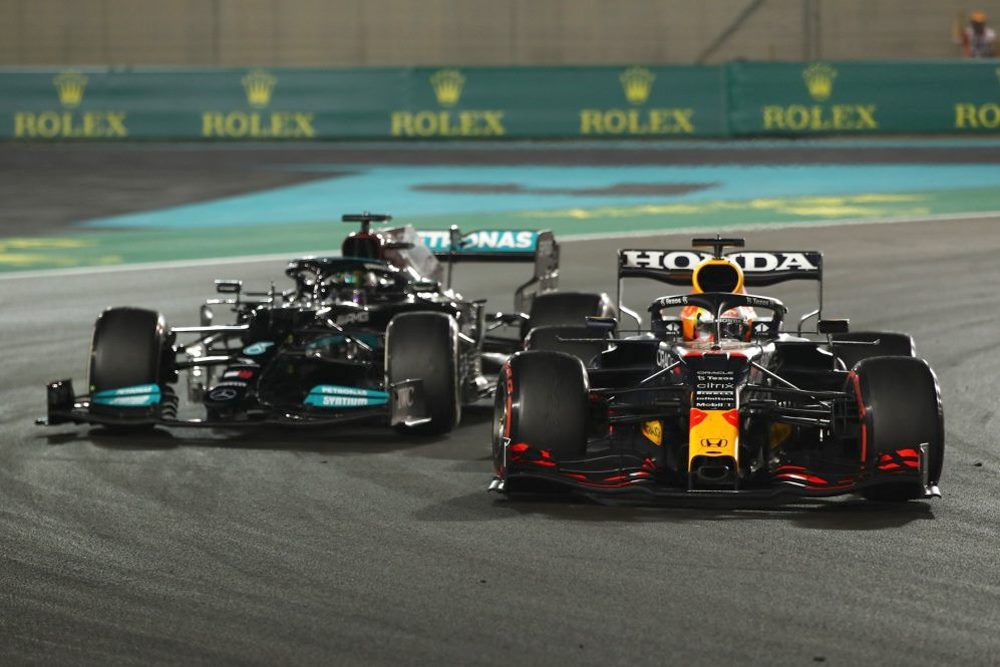 Previously, the rule read any car can be waved past the leader under safety car conditions during a race.

The original wording became a major talking point after the 2021 season finale when race director Michael Masi chose to only allow those cars between leader Lewis Hamilton and second-placed Max Verstappen to be waved by.

Cars behind Verstappen were told to stay put, including those that were between the Dutchman and third placed Carlos Sainz.

At the restart with one lap to go Verstappen took advantage of his new tires to pass Hamilton and claim both the race victory and the world championship.

So, if Masi had waved all the cars around, Hamilton would have still been schooled by Verstappen.

In order to ensure that there won’t be a repeat, and after a discussion with the teams, the FIA has amended the relevant rule, which now specifies that all lapped cars must be waved past the leader if it is considered safe to do so.

In rejecting Mercedes protest last December, the Abu Dhabi stewards admitted that “Article 48.12 may not have been applied fully”.

Article 48.12 of the 2021 Sporting regulations read: “If the clerk of the course considers it safe to do so, and the message ‘LAPPED CARS MAY NOW OVERTAKE’ has been sent to all Competitors via the official messaging system, any cars that have been lapped by the leader will be required to pass the cars on the lead lap and the safety car.

“This will only apply to cars that were lapped at the time they crossed the Line at the end of the lap during which they crossed the first Safety Car line for the second time after the safety car was deployed.”

However, the latest version of the regulations, issued today sees Article 55.13 state that: “If the clerk of the course considers it safe to do so, and the message ‘LAPPED CARS MAY NOW OVERTAKE’ has been sent to all Competitors using the official messaging system, all cars that have been lapped by the leader will be required to pass the cars on the lead lap and the safety car”.

The second rule at the heart of the Abu Dhabi controversy has been left unchanged.

This is the requirement the race must be restarted “at the end of the following lap” after the message is relayed that lapped cars may now overtake.

Masi ignored this rule and restarted the race at the end of the lap on which he had ordered only some lapped cars to pass the leaders.

Had he followed the rules as intended on this aspect, the race would not have restarted and Hamilton would have been world champion.

There is also a minor change to one of the new tables of points allocations for shortened races that have been introduced for this year.