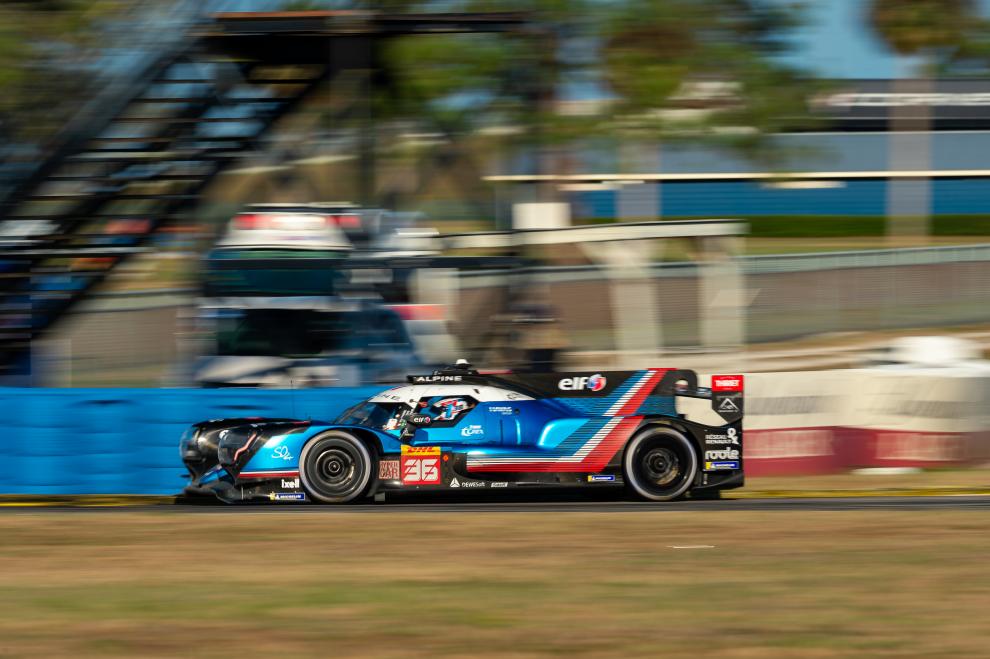 The first official track sessions of the 2022 FIA World Endurance Championship got underway today (Wednesday), to start the countdown to the opening round of the season, the 1000 Miles of Sebring.

After LMP2 cars set the pace in the Prologue pre-season test sessions, the senior Hypercar entrants began to assert their authority. Fastest in the morning session was the Glickenhaus 007 driven by double 24 Hours of Le Mans winner and former WEC champion Romain Dumas, who set a time of 1m49.738s.

The afternoon session saw the Alpine Elf Team to the fore with the fastest time of 1m50.512s being set by Matthieu Vaxiviere. The defending WEC champions at Toyota Gazoo Racing had struggled for pace in the Prologue but were contending for the top of the timesheets throughout the day.

The #36 Alpine A40 Gibson Hypercar of Andre Negrao topped the second 60 minute Wednesday Free Practice session ahead of the FIA WEC’s season-opening 1000 Miles of Sebring.

Negrao’s best effort of 1:50.845 was over half a second clear of the best of the rest of the Hypercar entry, this the #8 Toyota GR010 Hybrid.

Between the pair though were no fewer than three LMP2 runners with Paul di Resta less than two tenths off the Alpine in his #23 United Autosports Oreca, edging out the sister #22 United car by less than two hundredths of a second.

The Porsche GT Team’s number 92 car took a clean sweep of fastest times in the manufacturer-backed LMGTE Pro class. Kevin Estre set a time of 1m58.827s to go top of the opening session and team-mate Michael Christensen lowered the bar to 1m58.488s in a session when the Porsches and their new season-long challenger, the Corvette Racing team, were within half a second of each other.

Michael Christensen was  fastest in the #92 Porsche (1:58.488), under a tenth of a second ahead of Nick Tandy in the #64 Corvette Racing C8.R, the Corvette splitting the two factory Porsches.

Porsche drivers also topped the timesheets in the opening session for the LMGTE Am class, with Team Project 1 driver Matteo Cairoli setting a lap of 1m58.906s, but in the second session it was the Northwest AMR team’s Aston Martin that held sway with a time of 2m00.029s.

There were two cautions in the session, the first for an on-track issue for the #45 Algarve Pro Racing Oreca, the car though made it back to pit lane.

There was trouble too between the #7. Toyota GR010 of Mike Conway and the #28 JOTA Oreca of Jonathan Aberdein in the last few minutes of the session, the pair coming into contact at Turn One with a post session investigation signalled by race control.