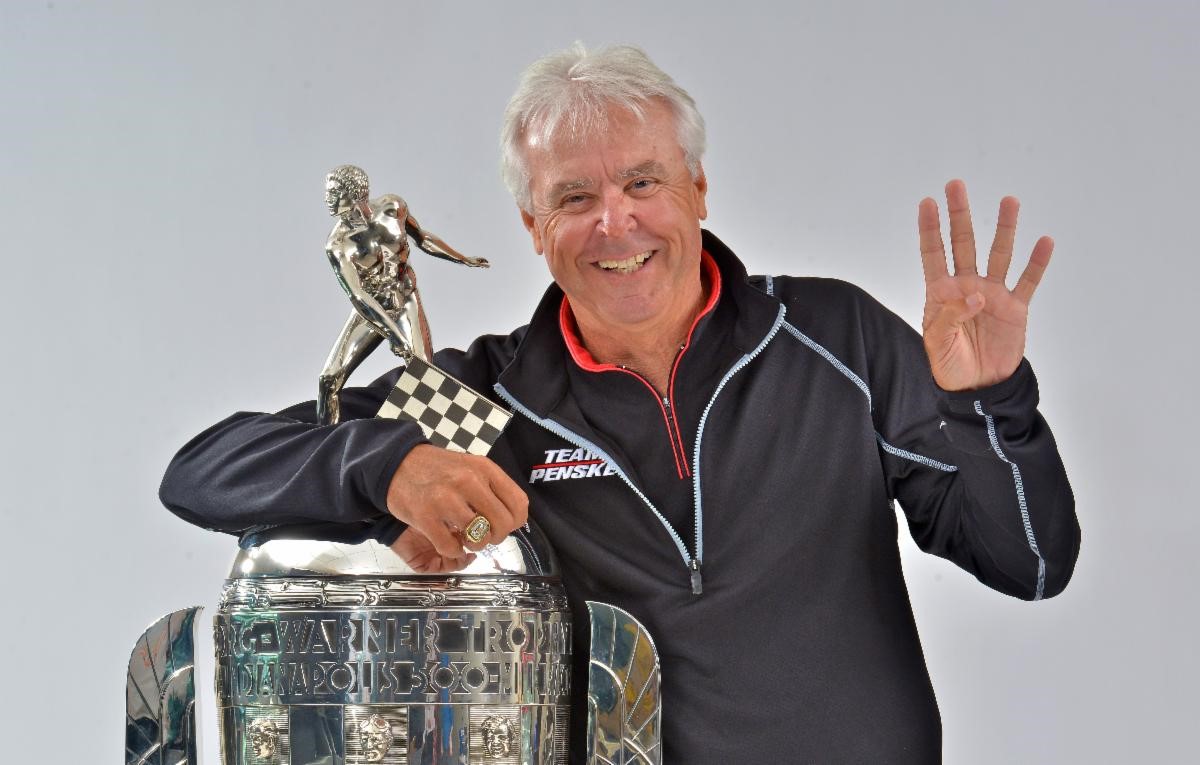 Rick Mears, four-time winner of the Indianapolis 500® and three-time INDYCAR SERIES champion, will be honored by the Road Racing Drivers Club at the “RRDC Evening with Rick Mears Presented by Firestone” in Long Beach, Calif., on Thursday, April 7. This will be the RRDC’s 12th banquet honoring auto racing’s most influential leaders and icons, and will be held prior to the 47th Annual Acura Grand Prix of Long Beach.

The Firestone brand will return as presenting sponsor of the RRDC banquet for the 11th year.

“Having Firestone support the RRDC Long Beach dinner for more than a decade is a true privilege,” said RRDC President Bobby Rahal. “Firestone has an unrivaled heritage in motorsports dating back to the first Indy 500® in 1911. We always welcome Firestone’s support, and salute the brand’s long-standing success and contributions to the sport.”

The dinner’s proceeds will help support the RRDC’s young driver initiatives, including its groundbreaking SAFEisFAST.com program and the Team USA Scholarship, which the RRDC has backed since 1997 and has been providing opportunities for talented young American race-car drivers since 1990. The Mark Donohue Foundation, a 501(C)(3) tax-exempt organization, was formed to further support the SAFEisFAST.com initiative. Information about the Foundation can be found on the RRDC’s website.

Few drivers have epitomized “The Penske Way” more than Mears during the course of his career with Team Penske, which began in 1978. His 29 INDYCAR wins are tied with Helio Castroneves for the second most by a Team Penske driver, but it was the respectful yet determined way Mears raced and conducted himself that set him apart.

One of four drivers to win the Indianapolis 500 four times, Mears also won three INDYCAR SERIES titles with the team in 1979, 1981 and 1982 while becoming an American icon. He remains a valuable member of the team as an advisor and spotter to the current Team Penske contingent competing in the NTT INDYCAR® SERIES.

He was born in 1951 in Wichita, Kan., then relocated with his family at the age of 4 to Bakersfield, Calif. He began his racing career in the 1960s on motorcycles in Southern California before moving on to four-wheeled “sprint buggies.” In 1973 he took seven off-road victories, followed by an overall win at Pikes Peak in 1976. His USAC Championship Car Series debut came with Bill Simpson at Ontario, Calif., that year, after which the car was sold to Art Sugai and Mears failed to qualify the car at the 1977 Indy 500.

Mears met legendary car owner Roger Penske in 1977 and was offered an Indy car ride as a substitute for Mario Andretti in races that conflicted with Andretti’s Formula One schedule. In 1978 he started on the front row in his first Indianapolis 500, was named Indy 500 co-rookie of the year, and scored his first three INDYCAR SERIES victories.

In 1979, Mears won his first Indianapolis 500 from the pole and went on to claim his first INDYCAR SERIES championship in the first year under CART (Championship Auto Racing Team) sanction. His second and third titles came back-to-back in 1981 and ’82, making him the first driver to capture three PPG Cup crowns. The year 1981 also marked the only time an INDYCAR SERIES driver won every road course event in one season when Mears set race records with each victory at Watkins Glen, Mexico City, and Riverside.

Mears also set a closed-course INDYCAR speed record of 233.934 mph at Michigan International Speedway in 1986 and was recognized in 1990 as the Associated Press “Driver of the Decade” for his 20 wins in the 1980s. In 1992, he was named one of 10 “Champions for Life” by the Driver of the Year Award’s panel. He was the youngest driver of this prestigious group.

“Rick has done so much in and for this sport beginning with his time as a motorcycle and off-road racer. His transition to winning races and championships in the INDYCAR SERIES was seamless,” said Rahal. “His time and success with ‘the Captain’ Roger Penske solidified his place in motorsports history, and we at the RRDC are honored to have the opportunity to recognize Rick Mears for all his achievements.”

The RRDC Evening with Rick Mears Presented by Firestone will be held on Thursday, April 7, at the Hilton Hotel, 701 West Ocean Blvd, Long Beach, Calif., with cocktails at 6 p.m., and dinner at 7:15 p.m. Tickets are $280 per person ($250 for RRDC members) if purchased by March 28, and space is limited. An additional $20 will be added to cost if paid after March 28. Sponsor packages are also available. All are welcome, but this event is expected to sell out, so early reservations are recommended. Please contact Jeremy Shaw at rrdc2@cox.net.