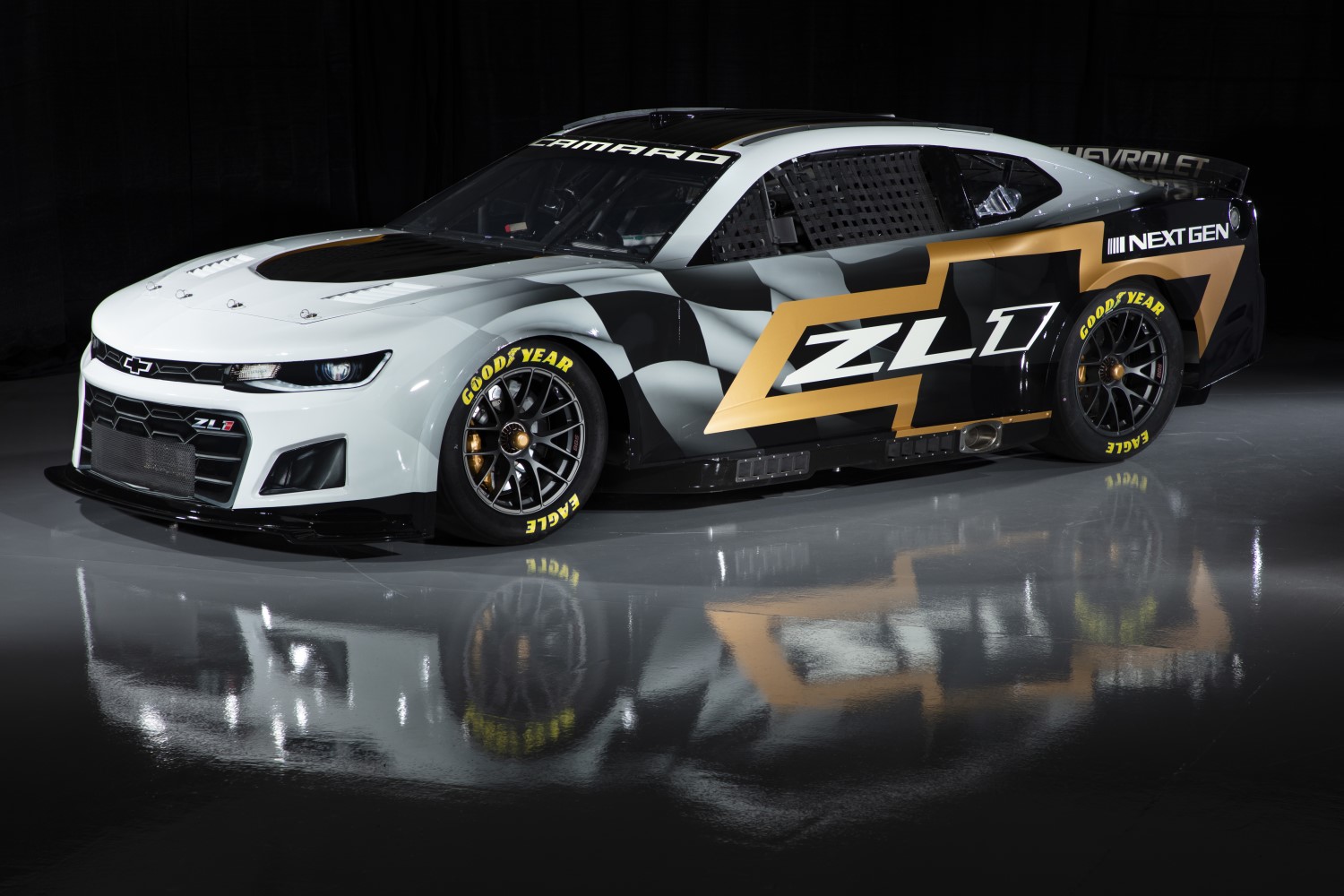 Nearly half a century after Bill France Sr. first took stock cars to the prestigious 24 Hours of Le Mans, NASCAR and Hendrick Motorsports have announced their intention to compete in the 2023 event as the special Garage 56 entry.

NASCAR and Hendrick Motorsports announced a cooperative venture Thursday that would bring a modified Next Gen stock car to the 24 Hours of Le Mans for the race’s centennial celebration in 2023.

The project – which also includes collaborative efforts from IMSA, Chevrolet and Goodyear – would bring a specially prepared Camaro ZL1 from the NASCAR Cup Series into the international motorsports scene’s biggest endurance race. Once approved by race organizer l’Automobile Club de l’Ouest (ACO), the proposed entry would fill the Garage 56 slot – an extra starting berth that showcases innovative vehicles outside of the race’s traditional classes.

Chad Knaus, Hendrick Motorsports’ vice president of competition, will oversee the project. Officials on hand Thursday indicated that the team’s driver lineup and other technical details about the Le Mans entry would be announced at a later date.

It’s the next step in the evolution of the seventh-generation stock car for NASCAR’s top division. After years of development, the Next Gen model debuted this season in Cup Series competition. Its sports-car chops and its adaptability would be tested at Le Mans, where the car would bring an American flavor to the renowned Circuit de la Sarthe.

“From the early days of NASCAR, it was important to my father that we played a visible role in international motorsports, and there is no bigger stage than the 24 Hours of Le Mans,” said Jim France, NASCAR Chairman and CEO. “In partnering with Hendrick Motorsports, Chevrolet and Goodyear, we have the winningest team, manufacturer and tire in NASCAR history. We look forward to showcasing the technology in the Next Gen car and putting forward a competitive entry in the historic race.”

It’s not the first NASCAR foray into the 24 Hours of Le Mans. In 1976, NASCAR founder Bill France Sr. and event organizers agreed to create a new Grand International class – a play on the “Grand National” name of the Cup Series at the time. That move opened the door for two stock-car entries: a Dodge Charger owned and driven by NASCAR Hall of Fame nominee Hershel McGriff with his son, Doug, as a co-driver; and a Junie Donlavey-prepared Ford Torino for drivers Richard Brooks, Dick Hutcherson and Marcel Mignon. The French media dubbed the stockers “the two big monsters,” noting how they stood out among the smaller prototypes and sports cars.

Le Mans’ Garage 56 entry was created in 2012 to provide a featured spot for inventive cars with cutting-edge technology – all outside of the race’s normal classifications and its 55-car field limit. Garage 56 entries are not eligible to compete for the overall win, but are scored and classified in the official results. They must also meet safety and performance standards to race alongside the event’s other entries.

Knaus won seven Cup Series championships as a crew chief for Jimmie Johnson’s efforts in the Cup Series before making the transition to Hendrick Motorsports’ front office for competition. In an interview last year with NBC Sports, Knaus indicated he hoped to one day race at Le Mans, furthering the work he’s done with the Action Express Racing team and Johnson’s partial driving schedule in the IMSA WeatherTech SportsCar Championship.

Team owner Rick Hendrick also has a history of involvement in sports-car racing, fielding the factory Chevrolet Corvette GTP in IMSA’s top class from 1985-88. His intent to field a Le Mans entry would represent a first.

“Participating in one of the truly iconic events in auto racing and representing NASCAR and Chevrolet on the world stage is a privilege,” said Rick Hendrick, owner of Hendrick Motorsports. “Jim deserves tremendous credit for having the vision for the project, and we thank him for trusting our organization with the responsibility. Even though Garage 56 is a ‘class of one,’ we are competitors and have every intention of putting a bold product on the racetrack for the fans at Le Mans. It’s a humbling opportunity – one that will present an exciting challenge over the next 15 months – but our team is ready.”