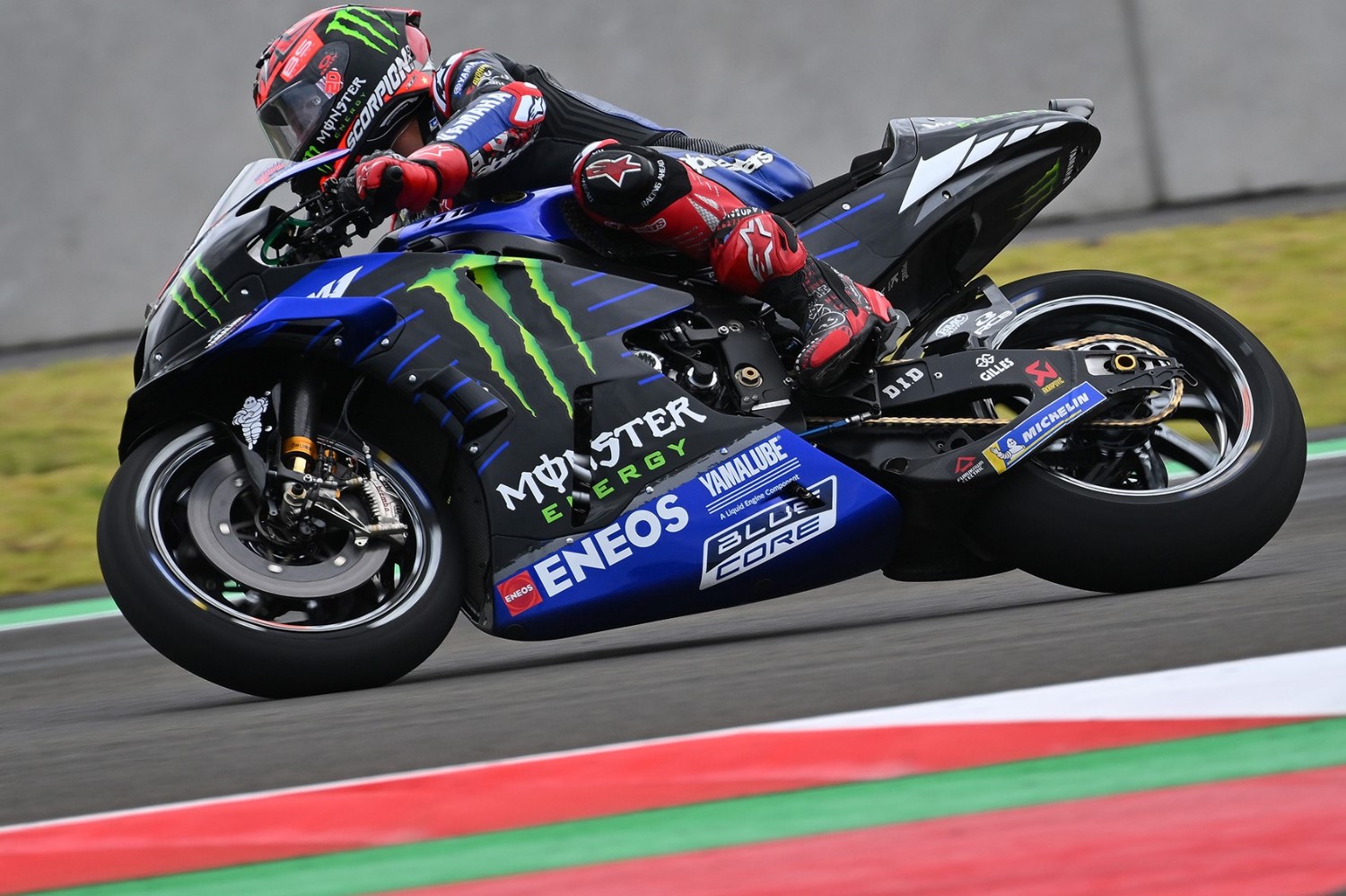 For the first time since the 2021 Catalan GP, Fabio Quartararo will start a MotoGP race from pole position after an incredibly dramatic Pertamina Grand Prix of Indonesia played out.

Jorge Martin and Pramac Racing teammate Johann Zarco will start from P2 and P3, while Brad Binder of Red Bull KTM will line up in fourth ahead of Qatar winner Enea Bastianini and Ducati’s Francesco Bagnaia.

Alex Rins claimed eighth place after a fiery accident in FP4, which was red-flagged after his Suzuki caught fire at turn 13 although the rider escaped unharmed.

“It’s great to be back here, it’s been a long time. I’m super happy,” Quartararo said.

“I think today we didn’t make too many mistakes in qualifying and I think that paid off. Thanks to the team because we never gave up even with bad results and we are here again. I feel great for tomorrow.”

Q1 was one of the most competitive and unpredictable we’ve seen in a long time. Eight World Champions were battling it out for the top two positions, including Repsol Honda Team duo Marc Marquez and Pol Espargaro, Francesco Bagnaia (Ducati Lenovo Team), and Joan Mir (Team Suzuki Ecstar). But they were not going to have it easy. Not at all.

Mooney VR46 Racing Team’s Marco Bezzecchi and Luca Marini were the top two after the first lap times were slammed in. Their VR46 Academy stablemate Bagnaia then took over at the top of the timesheets, with Marc Marquez P4 – and on a three-stop strategy. Mir was down in P12 after the first stint, 0.5s away from the all-important top two.

Drama then unfolded for Marc Marquez. Pushing hard, the front of his RC213V washed away at Turn 13. The eight-time World Champion was straight back up on his feet on immediately headed back to pitlane, and was back out with three minutes to go. Pecco was having no such issues though, the Italian went 0.4s clear of now second place Fabio Di Giannantonio (Gresini Racing MotoGP™) with the best lap of the weekend.

What did we say about totally unpredictable? Marc Marquez had just passed Takaaki Nakagami (LCR Honda Idemitsu) and was pressing hard for the top two. But, at Turn 12, the number 93 was down again. Then, Mir was on the deck as both Repsol Hondas and Mir miss out on a Q2 place, with Bagnaia and Di Giannantonio heading through. What a barnstorming Q1 session in Indonesia.